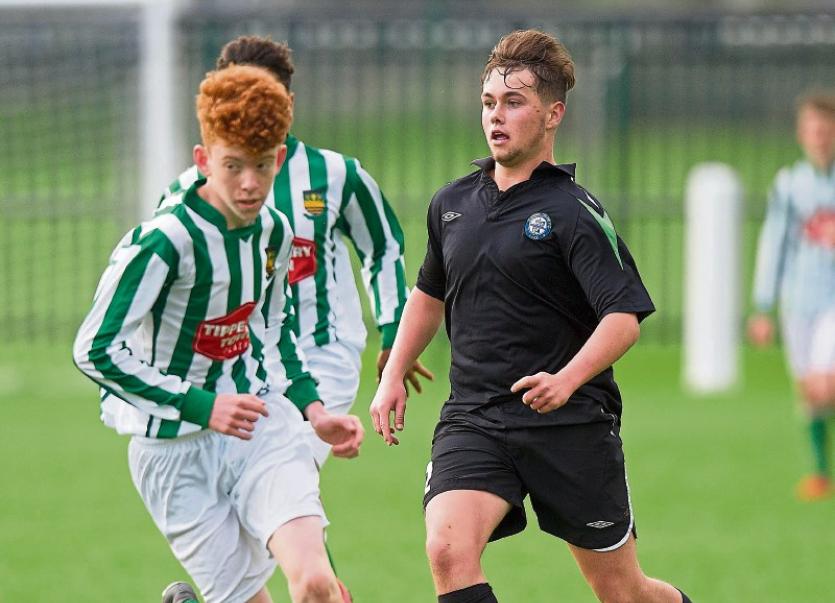 Saints Youths built a solid platform here with two quick first half goals and they never relinquished that advantage as Celtic lost their way and indiscipline saw them finish the game with only eight players.

Early exchanges were even until Saints took the lead on fourteen minutes when Celtic keeper Jason Connolly carried the ball outside his area on a kick out and Cian Bargary's free kick found the net from the edge of the area.

Two minutes later it was two to nil when Alan O’Donnell’s shot was deflected past Connolly, and five minutes after Bargary was upended on a trademark pacey run but he ballooned the spot kick over the bar. The visitors only had a short while to wait to make it three when a rampaging Bargary’s cross found Alan O’Donnell who finished well from close range.

Saints made it four when Bargary got his second but Celtic were awarded a spot kick of their own shortly after and Ronan Quigley converted. Any hope that Celtic had of a comeback evaporated when they were reduced to ten men shortly after the break, and Shane Ryan forced the ball in from close range a minute later following a corner kick.

The rest of the game was a bit ragged as Saints powered forward at will and Celtic lost two more players second yellow cards. Alan O’Donnell scored with penalties sandwiched in between by a neat Shane Ryan finish which left it at 8-1 in the end