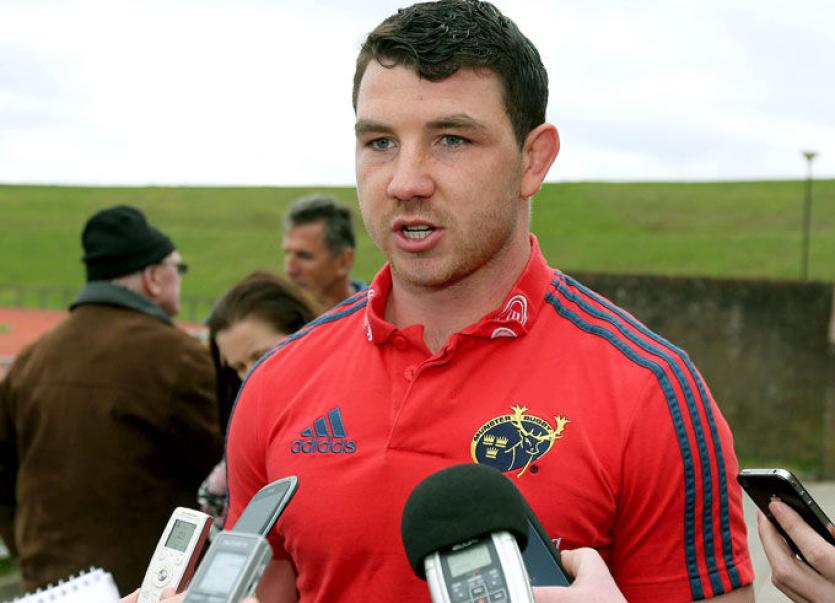 Butler, who will celebrate his 26th birthday on December 1st, alternates between a number eight or blindside flanker with the French club side. Indeed, during the 2015-16 season Butler played in 24 of his side’s 26 league games (starting 19).

Paddy Butler captained Rockwell College in the 2008 Munster Senior Cup before earning a full development contract with Munster after being promoted from an academy contract in time for the 2010-11 season. Butler made his full debut against Connacht in December 2010 and won the man of the match award in the 2012 British and Irish Cup final when helping Munster A to a 31-12 win over Cross Keys. In October 2012 Paddy Butler made his Heineken Cup debut away to Racing Métro 92.

The Tipperary man represented Ireland at underage levels and featured for his country at the Under-20 Rugby World Cup in Argentina (June 2010). Butler was also called up to Irish senior squad for a test against the Barbarians in May 2012.

Paddy Butler made 64 appearances for Munster (34 starts) over five season before growing frustrated by limited game time. In 2015 Butler accepted an offer from Pau to join the French Top 14 side.

Pau (also known as Section Paloise Béarn Pyrénées) is a French rugby union club which competes in the Top 14 (the highest level of the French league system). The town of Pau (population: 80,000) is situation at the very heart of a passionate rugby community in the Béarn region on the northern edge of the Pyrénées.