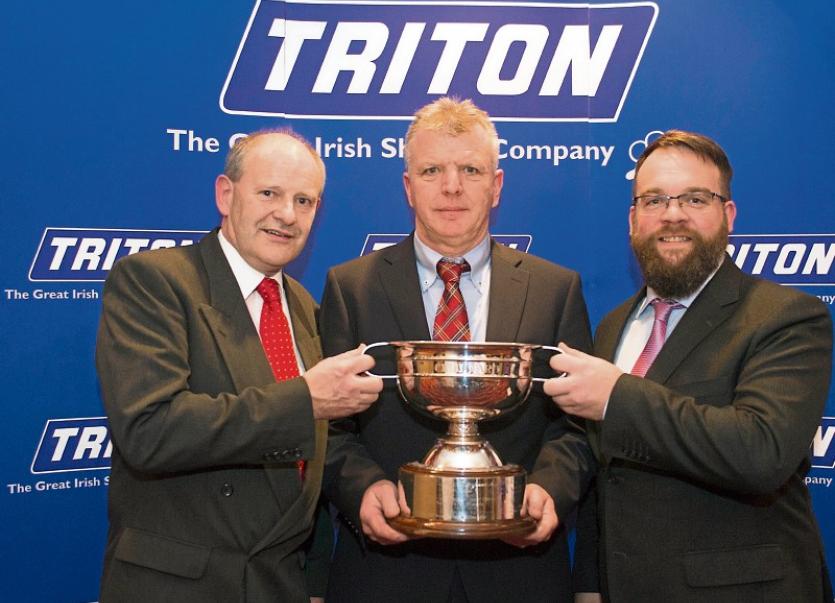 Clonmel’s Roy White, the third Tipperary driver to win the National Rally series and his Cork co-driver James O’Brien were the recipients of the top award at the Triton Showers National Rally Championship presentation ceremony at the Sheraton Hotel, Athlone.

Almost three hundred guests attended the glittering prizegiving where competitors from all over the country and some from overseas were honoured for their endeavours for the eight round series.

White clinched the magnificent Vard Memorial Trophy on the sixth round of the campaign, the Tipperary Stonethrowers Rally in Clonmel.  Following a standing ovation Roy told the assembled audience. “To win the championship in my hometown of Clonmel was really, really special, no doubt it was the highlight of what was a very successful season in the Triton Showers National Rally Championship.”

Having finished within the top three for a number of seasons including 2014 when he lost the series by a single point, Roy acquired his FESP/Arbelos liveried Ford Fiesta WRC in the latter part of 2015 with a view to winning the championship. 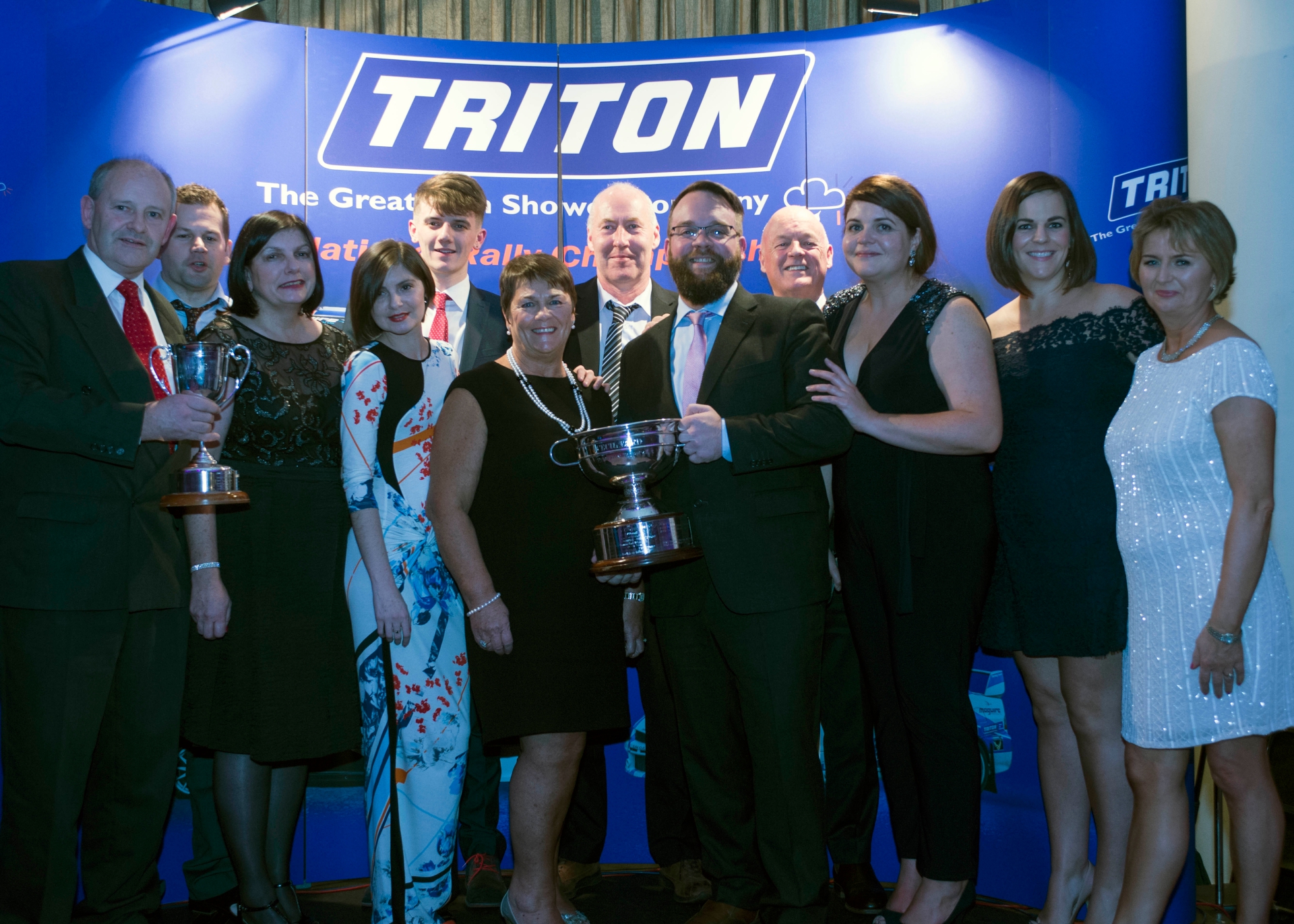 The former Irish Tarmac Group N champion duly acknowledged the support of those involved in his success.  Roy took the lead on the second round in Kerry and was never headed thereafter.

“This was very much a team effort.  My co-driver James did a magnificent job, he’s a very talented co-driver.”  Tom (Gahan) prepared an absolutely brilliant car, there are others too like Des (Cooney), whom I’ve known for a very long time and of course my father Sean, Dara and all my family and friends.”

There was another cause for celebration within the White camp on Saturday night last as Sean celebrated his 66th. birthday.  Nenagh co-driver Greg O’Brien finished third in Class 16.  Meanwhile, Clonmel’s John Ward, who was clerk of the course for the Stonethrowers Rally, accepted an award on behalf of the Tipperary Motor Club.