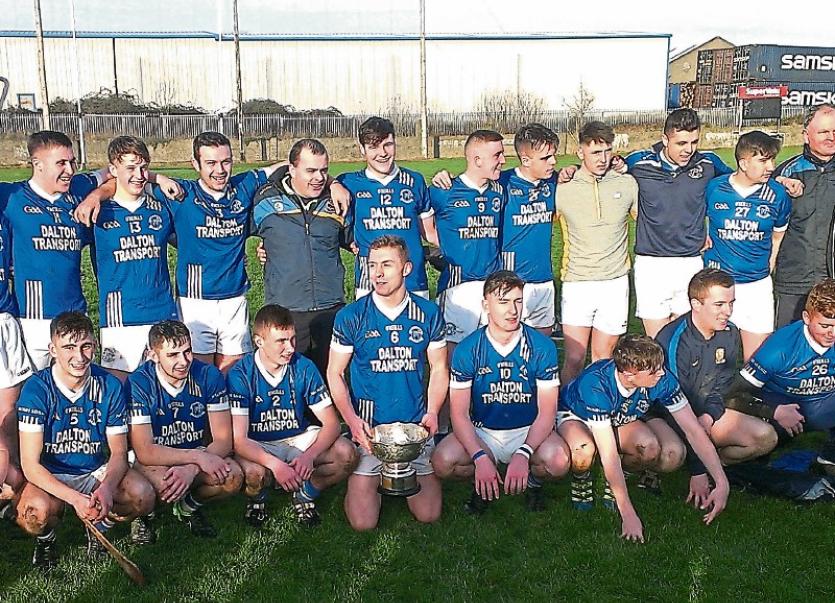 SUCCESS BREEDS SUCCESS is the oft quoted old adage and it came to mind once again on Sunday when St. Mary’s captured their first South Tipperary under 21 ‘A’ hurling title in 28 years.

Having put county minor titles back-to-back this year and last, the Clonmel club, as if fortified with a new-found confidence and belief in themselves, edged Killenaule at Davin Park, Carrick-on-Suir, to capture the club’s first win in this grade since 1988.

It was fully deserved victory  at the end of an entertaining game of hurling so late in the calendar year, with St. Mary’s just about holding off Killenaule by two points. But there was scarcely a puck of a ball between the two sides all day and the winners can thank some heroic defending in the dying minutes, particularly from Ross Peters, when a slip up might have allowed ‘The Robins’ in to steal it.

But all told it was a magnificent team effort by St. Mary’s with many fine performances on the day from the likes of Eric Walsh, Gavin Ryan, Richie Gunne, Matt Barlow and Michael Murphy driving the team on over the winning line. 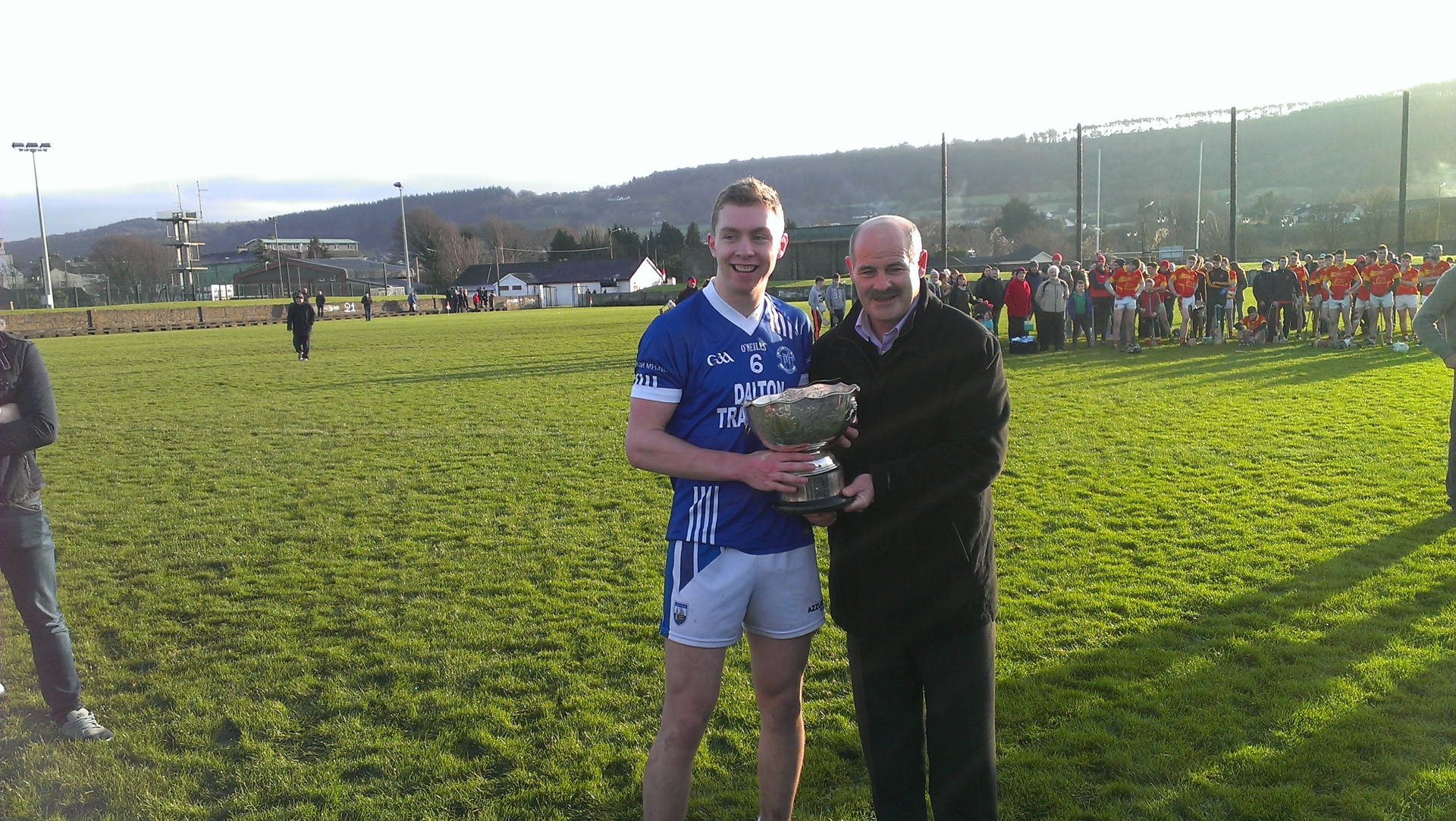 St. Mary's captain Liam Ryan accepts the cup from Seamus Mullins, Secretary South Board, after the Clonmel side had defeated Killenaule in today's final played at Davin Park in Carrick-on-Suir.

The winners started very well and four fluid points from play inside the opening minutes gave them an unexpected cushion.

However they were soon rocked when Tom Stakelum goaled for Killenaule

The goal was the kick-start Killenaule needed and by the 13th minute they had their noses in front at 1-3 to 0-5 - the only time in the whole encounter that they would lead.

In the 10 minutes before half-time, powered on by some solid defensive play from Liam Ryan and Ross Peters, St. Mary’s regained the initiative to lead by two at the break, 0-9 to 1-4.

Each time the gauntlet was thrown down to the Clonmel side in the second half they responded manfully to the challenge and in the ebb-and-flow nature of the game they held their advantage right to the end - just about.

Willie Barrett’s final blast of the whistle was greeted with great joy, a mini-famine of 28 years without a South under 21 'A' title at last ended and perhaps another step taken by the Clonmel club with ambitions for senior hurling before too long. This latest victory can only help in that regard.

Full report and images from the final in this week’s issue of The Nationalist on Wednesday.