Tipperary town side St. Michael's warm up for cup clash with Clonmel Town 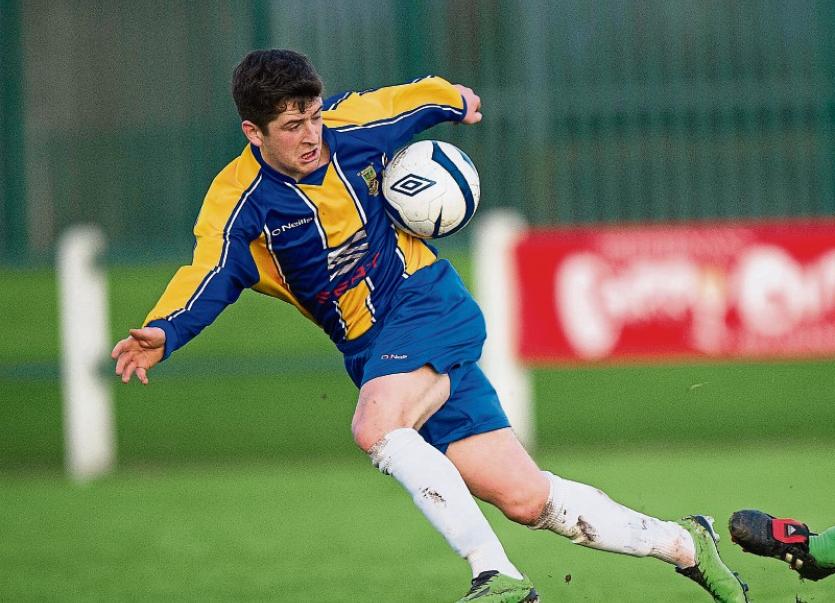 After the disappointment of going out of the FAI Cup before Christmas, St Michael’s had to come from behind against struggling Two Mile Borris to  win 6-1 and get their Premier League back on track on Friday night, 28th December.

It also came as a timely win ahead of their huge Munster Junior Cup tie against arch rivals Clonmel Town on Sunday.

The game sprung right into life from the kick-off when Darren Ivors of Borris got in behind the home defence and beat Derek Breen to give the visitors a shock lead. However the advantage  lasted barely a minute as right from the kick-off a Borris defender was adjudged to have handled a Paddy Fitzgerald cross in his own area and Joey Mulcahy made it 1-1 from the penalty spot.

After that the game settled with the Saints having the majority of the play and pushing Borris deeper and deeper as the first half wore on. Just after the quarter hour, the home side hit the front when Russell Quirke found Jimmy Carr and the Irish international fired home. Mulcahy had two more chances to extend the lead but both came to nothing and Saints went in 2-1 up at half-time.

St. Michael’s despite owning the ball and having a couple of half chances, had to wait until the hour mark to increase the lead when David Slattery headed in a Chris Higgins cross.

The home team emptied their bench and continued to be in the ascendant, but it took until six minutes before the end before Paul Breen got their fourth when he volleyed home a Mulcahy cross.

Substitutes Ryan Deere and David Grincell then tacked on two more late on, to ensure a comfortable win, and set them up for the fireworks that are sure to accompany next week’s huge Munster Cup tie with rivals  Clonmel Town.