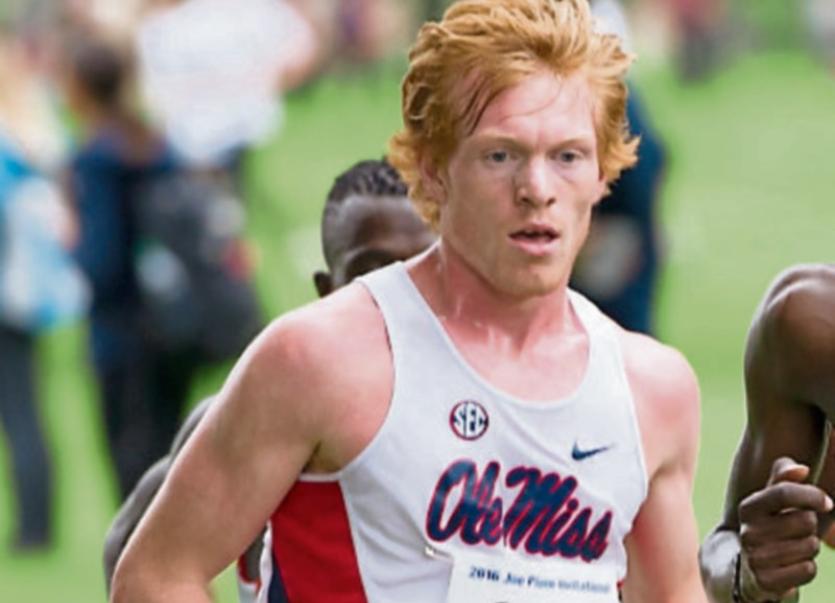 Clonmel runner Sean Tobin in action for Ole Miss in the United States.

Clonmel Athletic Club are thrilled with a performance by former club member Sean Tobin in the US over the weekend.

The Indoor season is getting into full swing in America and it is great to report that Ole Miss student Tobin is putting in some great performances.

At the Razorback Invitational last weekend, the Clonmel man competed in the mile and he was well positioned throughout the event, tracking the early leaders.

Sean then put in a blistering final 200 meters to cross the line in 4:00.09 and win the invitational section of the men’s mile.

He was just barely off his own school record of 3:59.91 that he ran as a freshman in 2014. His 4:00.09 should rank him fourth or fifth nationally this season, a brilliant performance.

Then later in the evening he teamed up with Robert Domanic, Nick DeRay and Craig Engels and on their debut outing this year, they combined to finish 2nd in the medley event in  a combined time of 9 mins 34.39 secs which ranks them among the NCAA’s top five after the weekend and seconde in the School’s history.