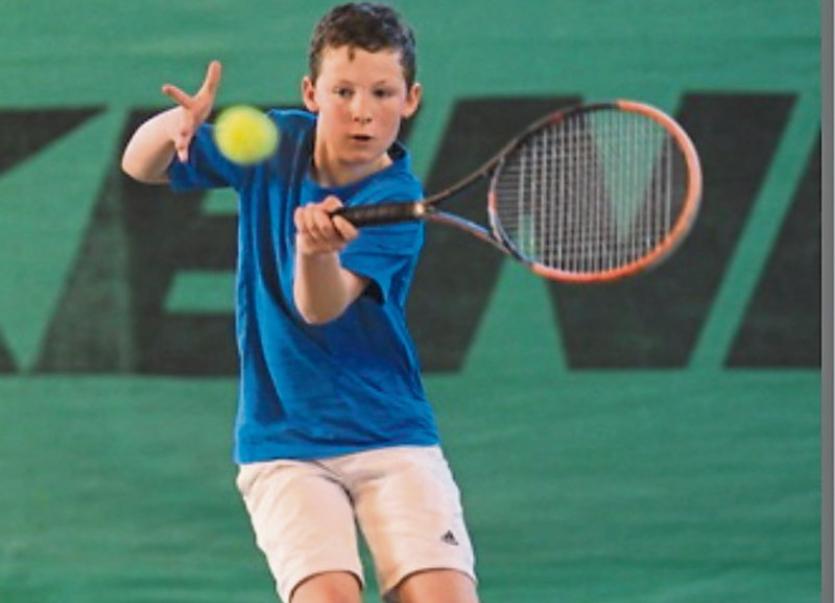 Zach Murphy in action on court

Carrick-on-Suir's young tennis ace, Zach Murphy, will represent Ireland in an international tournament in the Netherlands this month  after recently winning the U-14 National Indoor Singles Tennis title.

The talented 12 year-old from Cluain Cregg, Carrick-on-Suir will compete in the U-13 and U-14 Pro-Ten Dutch Bowl at Gendringen in Holland between February 19  and 26.

The Dutch tournament will just be the start of the CBS Green School student's international  travels this year.

His mother Robyn said Zach will travel with his coach Willie Reynolds to Majorca in April to take part in a week long tennis academy there and will compete in competitions in Iceland in May and in Portugal later in the summer.

Zach is only in his first year competing at U-14 level but is the country's No. 1 ranked player in that age group.

He won the U-14 Indoor Singles Championship at Westwood in Leopardstown on December 31 last, defeating Freddie Murray from Belfast after a marathon three hour match.