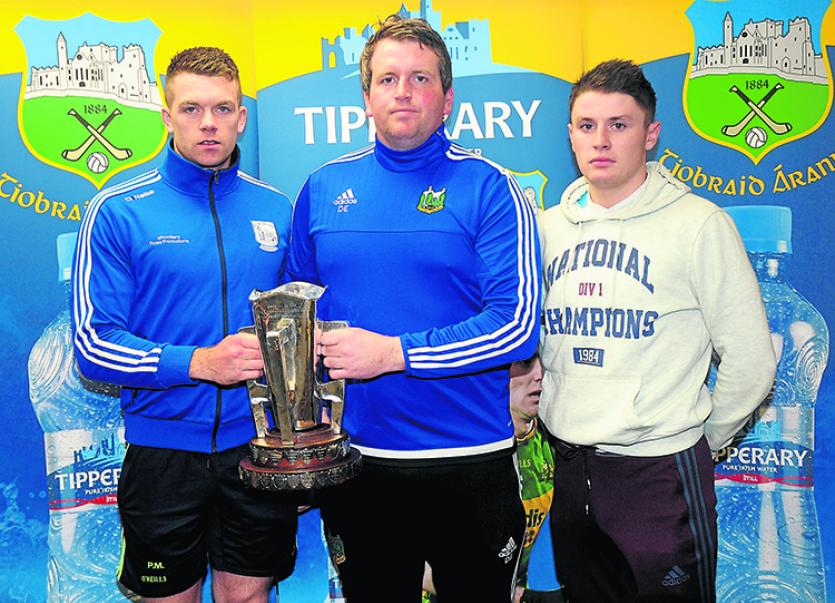 Defending champions Kiladangan have been drawn to face 2016 county intermediate champions Newport in the first round of the Hibernian Inn North Tipperary Senior Hurling Championship.

Kiladangan have set the pace in the North division in recent years and they will, rightfully, enter this year’s competition as favourites. Since promotion to the senior grade Kiladangan have won the North final in 2008, 2013, 2015 and 2016. Indeed, Dan Hackett’s men are chasing a three in-a-row of Frank McGrath Cups this term.

The draw for the 2017 Hibernian Inn North Tipperary Senior Hurling Championship was made on Tuesday evening, February 7th in the Hibernian Inn, Nenagh. Proprietor of the Hibernian Inn, Mr Martin Morris, said that he wished to dedicate his sponsorship of the forthcoming divisional championship to the memory of his sister Jane (Devaney) who passed away recently.

“We are delighted to continue our association with the North Board and I would like to wish all the clubs of North Tipperary the very best of luck in the north Tipperary and county championships this year,” Martin Morris said.

Prior to the draw North Board chairman Dan Kennedy (Roscrea) revealed that the divisional board had received a letter from the Kiladangan club proposing that the 2016 North finalists should be seeded in the quarter-finals and, essentially, take the place of the two bye teams in the opening round. Mr Kennedy put the motion to the floor, but it was defeated. Mr Kennedy, however, did make a commitment to discuss the motion further at a full meeting of the North Board on Thursday, February 16th.

The draw for the 2017 Denis’ Meats North Tipperary Intermediate Hurling Championship was also made on Tuesday evening, February 7th.

In the quarter-finals Moneygall and Roscrea were drawn to face one another - the winner of that clash will face Kiladangan in the semi-finals while Ballinahinch and Shannon Rovers also meet one another in the last four of the divisional championship.