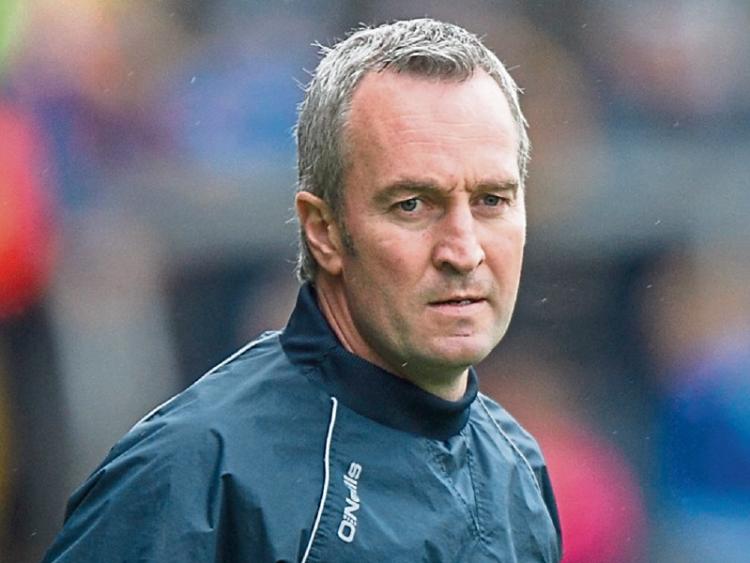 Michael Ryan saw his Tipperary hurling team get the season off to a winning start when they beat Dublin by 1-24 to 1-8 in the National Hurling League at Croke Park on Saturday evening.

Manager Michael Ryan was pleased with the performances of his fringe players in Saturday's 16-points victory over Dublin in the opening game of the National Hurling League at Croke Park.

"These are good players, they've been on the squad with us last year and some of them for longer than that. These are good guys who are chomping at the bit to get opportunities.

I'm certain sure they would prefer opportunities in the height of summer but this is where you start and those opportunities have to be taken too.

It was heartening to see. Aidan (McCormack) had a lot of scores (five points from play) and that was a good contribution. It was difficult, it was hard to get the ball to stick.

It was a really good day for Aidan, but it was a difficult day. Quite a few of our forwards were struggling. The Dublin backs were very good, full back Eoghan O'Donnell caught a lot of balls that came into him. I'm sure we're going to see a lot of those guys throughout 2017".

He was happy with the way his team eventually settled to the task.

"We were slow for the first 15-20 minutes. It wasn't at all pretty, we were struggling to get our hands on top of the ball, it was all Dublin in that period.

It was difficult for both sides to hurl out there, even though the pitch was fabulous. It was gusty and blustery out there, it was difficult enough to get to the pitch of the ball, and if it got on the ground God only knows where it was going to go next.

We settled down and we closed out the half pretty much okay, we had a good last 15 minutes in the first half.

We got control of the game for the second half, and yet it petered out quite a bit.In fairness we were anxious to use the bench, and we did use the bench.

We paid the price, we ended up with 14 players (when Donagh Maher went off with a head injury near the end) but look, we were just anxious to give guys as much time as we possibly could.

We came for two points and that's what we got. The campaign is rolling, the tests will get more difficult, without a doubt".

Had he learned a lot from a game against a Dublin team that had 11 players who were 21 or younger?

"I wouldn't have known a lot about that Dublin team, other than I think four of them played minor last year, and a few other bits and pieces like that.

That's very brave from (manager) Ger Cunningham, to come with a good young squad like that, and there's no better place to learn your trade than out there competing with senior players, and we had a lot of our senior players out there on the pitch.

You're always learning about your own guys. It was about attitude, and that comes through in that hard weather in the early season.

The (players') attitude is probably the greatest thing you're measuring, and application. Quality, you're not going to see a lot of that. But attitude, you're going to see plenty.

In fairness to Paudie (Maher, the new captain) he sets a very good level for himself at all times, and in fairness to the boys they matched that in so far as they can.

I wouldn't suggest it was easy for any player out there today. It was difficult but yet they want it and they want it so badly, because it means so much to them".

When it was put to him that it was time that Tipperary kicked on from an All-Ireland win, he said "We have no history of kicking on after winning an All-Ireland, I suppose we haven't won a huge amount either, so it's a huge challenge. A great challenge for any bunch. But we've got to forget about... you know there are a lot of terms put out there, like back-to-back.

We've got to look after every game that's in front of us, and 2017 has just kicked off and only two of the guys on our 41-man panel (Seamus Callanan and Darren Gleeson) have league medals.

That's a great target for us, but we won't look beyond it. This is the only competition we're in at the moment, and we're trying to do the best we can in it. Every year we set out to try to get to the quarter-final stage. Last year we fell right at that stage (when they were beaten by Clare). We'll try and build on that.

This is only day one of five that you've got to establish yourself in".