Benny Dunne: ‘The All-Ireland was a bonus, but the Harty Cup was just golden’ 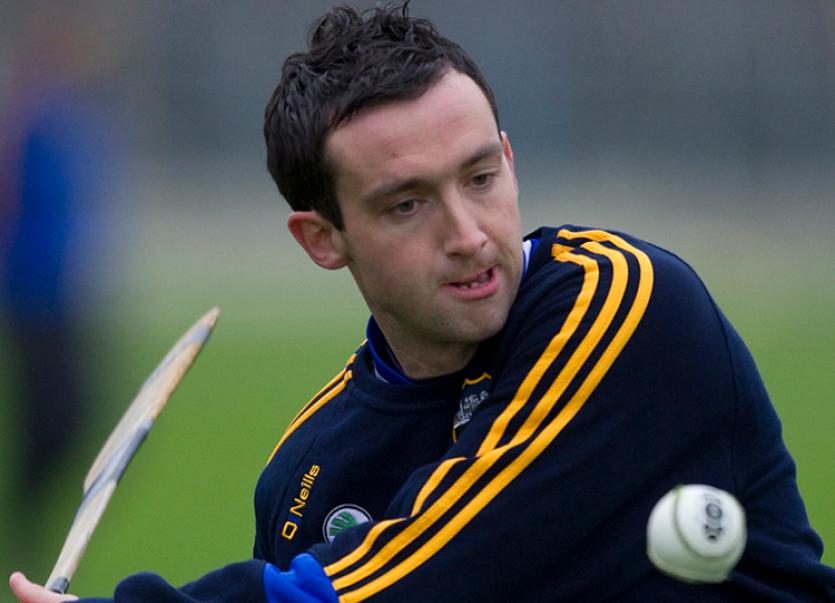 This week Benny Dunne talked to the Tipperary Star about the friendships formed at St Flannan’s and a Dr Harty Cup final that the Toomevara man will simply never forget.

Benny Dunne is as decorated a player as they come. Just trace your finger along his hurling career - the guy has played thirty-nine times for Tipperary, won a National League, three Munster titles, an All-Ireland, seven county hurling and two provincial club titles during a senior career which has spanned twenty seasons (senior club debut 1998). And, yet it is a Dr Harty Cup medal won in the colours of St Flannan’s, Ennis (1998-99) which gets the blood pumping to this very day.

“It’s up there. I have to say that medal is up there,” Benny Dunne told the Tipperary Star this week.

“It’s still the one that is that little bit different and more precious than everything else. It’s lovely to have it. As long as you’re a hurler your Harty Cup medal is up there. It’s just class - you can’t beat it. They can’t take it away from you. I still have the team photo and we got that framed,” the Toome star explained.

Our Lady’s Templemore last won the Dr Harty Cup in 1978, but Benny Dunne, one of their own, won the prestigious provincial colleges title with St Flannan’s in the meantime.

Dunne spent five years at Our Lady’s - Benny followed his brothers Terry, Tommy, Ken and Barry out of Gortagarry National School and into Templemore. Dunne hurled Harty Cup for Templemore before opting to repeat his leaving certificate in St Flannan’s (1998-99).

“The idea was to get a better leaving (certificate) really; to have another crack at that and to play the hurling was obviously an attraction as well because they would have been going well at the time - they won it the year before in ’98. I had known that they had been going well in the Harty in the previous years and that was a draw in itself,” Benny Dunne explained.

When Dunne arrived as a boarder in Ennis St Flannan’s were the defending Dr Harty Cup and Croke Cup (All-Ireland A colleges) champions. Indeed, St Flannan’s would proceed to win three consecutive provincial titles on the trot (1998-2000).

Although Benny would go on to play for three years on the Tipperary under-21 team he was not a noted minor. So, just like everyone else the Toome youngster had to battle his way through the trial games and force his way past anything up to eighty other players just to earn his place on the St Flannan’s panel. And, strangely enough, that place turned out to be at full-forward (flanked in the end by Clare star Andrew Quinn and Galway’s Brendan Gantley) on the starting team.

At St Flannan’s Benny Dunne shared a room with Ahane’s Pat Culhane (now the GAA’s National Development Officer) and Seán Hawe from Cratloe. Hawe was a more than talented goalkeeper whose inter-county career was checked by a nasty leg break. Dunne and Hawe forged a friendship that season and remain close to this day. Indeed, Hawe was a groomsman for Dunne when Benny married Elaine Shanahan.

The bonds forged between the players and the memories of the campaign that St Flannan’s embarked on remain fresh in Benny Dunne’s mind to this day.

“That year has really stuck with me in terms of the matches. Generally, I am useless to remember games, but I remember pretty much all of the games from the Harty fairly well. We had Limerick CBS in Nenagh on a horrible day in the first round. We had St Colman’s in the semi and then (St Finbarr's) Farranferris in the final,” Benny Dunne told the Tipperary Star.

“The Sexton Street (Limerick CBS) game was a tough game. It was tight and conditions were awful bad, but the one thing that stands out from that match is the atmosphere - the same day it was electric. The stand was full and bus loads came to it. It was packed and it was brilliant type of tight game.

“The St Colman’s game was down in Feenagh (Limerick). Again, that was a tough game with big crowds. The Harty Cup was really bombing it at the time - the competition was massive. And, it is still big, but back then the crowds were huge. The Colman’s game was very tight again. They would have had a very strong team and we just got over the line. Then we had Farranferris in the final down in Feenagh again.”

Dunne is inclined to talk down his influence on the St Flannan’s team, but there is no getting away from the fact the Toomevara man made a massive impact on the 1998-99 Dr Harty Cup final. Indeed, the Ennis lads appeared a busted flush at the break.

St Flannan’s trailed St Finbarr’s (0-3 to 1-7) after a disappointing first half at Feenagh, Limerick. St Flannan’s, however, were a team transformed after the break - the Ennis college only permitted to Farranferris to score a single point after the interval while St Flannan’s fired 1-11 to win (1-14 to 1-8) and collect an 18th provincial crown. The turning point in that contest, of course, materialized in the 37th minute when one Brendan Dunne buried a goal.

That St Flannan’s team was exceptional - Tony Griffin, Conor Plunkett, Andrew Quinn, Tony Carmody and Gerry Quinn went on to star for Clare at inter-county level while Benny Dunne and Dermot Gleeson (Ballinahinch) represented Tipperary in the side.

St Kieran’s, who featured players like Eoin Kelly (Mullinahone) and Jimmy Coogan were expected to win that final and win it well. Indeed, St Kieran’s led by six points with just twelve minutes to play before St Flannan’s mounted a stunning comeback to win by five (2-15 to 2-10).

Benny Dunne featured in one of the most famous Croke Cup finals of all time, but, still, it is the Harty Cup campaign which means most to him.

“The Harty Cup as a competition was sweet,” Benny Dunne explained.

“It is one that would always stay with you. It was hard to match it. We were really united and all of the lads really pulled together. All of the lads were singing off the one hymn sheet. They were a great bunch of lads I have to say, a really great bunch,” Benny Dunne said.

“The training that went into it, the slogging and the competition for places was unreal. It was an unreal year - it was tough, but it was good and it was just so enjoyable. I have some of my best mates out of it now - Gerry Quinn is one of my best mates as well and it is purely down to that experience. It is mad how it stays with you. Half of us would have been boarding as well and that probably brought us even tighter together. I know the boarding is stopped and I would say that it is hard to get that closeness and tight-knit feel to it now. The boarding was definitely all part of it and it worked to our advantage.”

To this day Benny Dunne is thankful that his St Flannan’s team did not encounter Our Lady’s Templemore during the 1998-99 season - that would have been an emotional match to negotiate. Dunne regards himself as a staunch fan of Our Lady’s in the Harty Cup and is quick to check in with his father Tony who attends all of the games. Dunne is eager to keep a close eye on the progress of his alma mater. Indeed, he will be there at Páirc na nGael, Limerick on Saturday next to cheer on Our Lady’s in the decider.

“One hundred per cent - I, obviously, went to school there for five years, I would know all of the teachers and with them getting to the final last year I would have been one of the first there to shout them on. At the end of the day all of the lads at home would be fans as well and my dad (Tony) would have been at all of the Our Lady’s matches this year,” Benny Dunne explained.

“Our neighbour is on it; young Jack Ryan from Toome. So, we definitely have a strong connection there. Absolutely, I will be there next Saturday and I will be roaring for Templemore,” Dunne added.

And, Benny Dunne is eager to get a message across to the Our Lady’s Templemore players: enjoy it, cherish the opportunity to play in the Dr Harty Cup final, do not let it pass you by, get out there and hurl like everyone knows you can.

“It’s a Harty Cup final and everybody is talking about the Harty Cup as the number one Munster schools hurling competition. It’s a highly pressurized situation - it’s as close as you will get to playing county minor,” Benny Dunne said.

“Lads just have to shake off the shackles, enjoy it and hurl well. And, I think they will get a chance to do that because it is in Limerick, it’s a big pitch and they should be able to open themselves up and hurl to their potential. On tighter pitches you don’t get to express yourself.”

Thirty-six-year-old Benny Dunne is training away with Toomevara in preparation for his 20th senior season with the Greyhounds (debut 1998). As long as the hamstrings and calves hold up he won’t be going anywhere. He probably would not be let retire even if he wanted to - Denis Kelly is manager (a man who is hard to say no to), brother Tommy is coach and brother Ken is still hurling even though he is three years Benny’s senior.