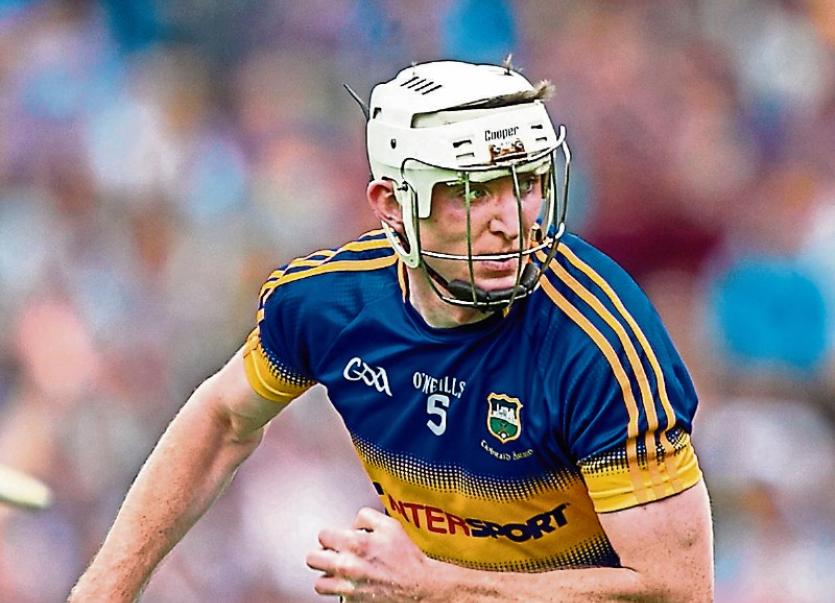 Seamus Kennedy (St. Mary's Clonmel) was man of the match in Tipperary's win over Waterford

Tipperary made it two wins from two games at the start of the Allianz National Hurling League when they had six points to spare over Waterford at a packed Walsh Park on Sunday, winning 1-18 to 0-15

Tipp manager Michael Ryan said afterwards that "the year is but a pup" but he was delighted with his team's win that leaves them at the top of the Division 1A table as the only unbeaten team in the league's top flight.

The teams were level ten times during a closely contested first half, at the end of which Tipp held a slender advantage (0-11 to 0-10).

The game came to life in the second period and points from Steven O'Brien, Kieran Bergin and a pair of converted frees from substitute John 'Bubbles' O'Dwyer left Tipp three points ahead by the 50th minute.

They had a great chance to extend their lead three minutes later but Waterford goalie Ian O'Regan produced a marvellous save to stop a 'Bubbles' O'Dwyer penalty.

That gave Waterford and their supporters in the attendance of 7,344 great encouragement but Tipp left them with a mountain to climb when they scored the game's only goal twelve minutes from the end of time.

'Keeper Ian O'Regan again performed heroics to block a piledriver from substitute Noel McGrath but he was out of luck on this occasion when Noel's younger brother John batted the rebound to the net to open a six-points lead.

The All-Ireland champions weren't out of the woods yet and their goalie Darragh Mooney produced a fine save to deny Shane Bennett, while a follow-up shot by Stephen Bennett was blocked by James Barry six minutes from the finish.

With man of the match Seamus Kennedy as well as Donagh Maher, James Barry and captain Padraic Maher solid in defence, Tipp were broadly comfortable from there to the final whistle.

Waterford will have been disappointed that they failed to follow-up their win over Kilkenny with another victory. Their large tally of wides -14 to Tipp's 11 - will also be a source of regret for manager Derek McGrath, and four of those wides were missed by Hurler of the Year Austin Gleeson on a day when their sharpness deserted them.