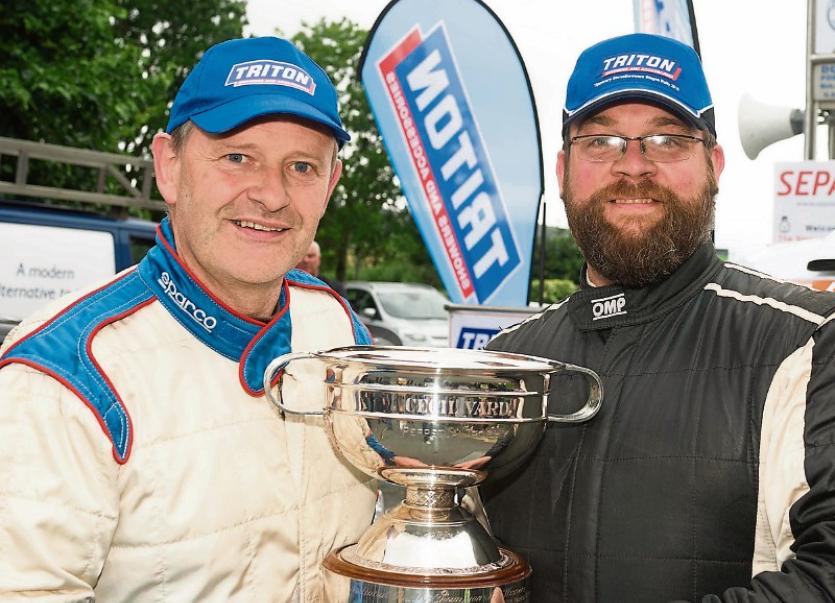 Eager to return to the action and following a second place finish on the recent Galway International Rally that was utilised as a shakedown for the Triton series, White remarked, “It (Nenagh Rally) looks like a very competitive top ten.  Donagh Kelly’s car (Ford Focus WRC) is the ultimate and he will go hard as will Declan Boyle, no matter what, he is always very quick and then there is Sam Moffett, another very quick driver while Niall (Maguire) can never be discounted.  I can’t wait to get stuck in, I’m really chomping at the bit for this season.”

Commenting ahead of the new season, M.D. of Triton Showers Kevin Barrett said, “This is our third season of involvement with the national series.  Irish rallying is in a difficult place right now with competitors finding it extremely hard to find the budget for a full season.  An entry of 90 crews is now seen as a good entry compared to over 130 we had a number of years ago.  It is very different times.  That said, it is great to see a good start to the series in Nenagh and we in Triton Showers are looking forward to our involvement with the series as it winds its was around Ireland between now and the end of October when it concludes in Bantry in west Cork.”

Top seed Kelly is actually chasing his third straight win in the Birr Motor Club promoted event.  Former double National champion Declan Boyle (Ford Fiesta WRC) has set his sights on a third title, despite winning five of last year’s events, the Donegal native just couldn’t reel in White and had to be content with runner-up spot. With three titles already under his belt, the last in 2004, Monaghan’s Niall Maguire (Subaru WRC) has been seeking that elusive fourth crown but with such a strong level of competition this time around, his task will be even more difficult.

An entry from fellow Monaghan man Sam Moffett has spiced up proceedings, he will drive a Ford Fiesta WRC as opposed to his usual Ford Fiesta R5 and outright victory is well within his compass.

Slattery’s Garage, Puckane with support from Peugeot Ireland are co-sponsors of the rally.  The first stage, Forty Acres, begins at 9.32am with the finish ramp celebrations at the Abbey Court Hotel, Nenagh at 4.40pm.