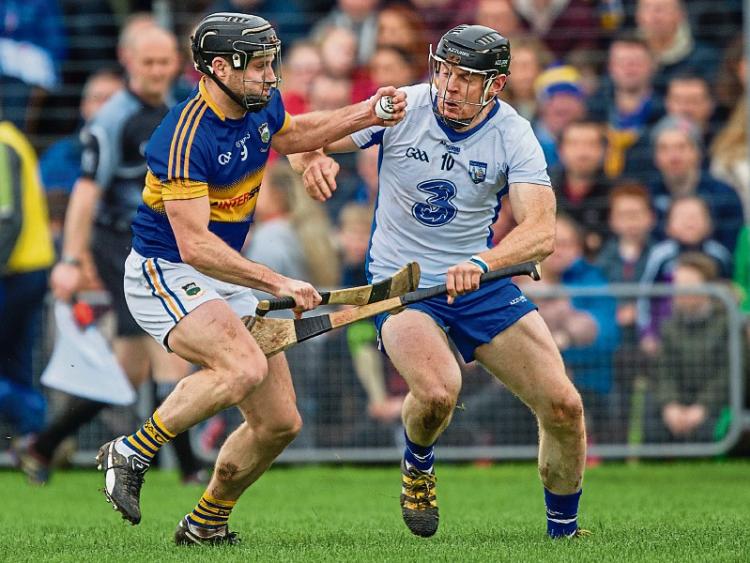 The transition from fine summer and autumn days in Croke Park to the wind, rain and heavy pitches of early spring has proven to be a seamless one for the Tipperary hurlers.

The All-Ireland champions are the only team with maximum points after two rounds of the National League, after their latest win at Walsh Park last Sunday.

Their re-match with Waterford wasn't as one-sided as last year's Munster Final but Tipp still had too much firepower for their opponents, as they departed Walsh Park with a 6-points win.

"It's good to win. We knew it was going to be a Titanic battle to get a result down here. Waterford are a top team, this won’t be the end of the chapter between Tipperary and Waterford for the year", said manager Michael Ryan.

“I wouldn’t overrate that. We are only two games in yet. It’s great where we are at. We are delighted with that but there is still a lot to play for.

The year is but a pup.

There are a few more rounds and everybody is going to take points from everybody", he said.

"It certainly wasn't comfortable. The goal (from John McGrath) gave us a bit of daylight, a well-worked goal. We thought a point either way was how this game might pan out.

It looked easier on the scoreboard but certainly not for the players out there. I mean there was wave after wave of Waterford attacks. Our goalie (Daragh Mooney) brought off a great save. These are the small margins. It could have gone any way".

The next challenge for his side is a game against Clare at Semple Stadium on Sunday week, March 5th.

After losing to Cork in their first game The Banner County bounced back to hand out a 13-points drubbing (2-19 to 0-12) to Kilkenny in Ennis on Sunday.

"It's no surprise that they (Clare) are capable of running up such a good score", said the Tipp manager.

Meanwhile, Waterford manager Derek McGrath said "I thought we were doing well to be only a point down at half time, if I'm honest.

I just thought they (Tipperary) were a little bit more clinical, and just very sharp. I thought Tipp were very impressive.

I just felt their scores were coming a little bit easier to them. The difference is they brought on All-Ireland medal winners.

I don't think we'll be the only team to be beaten by six points by Tipperary this year".

Waterford had to line out without two of their most influential players, Jamie Barron and Michael 'Brick' Walsh while Patrick Curran, who found the net against Kilkenny the previous week, was another absentee.

We lost Patrick (Curran) in training on Friday night on the back of the DCU game against UCC".