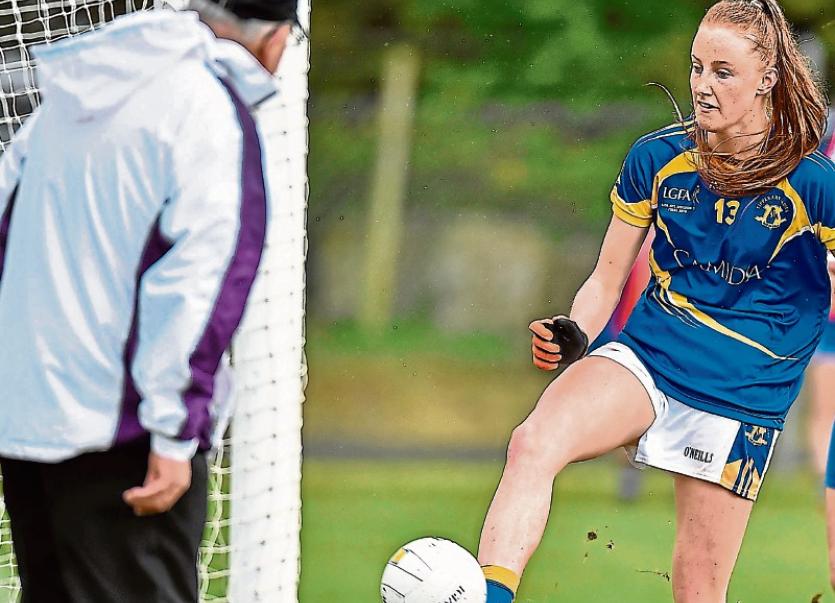 Take note: This Tipperary ladies football team is worth keeping an eye on. On Saturday at Seán Treacy Park in Tipperary Town the outfit managed by Shane Ronayne maintained their 100% record in division three of the Lidl National Football League and did so in real style.

Tipperary, certainly, had stars to call upon in players like Samantha Lambert, Elaine Kelly, Jennifer Grant, Orla O’Dwyer, Aisling McCarthy and, of course, Aishling Moloney, but it is the collective effort of this group which catches the eye. On Saturday Tipperary tackled Meath like demons, but in possession Shane Ronayne’s team worked just as hard - the ball carrier always enjoyed multiple passing options. And, Tipperary were more than capable of stretching the opposition defence thanks to their well-developed ability to release runners via the kick pass.

Prior to Saturday Meath trailed Tipperary in the table by two points, but were undefeated and arrived at Seán Treacy Park hoping to upset the home side. Tipperary, however, were having none of it and streaked into a ten-point lead inside the opening ten minutes. Indeed, the Premier County led 5-5 to 1-5 at the break.

Tipperary spurned three early opportunities before firing home their first goal in the fifth minute - Gillian O’Brien sparked a move which saw Bríd Condon set up Jennifer Grant for a right foot finish. Aishling Moloney added a right-footed effort from play soon after before Moloney off-loaded smartly to Caoimhe Condon and the corner-forward finished off her right in the eighth minute. Then, following another elegant attacking move, Tipperary fired home their third goal in the tenth. Catherina Walsh and the powerful Orla O’Dwyer combined beautifully before the room was created for Aishling Moloney to step around a helpless Meath ‘keeper and stroke her finish home (3-1 to 0-0).

In the 11th minute Meath earned a reprieve when Tipperary ‘keeper Patricia Hickey was sin-binned following a foul which presented the Leinster ladies with a penalty - Emma White buried her shot. Laura Gilsenan added a converted free soon after before points from Vikki Wall and Fiona O’Neill reduced the home side’s lead to four (1-3 to 3-1).

Tipp steadied themselves with points from Aisling McCarthy (free), Orla O’Dwyer and Aishling Moloney and although the home side survived a slight scare in the 22nd minute Patricia Hickey was required to make a smart save from Vikki Wall Aishling Moloney and Aisling McCarthy combined smartly in the 24th minute and Catherina Walsh fired home a fourth goal from close range (4-4 to 1-3).

Niamh Gallogly hit back with a point for Meath, but that effort only served as a precursor to the fifth Tipperary goal in the 25th minute - this time Aishling Moloney punched home Caoimhe Condon’s clever cross. The half closed out with points from Aishling Moloney and Fiona O’Neill (Meath) before Tipperary retired nursing a twelve-point lead.

Such was the degree of comfort enjoyed by Tipperary that Shane Ronayne elected to make a series of changes at the break, but the home side still out-scored Meath 0-3 to 0-1 during the opening seven minutes of the second half thanks to efforts from Caoimhe Condon (two) and Aisling McCarthy (free). Meath responded with efforts from Megan Thynne and Laura Gilsenan (free) to leave twelve between them with twenty minutes to play (5-8 to 1-8).

Tiiperary concluded their scoring for the afternoon with two well-worked points in the 42nd and 43rd minutes - Gillian O’Brien and Róisín McGrath brought both moves to an emphatic end, but the Tipp camp may well be disappointed with their showing during the concluding third of this contest. Indeed, Meath closed out the game when scoring 1-2 without reply.