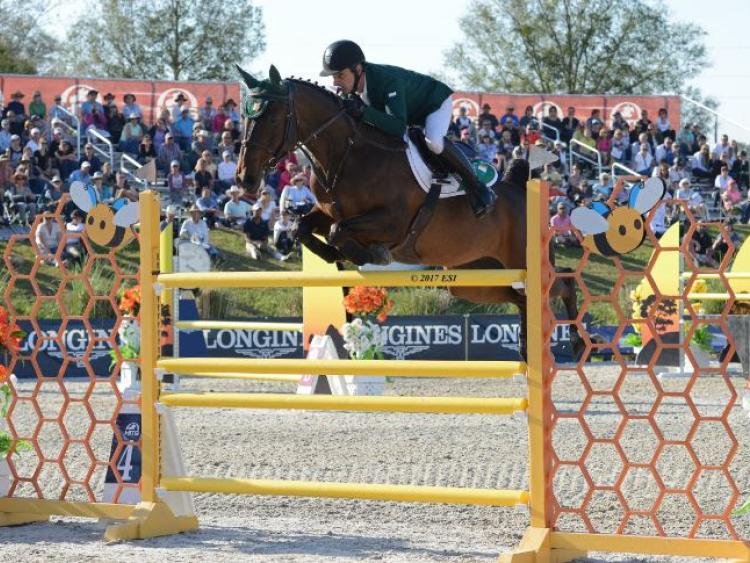 Carrick-on-Suir show jumper Kevin Babington was among the prizes in the $380,000 Suncast five-star Grand Prix at Florida’s Winter Equestrian Festival in the early hours of this morning (Sunday, February 26).

Babington claimed sixth place, just over a week after leading Ireland to a memorable victory in the $100,000 four-star Nations Cup at Ocala in Florida.

Twelve combinations managed to jump clear in the opening round to set up a thrilling jump-off and Tipperary-born Babington briefly held the early lead against the clock when he crossed the line clear in 41.37 seconds aboard Shorapur.

Meath-based Cian O’Connor and the stallion Good Luck were last to go of the 12 against the clock, and they crossed the line clear in 40.21 to finish best of the Irish in fourth overall while Babington eventually finished sixth.

Victory went America’s McLain Ward and HH Azur after they set what proved an unbeatable target of 39.70. Canada’s Eric Lamaze finished as runner-up with Fine Lady 5 (40.07), while Spaniard Sergio Alvarez Moya took third spot on the podium with Arrayan (40.10).