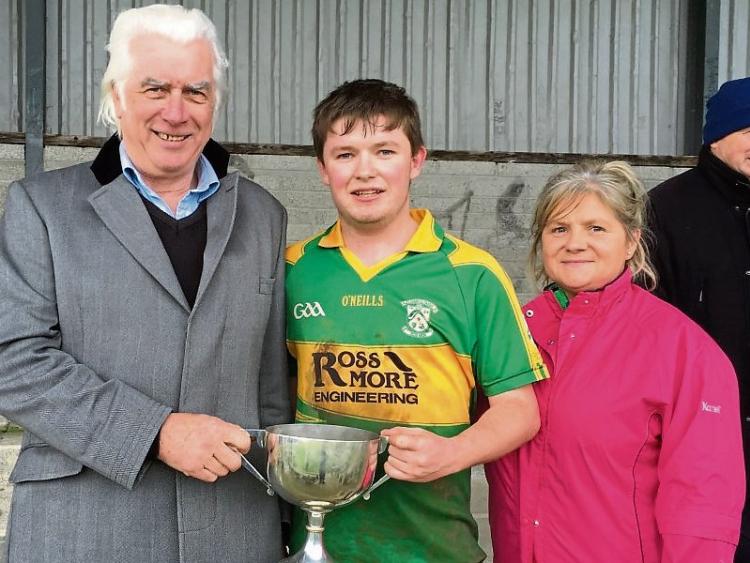 Clonoulty/Rossmore are McGrath Oil West U21B Football champions for the second time in their history, beating Kickhams in the final, 1-12 to 0-5.

Twelve months after putting up a very good fight against a very good Golden/Kilfeacle side, Clonoulty/Rossmore made amends as they bridged a 20 year gap to claim the Crowley Cup on Sunday last against neighbours Knockavilla Donaskeigh Kickhams.

There was a minute silence before the game in memory of the late Liam Kearney from Clonoulty/Rossmore.

Liam was very much associated with the juvenile section of the club and was involved with the U12 teams that won three County titles in a row 12, 13 and 14 years ago respectively.

A heavy prolonged shower just before throw in made conditions very greasy.

Clonoulty / Rossmore played with the advantage of the breeze in the first half and opened up an early two point advantage with points from a free from Enda Heffernan and one from play from Dillon Quirke.

Kickhams settled and started to create chances but poor shooting and decision making while in position saw their account remain unopen. 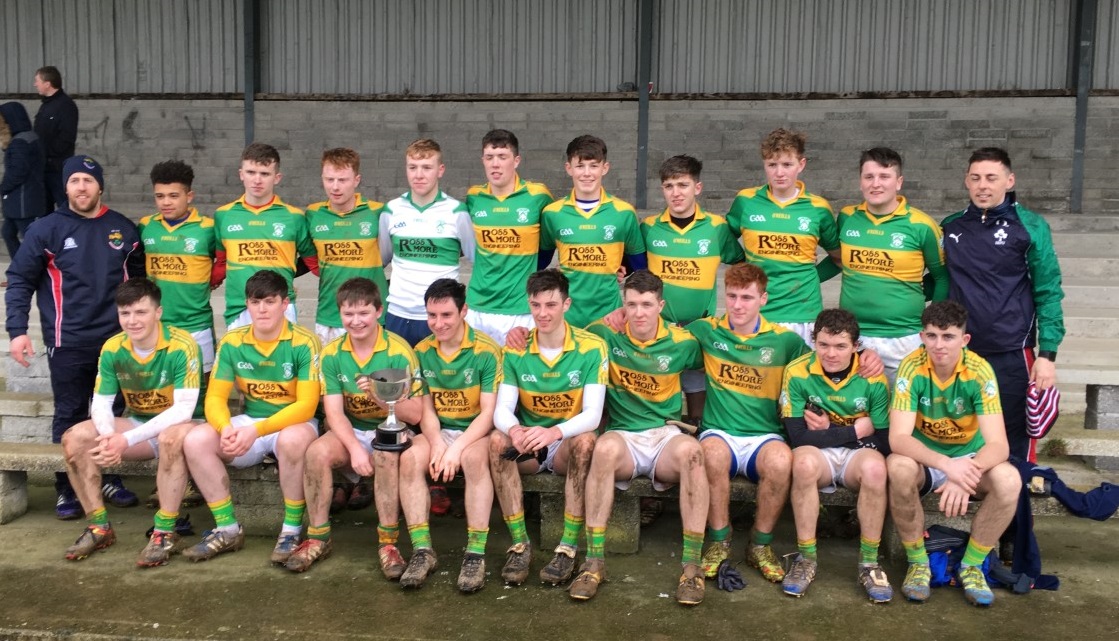 The Clonoulty-Rossmore team pictured with the cup after beating Kickhams in the West Tipperary u-21 'B' fotball final.

Dillon Quirke pointed his second on the ¼ mark and this was followed by a Cathal Bourke free.

Clonoulty/Rossmore then lost Donnacha Quirke through injury and he was replaced by Dillon Kennedy.

Ger Browne eventually opened Kickhams account with a pointed free but this was cancelled out by Dillon Quirke at the other end. Cathal Carr made a great save and the ball was worked down the field where Brendan Ryan pointed Kickhams first from play.

Carr was again called on to make another great save and some good defending denied Clonoulty/Rossmore a certain goal as the half closed. Further points from Michael Ryan and Cathal Bourke saw Clonoulty/Rossmore lead 0-7 to 0-2 at the break.

Kickhams cut the deficit on the resumption of the half as Ger O’Dwyer followed up a high ball which the goalie failed to control and he fisted it over the bar.

In the space of a minute Cathal Bourke had restored and extended Clonoulty/Rossmore’s advantage with points from play and a free.

Again Kickhams created chances but failed to make them count.  An Enda Heffernan free in between two Gary Donnelly points saw Clonoulty/Rossmore well in the ascendency.

Both sides were reduced to fourteen men with ten minutes to go as Dillon Quirke and Turlough Breen were sent to the line.

Nathan Ryan pointed a free for Kickhams but a Jack Ryan goal less than a minute later put the icing on the cake for Clonoulty/Rossmore.

Ger Browne had the final score from play before Michael Duffy blew the long whistle. Clonoulty/Rossmore winning on a score-line of 1-12 to 0-5. They will now meet the North champions in this year’s County semi-final.

Clonoulty/Rossmore were deserving winners and were far more economical in possession and were always a threat going forward.

Best in what was a very good team performance were Dillon Quirke, Enda Heffernan, Cathal Carr and Nathan Slattery.

Kickhams certainly didn’t give up without a fight but will certainly rue the twelve wides they kicked.

Clonoulty/Rossmore could have won by more though too but for the excellence of Cathal Carr in the Kickhams goal.  Kickhams were best served by Michael McCormack, Cillian Loughman, Nathan Ryan and Padraig Hickey.

Afterwards a delighted Gary Donnelly accepted the Crowley Cup from West Chairman John O’Shea on behalf of his delighted teammates.