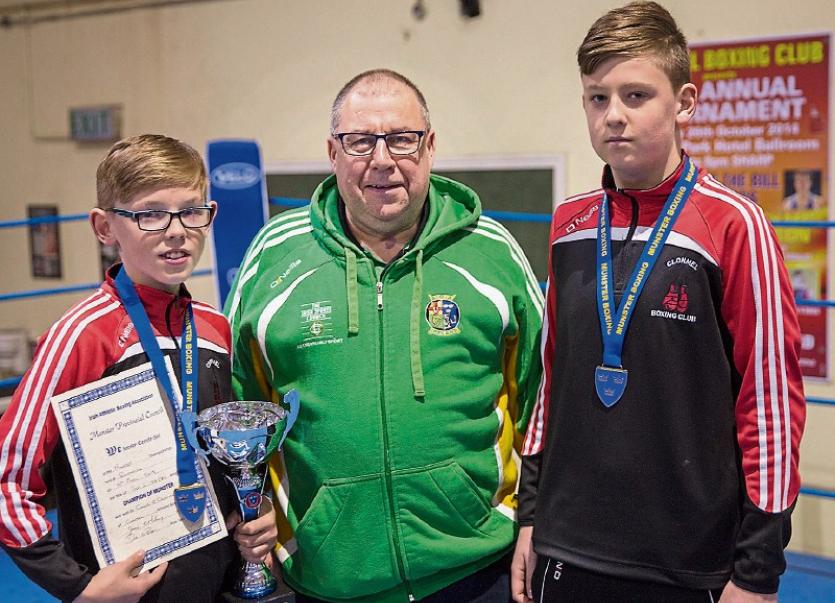 Up and coming Clonmel boxer Conor O'Donovan not only won a coveted Munster Schoolboys title last weekend but also brought home the Best Boxer of the Championship trophy for his skilful displays throughout the competition.

Conor won three contests over two weekends to claim the title. It wasn't only his convincing victories that caught the judges' eye but the array of skills he produced.

He beat James Healy, Rathkeale in the final; Sean Kelleher, Muskerry in the semi final and Kieran Lucey, Rylane in the quarter final, all on unanimous decisions.

Filip Radzikowski was unlucky not to take home the title after a spirited display against Nathan Brody, Kilfenora in the final.

Raymond Joyce also had a good championship. He took a close decision against clubmate Kevin Reilly in the quarter final, only to lose out by the narrowest of margins in the semi final to William Faulkner, Rathkeale.