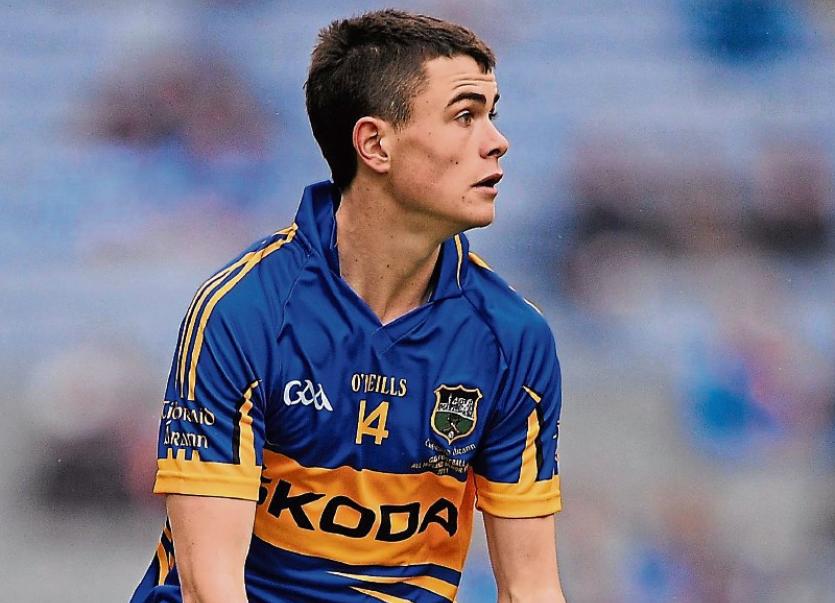 Football All Star Michael Quinlivan will be a guest at the corporate lunch fundraiser for Tipperary GAA at the InterContinental Hotel in Park Lane, London on Friday May 12th.

Less than four months after members of their double All-Ireland-winning hurling teams were feted by the London Tipperary Association, Tipperary GAA/Team Tipperary will return to London to host their third Corporate Lunch Fundraiser on Friday 12th May.

After an absence of a year the InterContinental Hotel in Hamilton Place, off Park Lane, London will once again be the venue with London-based Tipperary Supporters Club committee members Johnny Whyte (Drangan), Phil Cusack (Carrick-on-Suir), Paddy Shanahan (Upperchurch) and Clonmel men Kevin Leahy and Brian Acheson co-ordinating what promises to be another memorable occasion for all followers of the blue and gold.

As the beginning of another championship season looms it will be another wonderful opportunity for all London Tipps to welcome back the silverware that was won on an unforgettable day for the Premier County last September.

The event will also be attended by Football All-Star Michael Quinlivan. The Clonmel Commercials star will be accompanied by the recently-won Division 3 National League trophy, after the Tipperary footballers’ promotion to Division 2.

But because of their preparations for the Munster senior quarter-final against Cork on 21st May no hurlers will be present.

However the occasion will be enhanced by the presence of former Tipperary hurling legends from the late 80s/90s, Borris-Ileigh’s Bobby Ryan and Killenaule’s Donie O’Connell.

They will be teaming up once again with former team mate and current All-Ireland-winning manager Michael Ryan. But it is quite likely that a few more late surprise guests may also make an appearance.

Chairman Michael Bourke and secretary Tim Floyd will be among the Tipperary GAA officers travelling to the event.

Over three hundred diners are expected to attend the function in aid of the ambitious development of the Dr. Morris Park Centre of Excellence in Thurles.

And, similar to Team Tipperary’s previous recent visits to London, another excellent programme of entertainment has been planned for that Friday afternoon in the West End, with Today FM’s Paul Collins, the London-born Annacarty man anchoring the event which also includes a fund-raising auction of rare Tipperary GAA and other sports memorabilia, merchandise and match tickets.

The entertainment for the afternoon will include a Question and Answer Forum.

There will also be a video presentation for the diners with a full update on the progress of the Tipperary GAA Centre of Excellence at Dr. Morris Park.

All-Ireland winners require the best in modern state-of-the-art training facilities and that is certainly what Tipperary GAA’s Centre of Excellence at Dr. Morris Park will be when fully completed by the end of this decade.

Set against the backdrop of the spectacular Semple Stadium, this project will be the centre point for nurturing the development of future Tipperary players, from underage blitzes to development squads to academies and right through to the senior panels.

Next month’s third Corporate Lunch in the heart of the West End will therefore help fund this modern two-storey building that will be an integral part of the new training facilities complex and will include a gym; analysis room; oﬃce; kitchen; dining room; indoor viewing area; four dressing rooms/showers; medical centre; meeting room and a reception area, complete with stairs and elevator.

And if the two previous functions at the InterContinental Hotel are any indication of what’s in store then another enjoyable afternoon looks assured in the company of Tipperary’s stars and their hard-won silverware of 2016.

A number of the tables for the event have already been snapped up.

A brochure has also been produced by Team Tipperary and tables are available at £1,800 or individual places for £225 each.

Further details are available on the Tipperary GAA website.