Séamus Callanan ruled out, but Michael Ryan’s Tipperary are determined to drive forward 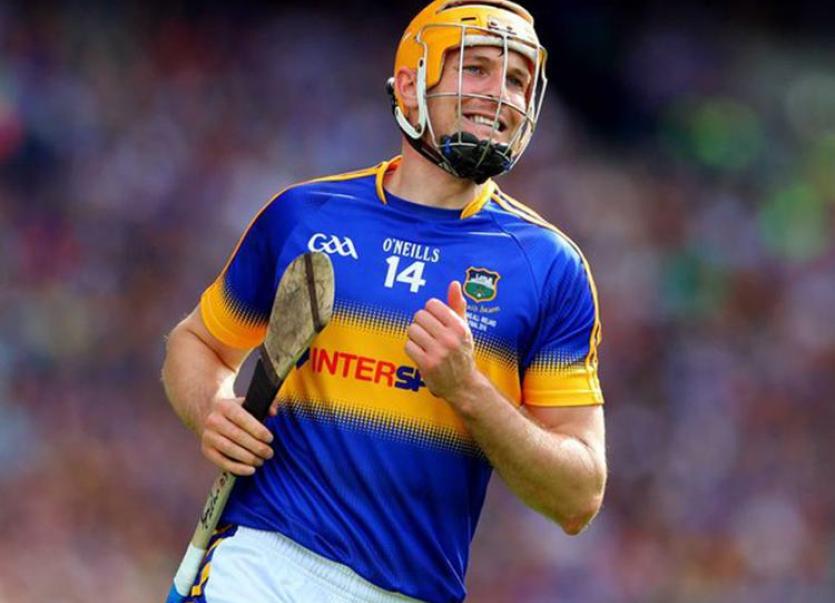 Séamus Callanan suffered a broken thumb against Wexford and has been ruled out of next Sunday’s league final - Tipperary are this week preparing to face Galway in the Allianz National Hurling League final on April 23rd at Páirc na nGael, Limerick (throw-in 3.30pm), but the Premier County will have to do so without the Drom & Inch star.

Callanan is, obviously, one of the finest players in the country, but Tipperary senior hurling manager Michael Ryan expects his panel to absorb the loss of the 2016 hurler of the year nominee and drive forward. This, after all, is why you build a panel of players in the first place.

“We have an important match next weekend and he is not going to be available so, yeah, he is frustrated. But I am fully aware that when you play a game you run that risk and we run the same risk every night in training,” Michael Ryan explained before confirming that the Drom & Inch man would be out for three to four weeks, but would be fit in time for the Munster championship quarter-final against Cork on Sunday, May 21st.

“Séamie is a starter and we can take that as read, but someone is going to get a jersey now that they may or may not have been expecting. This really creates an opportunity for someone,” Michael Ryan told the Tipperary Star before revealing that James Barry should be fine to play against Galway in the league final - the full-back shipped a minor knock against Wexford on Sunday, but has made a prompt recovery. Burgess’ Donagh Maher and Killenaule’s Joe O’Dwyer, however, will not recover from injury in time to be considered for the decider at Páirc na nGael. 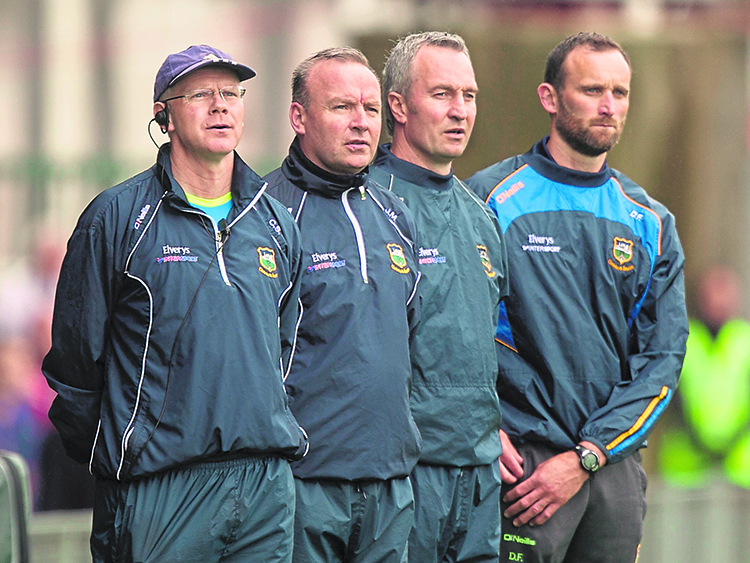 Tipperary have reached the league final as reigning All-Ireland champions for the first time since 1992 and now face the Tribesmen who are seeking their tenth league title (first since 2010). And, Galway, of course, also have a bone to pick with Tipperary - the side managed by Micheál Donoghue has every reason to believe that the 2016 All-Ireland semi-final was their’s for the taking (2-19 to 2-18). Indeed, Michael Ryan holds Galway in high regard and is fully aware that only for Pádraic Maher’s hook, a moment of magic from John O’Dwyer and a key tactical switch, which saw John McGrath moved to full-forward, Tipperary could well have missed out on last September’s All-Ireland title.

“I really rate them - you just look back over the times that we have met during the last couple of years: we had a one-point loss (championship 2015), a draw in the early rounds of the league last year and a one-point win late on in the championship last year; that’s our most recent three-game history. So, there will be absolutely nothing in this. They are a very fine side and I would rate them as being one of the best in the country,” Michael Ryan explained to the Tipperary Star.

Galway have lost six All-Ireland finals since their last success (1989), but during the intervening years the Tribesmen have won six under-21 and nine minor All-Ireland titles.

Galway have been criticised, often unfairly, for their failure to realise their potential, but it could also be the case that Micheál Donoghue’s men have turned a significant corner since the Clarinbridge man was appointed.

Galway beat the Shannonsiders 1-21 to 1-11 at Páirc na nGael, Limerick on Sunday in their respective league semi-final with Conor Cooney notching the key goal. David Burke, as you would expect, is in terrific form for the Tribesmen while Joe Canning has a real edge to his game the moment. And, when you add players like Aidan Harte and Conor Whelan to the mix you soon realise how formidable Galway are. And, of course, Lukasz Kirszenstein, Tipperary’s 2016 All-Ireland winning strength and conditioning coach, is now working alongside manager Micheál Donoghue to prepare the Galway squad for battle. 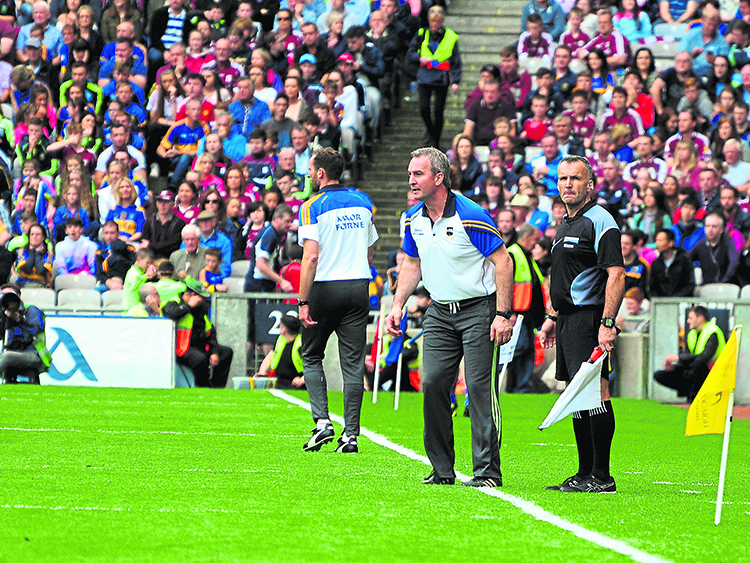 Michael Ryan pictured during the frantic closing minutes of the 2016 All-Ireland semi-final against Galway.

Since his appointment as manager of Tipperary Michael Ryan has regularly emphasised his determination to build a hard-working identity for the senior hurling team. And, true to his word the Tipperary players have established a significant reputation for themselves in that regard.

Against Galway in 2016, however, the 2-19 to 2-18 scoreline hid some significant numbers: that day in Croke Park the Tribesmen got the better of Tipperary in the key work rate stats (tackle count, hooks and blocks). And, the prevailing pattern of that contest did not go unnoticed by Michael Ryan.

“And, they did the very same the year before,” Michael Ryan revealed.

“So, this is game on. It’s tremendous data and it is undeniable. Last year when we had a one-point win against them they had won the vital areas of performance in the match. We just find Galway to be very worthy adversaries. We find them a difficult team to play and a difficult team to beat. And, they are quite similar to us in that they work really, really hard and they are very mobile and they are good hurlers. So, look, I think this is very much a fifty-fifty contest,” the Upperchurch-Drombane man added.

“They came at us with a really, really good game plan last year. We were put to the pin of our collar - we really were. And, again, it took a couple of moments of magic to get us through,” Michael Ryan said before revealing that his players were looking forward to the challenge posed by Galway in next Sunday’s league final.

“This is just a fantastic challenge for us, again. You could not write away for it - to have this calibre of game to come so quickly after a really good game with Wexford. So, we have been spoiled - that’s the way that I would view it. We have come through a really good league this year. We have never played the same team twice and we have, literally, played every one of them,” Michael Ryan explained.

“Our players simply love the challenge. We will get around to talking about what’s next after this final, but for the week that’s in it our only agenda is to try and take on that challenge against Galway, try to beat them and try to deliver the league title,” Michael Ryan said.

“The players are very much looking forward to it - we have loads to improve on. Recent history would indicate that it’s two very finely-matched teams and, if anything, given the stats and the kind of raw data that we measure and the work rate that we value so much, these guys have trumped us the last two times that we have met in games of consequence.”

Tipperary travel to Limerick on Sunday next searching for a 20th league title - the Premier County last won the league in 2008 when seeing off Galway in the decider (3-18 to 3-16). Sunday represents the tenth league final between the sides - as matters stand Galway hold a five-four edge.