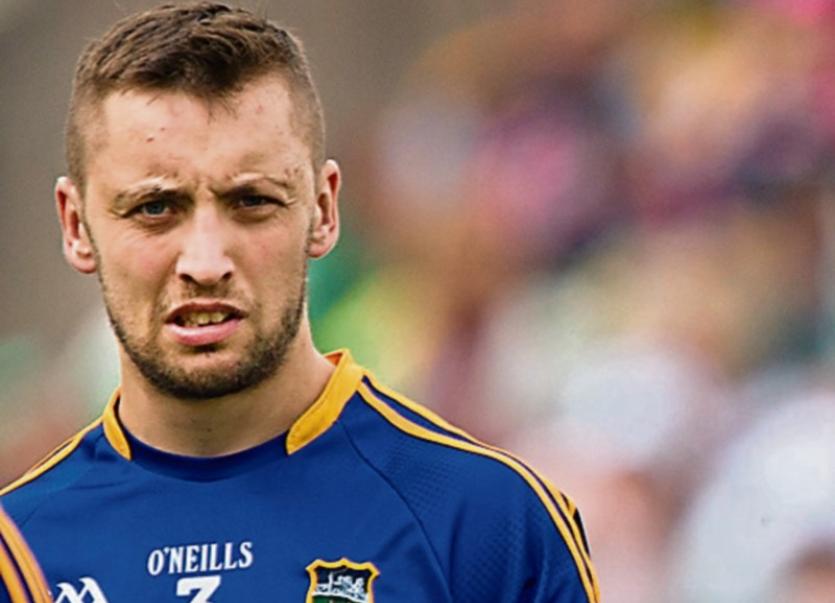 Tipperary are hoping that full back James Barry will be fit for Sunday's Allianz National Hurling League Final against Galway at Limerick's Gaelic Grounds.

It started in the wind and rain of Croke Park on February 11th and will end on a spring day at Limerick's Gaelic Grounds on Sunday.

Tipperary's National Hurling League campaign has featured many highlights, although its success will ultimately be judged on the outcome of the final against Galway, which starts at 3.30.

If Tipp are to win their first league title in nine years then they'll have to do so without the services of Seamus Callanan. The star forward fractured his thumb in last Sunday's semi-final win over Wexford and manager Michael Ryan has confirmed that he will be out of action for between two to three weeks.

However hopes are high that he will be available for the Munster Championship quarter-final against Cork four weeks from Sunday, on May 21st.

Callanan and Darren Gleeson are the only survivors from Tipp's last National League success in 2008, when they also faced Galway in Limerick.

However there's better news concerning James Barry, who limped off injured a couple of minutes from the end of last weekend's semi-final in Nowlan Park.

"He got a belt of a hurley on the inside of his knee", says Michael Ryan.

"We'll have to see on Tuesday night but the early indications are that he'll be fine".

The manager said that the final would come too soon for Donagh Maher, who pulled a hamstring in training last week. He said that Joe O'Dwyer had recovered from a fractured hand and was "ready to go".

The Tipp manager said that their last few meetings with Galway had been incredibly close.

"It was advantage us by a point in 2016 (in the All-Ireland semi-final), it was advantage Galway in 2015. In the intervening period we had a draw in Salthill, there's nothing between Tipp and Galway,

It's a great rivalry between the counties, again we don't meet that often and when we do there's nothing between us, for us to get over the line in Croke Park last year against Galway, we were really lucky on the day. We always appreciate that, there was nothing in it".

He said that both teams were very similar, neither played with a sweeper and Galway also had some quality players.

"We'll get a really good game on Sunday, we never fail to have a good game against Galway so it's super preparation for us, four weeks from Sunday for the championship".

Michael Ryan said that by the time of the final Tipp will have played eight different teams in the league. Thirty three players made appearances during the campaign and they had adopted what he described as a twin-track approach.

"You want to collect the points and yet you want to experiment. Through the five-game (group) stage of the league we did that quite well. Once you got to the quarter-final it was knockout and there was no second chance. The league has been good for us".

He said a lot of the players had the right amount of time on the pitch and hadn't been "flogged to death".

He was pleased with the performances of Michael Breen in particular and John 'Bubbles' O'Dwyer, who made big impressions when they were introduced as substitutes against Wexford.

He said that all of the players who played last year were being pushed by others and that was the one thing that gave him most satisfaction.

"If you're going to get a jersey you will really deserve it".

He said they had a really competitive panel, although he doesn't like the term strength in depth because in his view that suggests that they saw themselves a superior to other teams, and that wasn't the case.

"That competition is central to bringing the best out of each other", he said.

Galway earned their place in the final courtesy of a quarter-final win over Waterford and last weekend's semi-final defeat of Limerick.

That semi-final win, achieved on a 1-21 to 1-11 scoreline, owed much to the performances of Conor Cooney, who scored 1-4 from play and Joe Canning, who's always a danger from play and placed balls.

Cathal Mannion was also influential as was the half back line of Gearóid McInerny, Padraic Mannion and Daithí Burke.

The final will be shown live on TG4 and the referee is Colm Lyons from Cork.