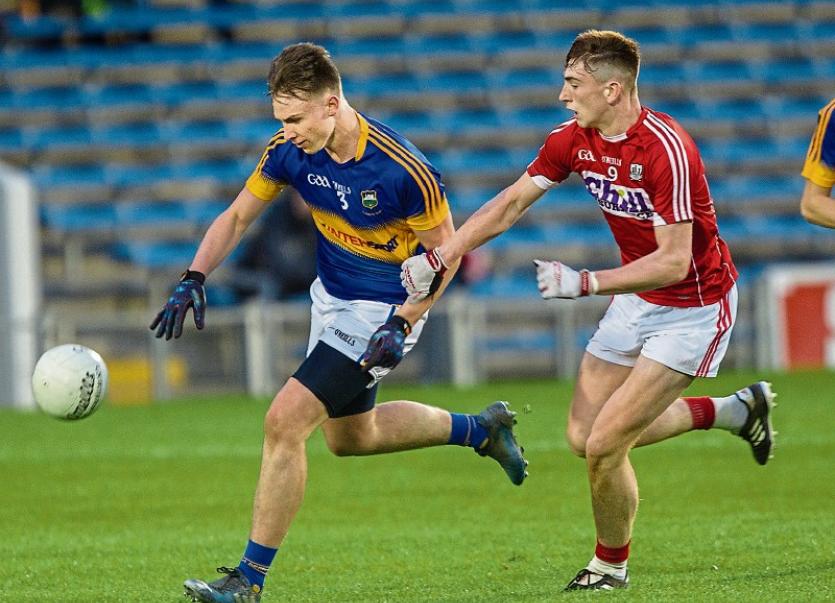 Stephen Grogan (Cahir) seen here in action against Cork, will partner Shane Ryan of Galtee Rovers in midfield for Tipp against Clare in Ennis this evening (Wednesday).

Tipperary’s  minor football team head for Cusack Park in Ennis this evening (Wednesday at 6.30 pm) for a do-or-die championship encounter against Clare that on one hand could end their year but on the other hand might throw up a possible extended run into the summer.

Following a disappointing defeat a fortnight ago against Cork in Semple Stadium, the Matt O’Doherty managed Tipp minors will be hoping to put that 3-21 to 1-8 footballing lesson well and truly to bed with a greatly improved performance against The Banner.

“Against Cork’s strength and size the last night we struggled everywhere on the field and their power and running at pace was something we failed to match. But as I said after that game, we are a young minor side and we started with nine 17-year-olds against Cork who were physically far stronger than us. They were powerful, they were big and they were very well organised. And that cost us the game ultimately,” said Matt.

“We were in Ennis the other night to watch Clare against Waterford and Clare too are a fine side, maybe not at the same level as Cork are, but they too possess a lot of pace and power and they will be a big challenge to us and we will have to improve a lot to give ourselves a chance against them,” added the Arravale Rovers clubman.

“We haven’t been able to do a lot together since the Cork game  with such a busy club schedule throughout the county and tonight (last Friday) will  be only our third session together since then. The club fixtures have hampered our preparations but we understand where clubs are coming from also. The Moyle Rovers players, for example, were involved in two extra-time games over two days last weekend. It is a challenge trying to keep things ticking over nicely and yet trying to keep players as fresh as we possibly can, taking into account the club fixtures”, said Matt.

Clare overcame Waterford by 5-11 to 0-6 last Wednesday night (including a hat-trick of goals from Gearóid Cahill) in a game which Matt thought “didn’t truly reflect the game at all.” 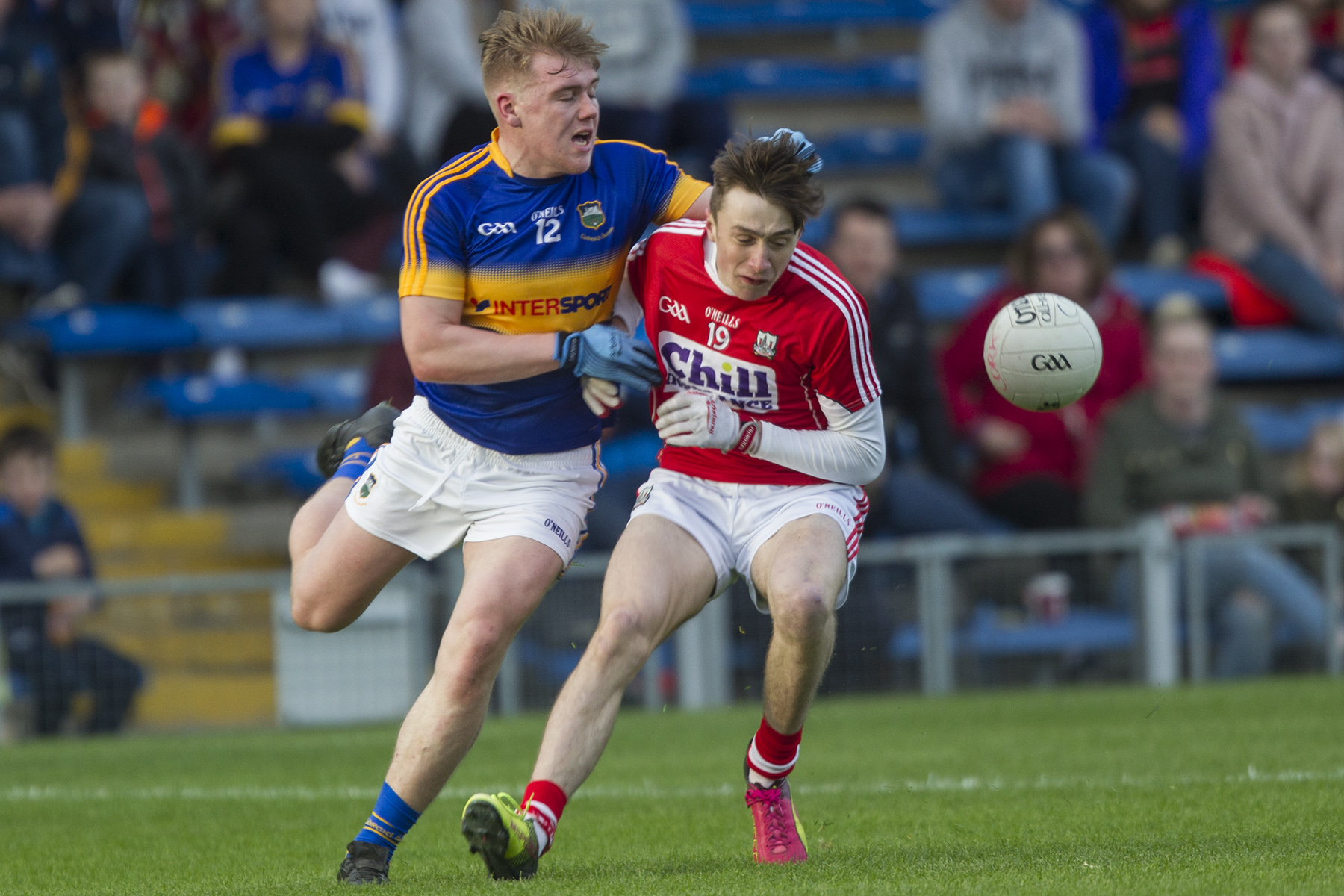 “I honestly thought Waterford were a very good side and they practically owned the ball for the first half hour but just could not score. Had they been able to score they would have had Clare in awful trouble. But Clare went on to take control and ran out easy winners by the end of the game,” he added.

I put it to Matt that surely after the  poor performance against Cork there will be some changes for the trip to Ennis.

“Thankfully at this stage we have no injury worries so we will have a full squad to pick from. Yes, we would expect to rejig things somewhat after the Cork display and there should be one or two changes. We learned a couple of  things in the heat of battle, as you do  against Cork, and we will take a look at that before naming the team for Wednesday,” he continued.

I reminded the manager that Cork and Kerry are due to meet in one Munster semi-final which means that a victory over Clare could open the door for an extended summer of minor football for Tipperary (Munster finalists also progress to the All-Ireland quarter-finals).

“Yes, true, a door might just open for us  if we can get the result in Ennis and our season might kick-off a bit if we can get the vital win, but that won’t be easy and we won’t look beyond Wednesday night. But at the same time it is a big incentive for us - and for Clare - and we will use that to motivate the team. No disrespect at all to Limerick, but wouldn’t Clare and ourselves prefer to be avoiding Cork and Kerry in a Munster semi-final.”

“We will go and do our best against Clare and hopefully will perform to the best of our ability, which we didn’t the last night against Cork. If we could win it would prolong our season and we know that as the ground hardens up that we will be a better team. Summer football on top of the ground will suit us if we can make it to that stage,” concluded Matt.

Moyle Rovers' Darragh Bolger and Adam McGrath of Galtee Rovers who both started as substitutes against Cork have forced their way into the starting line up to face Clare in place of Eanna McBride and Darragh Tynan or Brackens and Inane Rovers respectively. 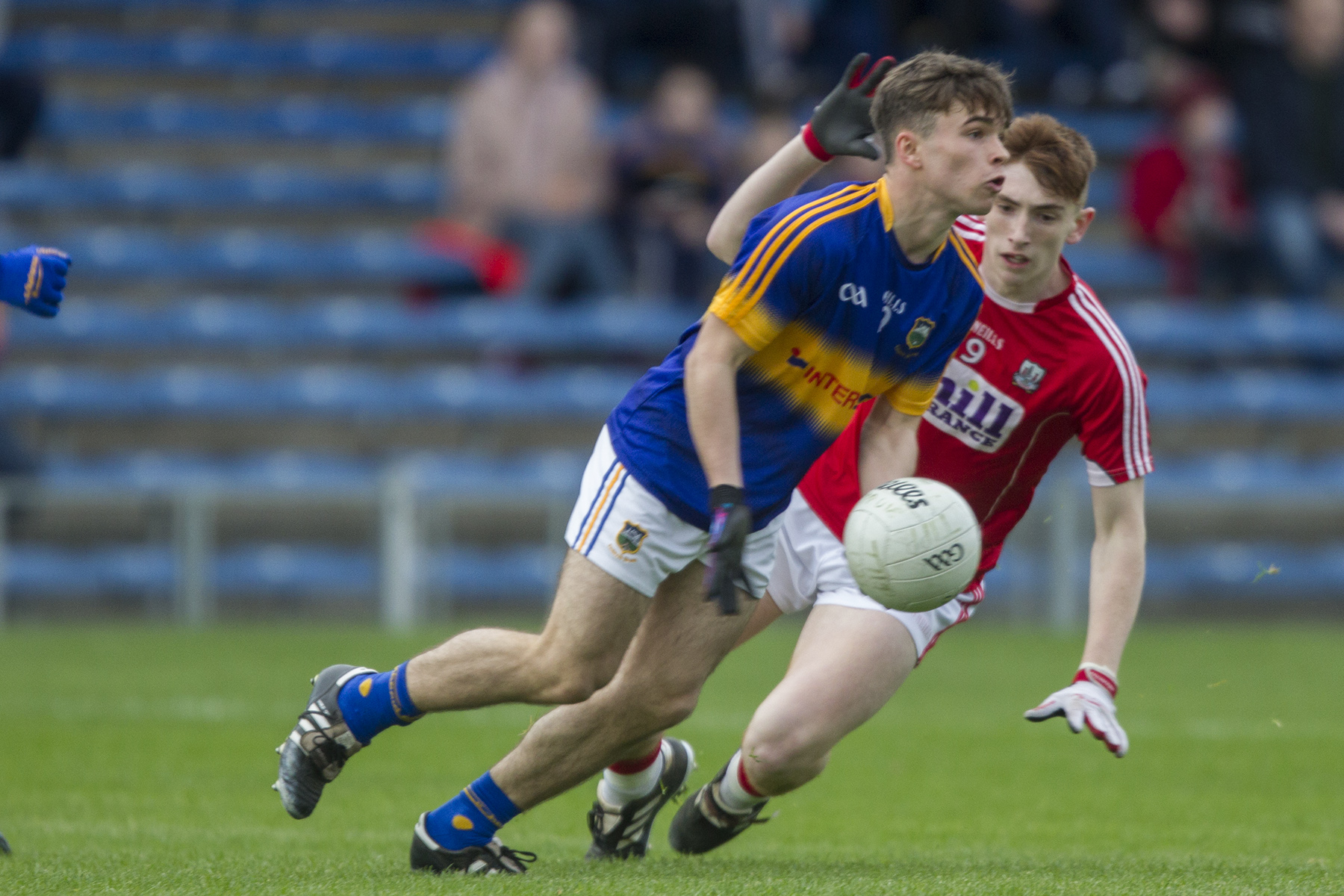 If Tipp are to trouble the home side on Wednesday, they  will need to show a lot more throughout over a  sustained 60 minutes. If they do not come up with that improvement then their year will abruptly end  in Cusack Park at the hands of the Seamus Clancy managed Clare team.

The winners of tonight’s  game will be out again on Wednesday, 10th May in a Munster semi-final against Limerick in Limerick.