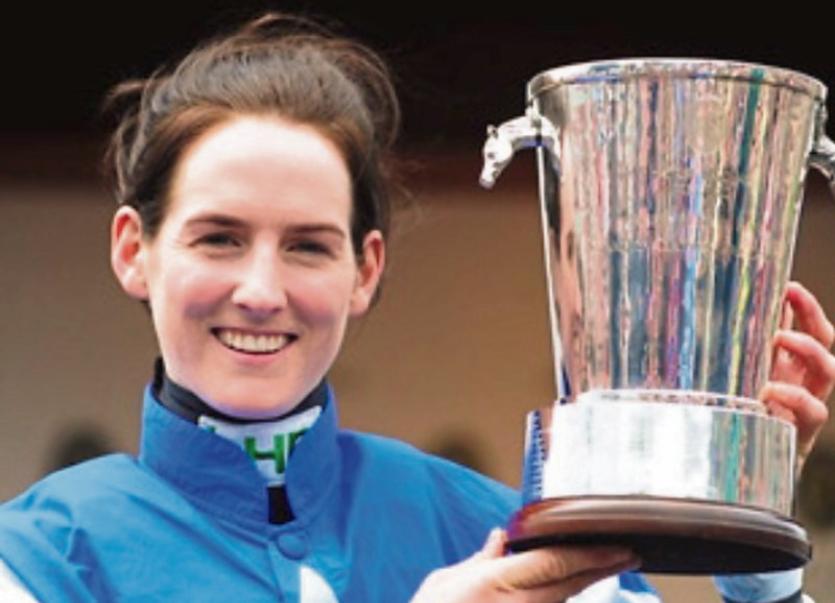 With 32 winners, Rachael Blackmore from Killenaule, is the first female jockey to win the Conditional Riders’ title.

Rachael, who turned professional in March of 2015, enjoyed her most notable success of the season at Naas in March when she landed the Ladbrokes Leinster National Handicap Chase on the Ellmarie Holden-trained Abolitionist. She is a former student at Loreto Secondary School in Clonmel.

Rachael rode 11 point-to-point winners and seven winners as an amateur rider before turning professional in March, 2015. One of only two female professional National Hunt jockeys in Ireland (the other is Katie O'Farrell from Kilkenny), she gained her first success in the paid ranks when Most Honourable, trained by John Joseph ‘Shark’ Hanlon, from the Kilkenny-Carlow border outside Paulstown, was a winner at Clonmel on September 3rd of the same year.