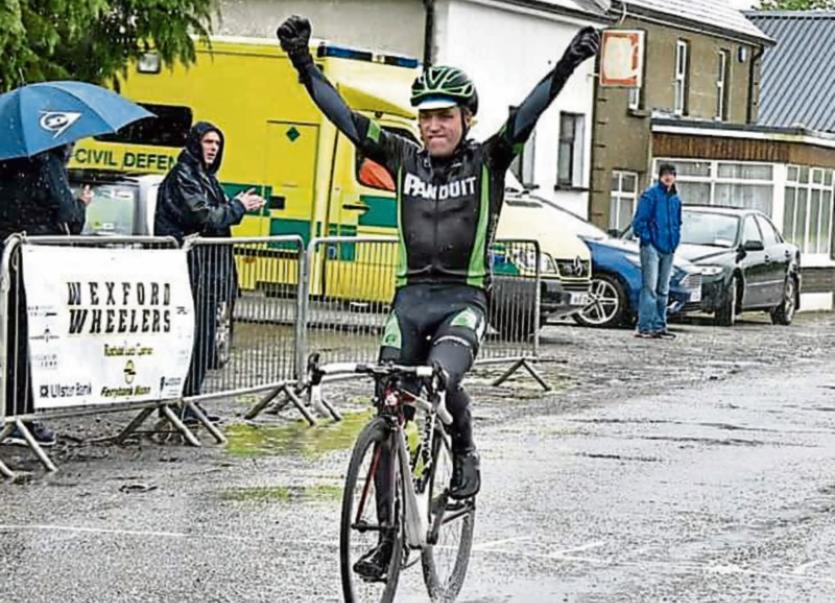 For the first time since 2013, Panduit Carrick Wheelers will be entering a full complement of riders into the An Post Ras.

The 65th edition of the race, which begins on Sunday 21st May, will feature stage finishes in Longford, Newport, Bundoran, Buncrana, Dungloe, Donegal, Ardee and Skerries.

The race is eight days in duration, totalling 1200 kilometres in distance and includes 21 categorised climbs. The race itself is the only UCI categorised race in Ireland meaning a full complement of international professionals will also be competing in the event.

Blanchfield kicked the year off well with a host of results in the early season races, coming 5th in the Des Hanlon Memorial and 4th in the Newbridge GP among others, this earned him selection on the national under 23 team for the four-day stage race “Ras Mumhan”. Here the squad won the team prize.

Purcell, competing in his first year as an under 23 rider, also hit the ground running with a fine 4th place in the prestigious Lacey Cup – the classic season opener in Tralee.

He’s maintained his fine run of form being present at the head of affairs in nearly every race during the first half of the season. He’ll be hoping to build off of the experience of riding his first Ras and carry that knowledge and form into the latter half of the season.

Philip Lavery will be riding as a guest rider with Panduit Carrick for the Ras. He has spent the bulk of the season racing abroad in some top tier international competitions.

Lavery has just returned from a stint of racing in the USA where he competed in the Tour of Gila and Redlands stage race in which he wore the sprint classification jersey.

Sean Yelverton has been a new edition to the team this year, he is also another under 23 rider with some real potential. Yelverton has been cracking the top 10 on numerous occasions this season and with the experience of riding the Ras last year he’ll definitely thrive during the 8-day stage race.

John Dempsey brings experience and the knowledge of a former professional rider into the squad. He has been slowly building up this season and is evidently coming into form at the right time taking the win at the Frank O’Rourke Memorial just a few weeks ago.

John has ridden numerous high level international stage races and in recent year has competed at the highest level domestically.

Overall the team has a good blend of youth, experience and strength and will be hoping for a strong showing during the 8 day stage race. A big thank you has to be given to sponsors Panduit and clothing supplier Verge Sport, without them funding a team to race at this level would not be possible.