Far from a famine: nineteen fabulous facts from Tipperary's storied rivalry with Cork 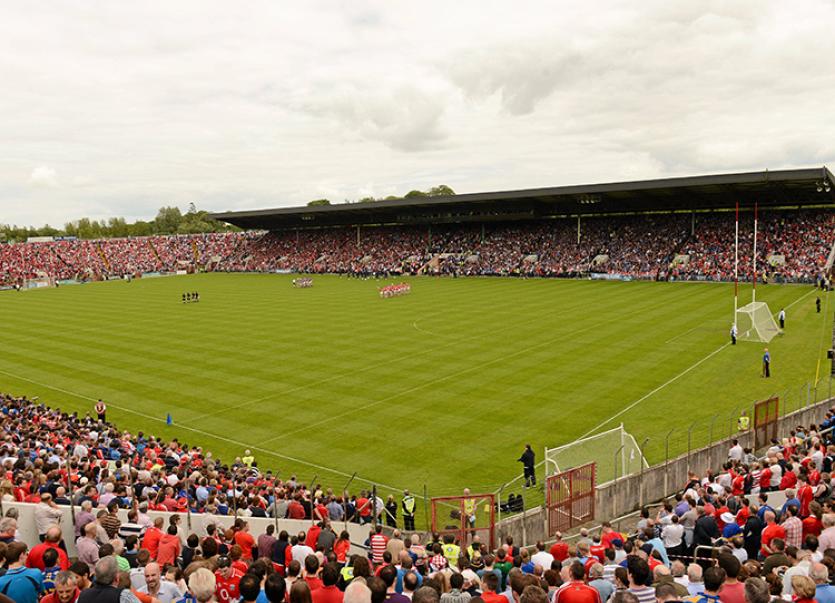 Twenty-five years ago, in 1992, Tipperary landed in Páirc Uí Chaoimh as All-Ireland champions and left with their tail between their legs following a salutary lesson on the subject of counting chickens - here Tipperary Star Sport looks back at nineteen fabulous anecdotes from Tipperary's storied rivalry with Cork.

The Tipperary-Cork rivalry was inaugurated on May 27th, 1888 with the latest instalment scheduled to take place in Semple Stadium, Thurles next Sunday (throw-in 4pm).

There has never been a decaffeinated Tipperary-Cork clash. Indeed, the Munster championship in general and matches between Tipp and Cork in particular remain one of the few experiences from the 19th century which can be experienced to this very day.

This rivalry is an institution to be revered. And, on Sunday, these rivals will produce a contest that we could never have imagined, but which will be exactly as we expected.

#One
In all Tipperary and Cork have met 86 times in championship hurling - 37 Cork wins, 38 Tipperary wins, seven draws and one game abandoned.

#Two
On June 7th 1992 Tipperary faced Cork at Páirc Uí Chaoimh as defending All-Ireland champions, but left with their tail between their legs following a salutary lesson on the subject of counting chickens - Tomás Mulcahy and John Fitzgibbon notched the goals and Cork won 2-12 to 1-12. In Brian Corcoran’s autobiography Every Single Ball he tells of how Canon O’Brien motivated the Rebels before the game. After hanging a Cork and a Tipperary jersey at the top of the room in Jury’s Hotel, Canon O’Brien asked the players what the difference between them was. “I’ll tell you the difference,” O’Brien said, “See that one? That’s the blood and bandages of Cork. See the other one? It has a big yellow streak running through it!”

#Three
As a rule Tipperary are not permitted to win in Cork, but Tipp did beat the Rebels at Páirc Uí Chaoimh for the first time since 1922 in 2008, but there was one huge caveat: Tipperary won 1-19 to 1-13 having out-scored the Rebels 1-12 to 0-1 in the final ten minutes of the respective halves. That season Cork missed a significant amount of time on the training field while engaged in an arbitrary process with Mr Frank Murphy. So, does an asterisk need to be placed beside Tipperary’s first win in Cork in 85 years?

#Four
Tipperary legend Theo English captured the magic of the Rebels most beautifully when he said: “Once they put on that red jersey you can never underrate them”.

#Five
If the 1977 All-Ireland football semi-final between Dublin and Kerry can be described as the very greatest of football matches then, surely, the Cork-Tipperary Munster final in 1991 must go down as one of hurling’s. First day out at Páirc Uí Chaoimh Cork (scoring three goals during the opening 20 minutes) led by seven points twice and by six with ten minutes to play, but Tipperary recovered to force a replay (2-16 to 4-10). In the replay at Semple Stadium, Thurles Tipperary trailed by nine points, but the Premier recovered before edging four points clear (4-19 to 4-15). A man in a wheelchair led the pitch invasion.

#Six
Cork enjoyed one of their very sweetest victories over Tipperary in the 1990 Munster final - during the preamble to the game Tipperary manager Michael Keating suggested that “donkeys don’t win derbies”. Cork responded magnificently to that jibe with the Cork Examiner responding in kind - the Monday morning headline read: “Donkeys do win derbies”.

#Seven
The year 1987 provided Tipperary with a feast to end the famine. Cork were chasing a sixth Munster title in-a-row, but Tipperary emerged from a division two league campaign to beat the Rebels (after a replay) and win a first Munster championship in 16 years at Killarney. A late Nicky English point forced extra time the second day out; then John Fenton finally missed a free (Enda McEvoy once described that moment as “the equivalent of Homer nodding”) before goals from Michael Doyle and Donie O’Connell clinched it (4-22 to 1-22). In his acceptance speech Tipp captain Richard Stakelum, with blood leaking from his face, referred to a famine’s end while Dónal O’Grady drove the Tipperary fans to distraction that very evening on the Sunday Game when naming Cork’s Teddy McCarthy as man of the match.

#Nine
The smallest crowd to ever attend a Tipperary-Cork clash did so for the All-Ireland Qualifier clash at Semple Stadium in 2007. Just 12,902 paid in to witness the Premier’s first championship win over Cork since 1991.

#Twelve
During the 2005 Munster final Cork, having conceded a penalty, distracted both the referee and Tipperary before introducing a dud ball with the word “Tipp” written on it. The penalty from Eoin Kelly was saved.

#Thirteen
Writing in the programme for the 1990 Munster final Kevin Cashman said that “players are judged (in Cork) by the single harsh criterion: can he do it or has he done it against Tipperary”.

#Fourteen
Prior to the 1960 Munster final Christy Ring roused his playing colleagues with a speech which featured some colourful language before a priest reprimanded him - “my dear Christy,” he said, “I’m sure you never read that in the New Testament”. “The men who wrote the New Testament,” Ring replied, “never had to play Tipperary”.

#Fifteen
Tipperary suffered a humiliating ten-point hammering at the hands of Cork in 2010 (3-15 to 0-14) at Páirc Uí Chaoimh - the result marked Tipperary’s 100th all-time championship defeat.

#Sixteen
The year 1954 was an enjoyable year for a leading British sportswriter by the name of David Jack. He was there when Roger Bannister broke the four-minute mile, there at the inauguration of UEFA when it was formed in Basel and there too to watch West Germany beat Hungary in the World Cup final. But, when he was asked to select his personal sporting highlight of the year Jack raised an eyebrow or two with his Empire News headline: “Give me hurling every time”. The Englishman had been holidaying in Dublin that August with his wife and happened upon the All-Ireland hurling semi-final between Cork and Galway. Jack, there and then, fell in love with the game and longed for the following summer when he returned to Ireland to take in the Munster championship. Now imagine what he might have said if he had happened upon a clash between Cork and Tipperary?

#Seventeen
In 1972 Tipperary, the reigning All-Ireland hurling champions, let a ten-point lead slip in the final 17 minutes against Cork in a Munster semi-final. The following morning on the front page of the Irish Times Dick Walsh wrote: “Munster hurling is like poteen from Newport. It has the flavour of turf, a touch of weather and a heart of fire. In a match that had all these things, Cork and Tipperary drew 3-8 each in Limerick yesterday . . . it was Munster hurling at its sweating best”.

#Eighteen
Kevin Cashman featured in the 1991 Munster hurling final programme: “to play Tipperary (is something that) outsiders will never understand, nor experience, the tremor in the blood that simple phrase brings on. Titles and trophies matter - and All Stars matter just a little - but where Cork stand vis-à-vis Tipperary is the only measure that really matters”.

#Nineteen
During the 1950 Munster final against Cork in Killarney Rebel supporters tried to disorientate Tipperary 'keeper Tony Reddin by throwing a coat over his head during the game. Reddin later escaped Killarney disguised as a priest. “Cork are never beaten until you’re putting on your clothes in the dressing room afterwards,” Tony Reddin once said.