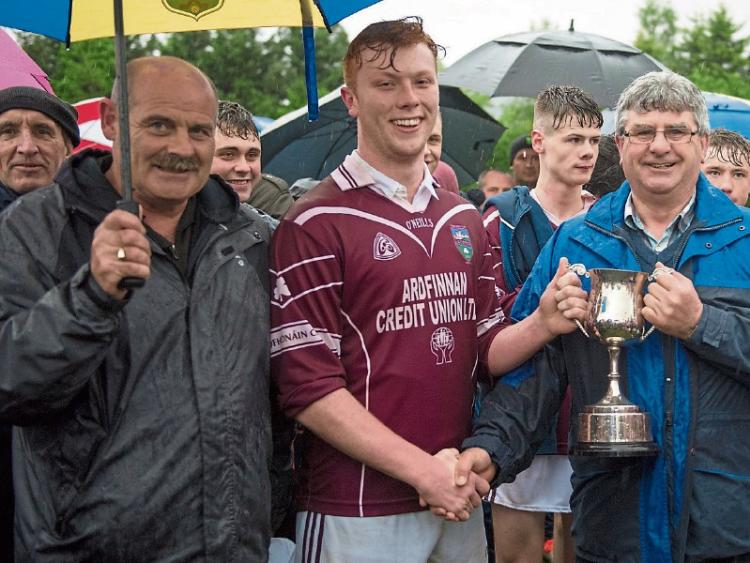 Ardfinnan claimed the South Tipperary MFC 'B' title with a well deserved 1-10 to 0-5 win over Anner Gaels on a wet and greasy pitch at Marlfield.

With both sides struggling in the difficult conditions it took 11 minutes for the first score to arrive through an Alan Walsh free for Ardfinnan.

Anner Gaels now began to dominate but found it hard to break down a resolute  Ardfinnan defence  and along with poor shooting  it meant  that they could only manage  three points, two Jack Dolan frees and the other from Robert Hackett .

Alan Walsh replied with another free. Indeed the winners could have been ahead  but Darragh O'eary’s  effort went across the goal and wide. The half time score was Anner Gaels   0-3 Ardfinnan 0-2 . 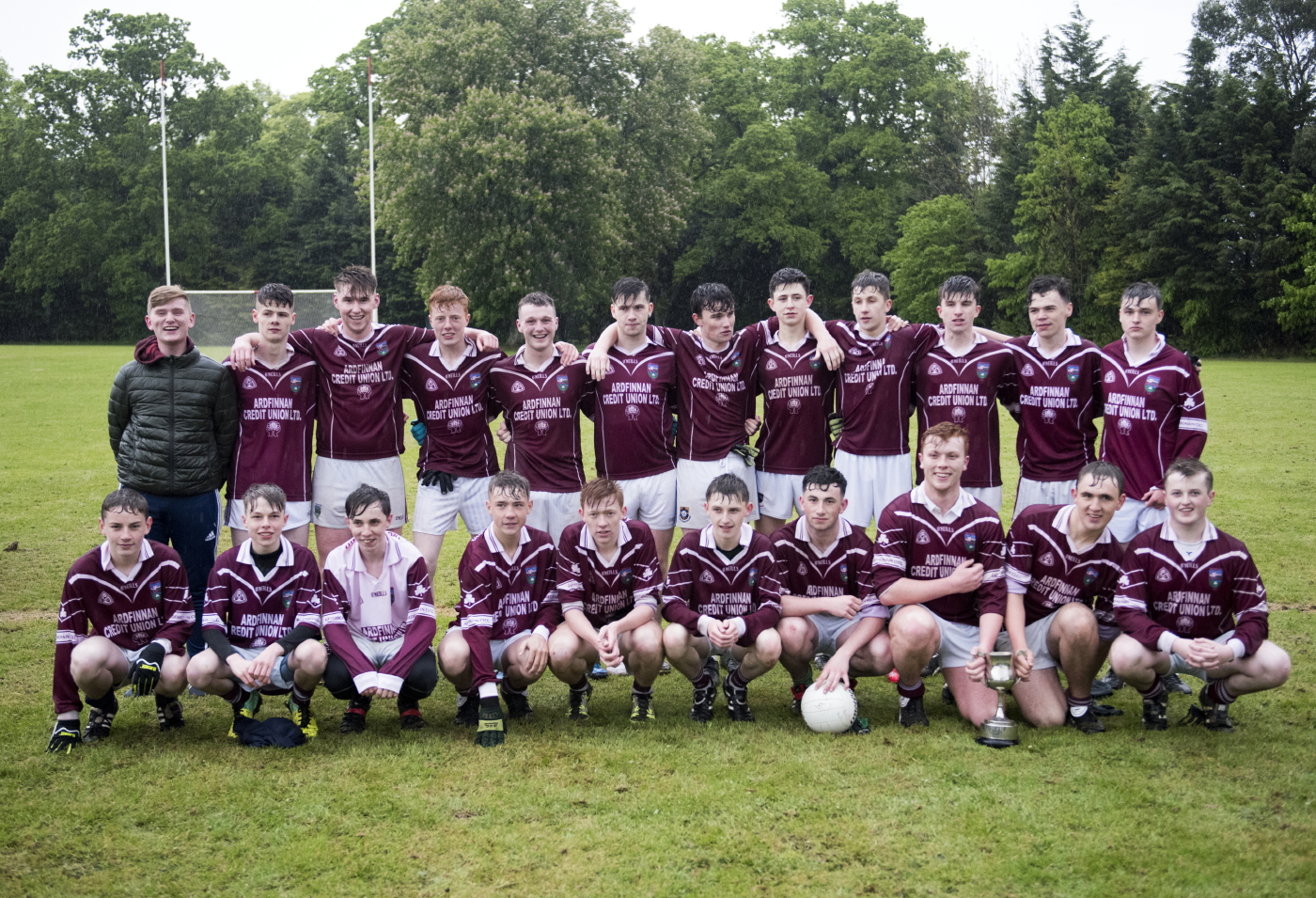 The Ardfinnan team that won the South Tipperary minor football championship 'B' title.

Sport News: Tipp hurlers must be 'absolutely spot on' next Sunday - Ryan

Ardfinnan started the second half as they finished the first and Oisin Ryan had a goal effort well saved by Gaels keeper Darragh Hurley.

But he was not to be denied a few minutes later when finding the net  after a fine run through the middle.

Anner Gaels again responded with a Jack Ward point to leave minimum between the sides, but again they found scores hard to get as the winners defence continued to dominate and they again were guilty of poor  shooting.

Another two Alan Walsh  frees followed  by an Oisin Ryan  effort  from a Darragh O'Leary  45 put five between the sides  as we entered  the final ten minutes.

Jack Ward had the Gaels' final point to leave four  between the sides.  But Ardfinnan were now dominant and had the final fouir points from Darragh O'Leary,  sub Tadhg  Burke  Luke O'Brien  and  an Alan Walsh  45  to run out winners.