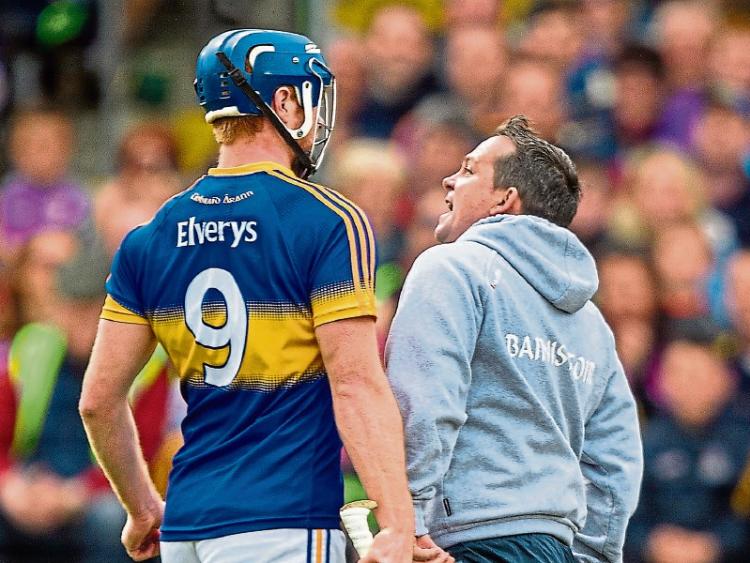 Jason Forde and Davy Fitzgerald in the controversial incident at Nowlan Park.

Jason Forde will miss Tipperary's Munster senior hurling championship clash with Cork at Semple Stadium on Sunday after losing his appeal against a one match suspension.

It is expected that Tipperary not take the case to the Disputes Resolution Authority.

Forde picked up a two match ban following his confrontation with Wexford manager Davy Fitzgerald in the league semi-final in  Nowlan Park.

Forde was charged with 'contributing to a melee'.

The Central Hearings Committee halved the ban but Tipperary wanted it removed completely.