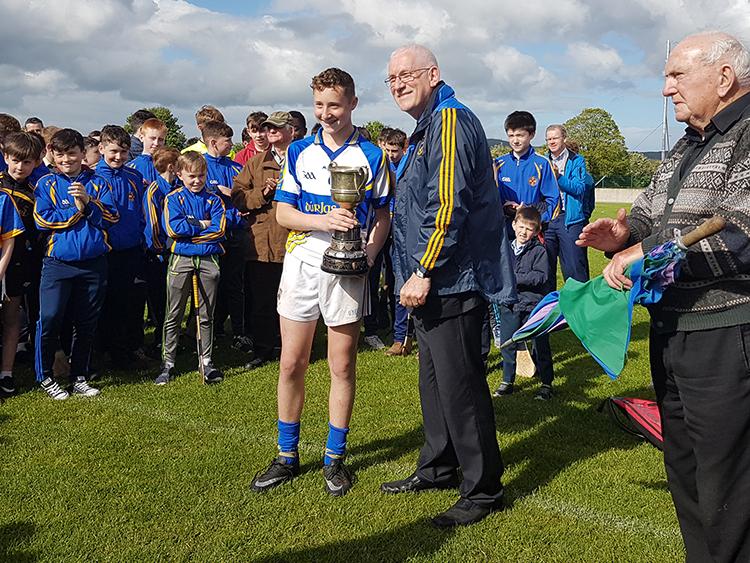 Nine seconds into this contest Conor McKelvey grabbed a terrific ball and landed a great point off his left to present Nenagh CBS with an initial lead, but Thurles CBS, who were playing with the aid of a stiff breeze, responded with a scorching 1-9 in the opening quarter.

Nenagh CBS’ Dermot McTiernan had done terrifically well to save a stinging Jack Leamy effort in the opening minute, but the Nenagh Éire Óg ‘keeper was left helpless in the 15th minute when Thurles CBS’ David Fogarty booted home the opening goal of the game (1-9 to 0-1).

The Nenagh CBS team responded with a converted free from Seán Keneally before Conor McKelvey notched his side’s second (and last) point from play in the 17th minute (0-3 to 1-9).

Thurles CBS closed out the opening half with some smashing hurling and a blast of 1-6 without reply. Stephen Ferncombe drilled over three frees during this period while Liam McCormack landed two wristy efforts from play.

Robert Doyle converted another opportunity and even though Nenagh ‘keeper Dermot McTiernan did especially well to save from the raiding David Fogarty in the 21st minute Darragh Stakelum picked out the unmarked Stephen Fercombe in the 32nd and the centre-forward rifled a left-handed shot home (2-15 to 0-3).

To be fair to the Nenagh CBS team they made a valiant stand against the odds in the second half and added four converted frees to their tally - Conor McKelvey, Seán Keneally and Michael Ryan, with a brace from long-range, were responsible for these scores.

Nenagh CBS created three goal-scoring opportunities of real note in the second half, but Seán Keneally (twice) and Paul Seymour were denied in the 40th, 46th and 48th minutes respectively by Thurles CBS ‘keeper Jason O’Dwyer who was in no mood to concede an inch.