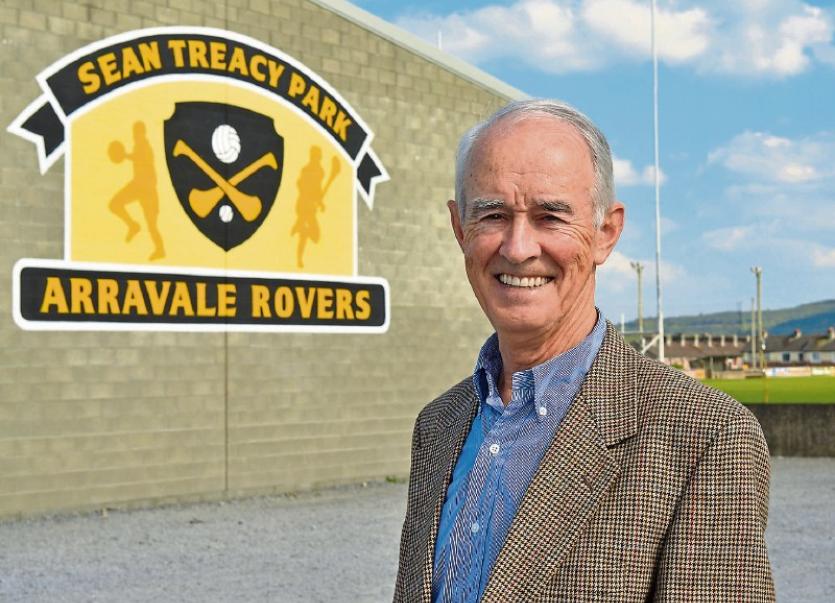 The last time Tipperary senior hurlers won back to back All-Ireland titles such terminology was unheard of.

This year  Michael Ryan and his charges will be aiming  for back to back titles to emulate the heroics of the 1964 and 1965 Tipperary senior hurling team who were the last to record such an achievement.

Tipperary town man John O'Donoghue was the goalie on that team, having graduated to the senior ranks on the back of impressive performances as a Tipp minor and as Harty Cup winner with the Abbey.

At that time, said John, players never realised they were going for the  back to back because “nobody even mentioned it, there was no such thing it was a different era”

He believes the term only came into use when the great Kerry team were going for the five in a row and it was used a lot in recent years in the media when the incredible  Kilkenny team were securing back to back, three and four  titles in successive seasons.

Back in the sixties things were very different. For Arravale Rovers man John  it was a matter of just putting on the jersey and going out and  doing what he thought he was supposed to do,  play hurling and try and win the game.

In his first year on the Tipperary team they made a clean sweep of All Ireland title, National League and  Oireachtas and  did exactly the same the following year.

Then  came  the heartbreak  of defeat  at the hands of the same two teams they had overcome to win the titles a few fears earlier, Kilkenny and Wexford. John and his teammates endured the experience of suffering defeat  on the biggest day of them all  in  ‘67 and ‘68 and he realised just how difficult it was to win an All-Ireland final  let alone just how enormous a task it was to win one title after another.

“When we were beaten it did come as a bit of a shock. At the time when we did win the two titles it did not seem  like a difficult thing to do. It was not even talked about, there was not one mention of back to back at the time. Now we all know how difficult it is to win one title after the other,” said John.

He believes the back to back phrase  to be a modern  invention and he lauded the Kerry footballers for what they achieved and spoke in glowing terms of the many factors that combined to drive Kilkenny hurlers onto such amazing feats.

John said there was so much to admire about the Kilkenny players  who were involved but first and foremost in his belief ,  was the fact that they were all “remarkable men” even before their hurling skills, desire to win, their commitment  and the management of  Brian Cody and his team were taken into consideration.

“They were remarkable men to be so grounded, it did not go to their heads, they kept their feet so firmly on the ground, they could all buy into what they had to do . That all came from within themselves, each and every individual had it. There was a lot of different things in the mix but in my view  the most important of those was the strength of character of the individual, all remarkable men” said John.

Reflecting on those memorable years that he was proud to don the Tipperary jersey, John said he never felt pressure because  playing hurling and football was  his life and his family were so much part of the fabric of Arravale Rovers.

“Hurling was  so much part of daily life in school. We came home, threw our bags in the corner and went off up the Monastery field with the hurley and when we came home again it was all talk about hurling around the table” said John.

“It all started for me really when we won the Harty Cup and I was picked as a  county minor .I was doing what I wanted to do. I never felt pressure of any sense at all” said John.

He remembers not thinking much about what they had actually achieved  when the final whistle went  in Croke Park and he had won his first All-Ireland in 1964 when Tipperary defeated Kilkenny by 5.13  to 2.8.

He remembers everything as being so informal after that victory and he asked for permission to bring the  cup to Tipperary town on the Monday night after the triumph.

“It was the Monday night when I realised what it really meant to so many people, to my father James who was involved all his life with Arravale Rovers , he was one of the leading lights in encouraging the club to purchase Sean Treacy Park  and the development of it, what it meant to the people of the town who turned up in huge numbers when I brought the Liam McCarthy to Tipperary town that night. We were driven down the Main Street on a lorry. It was only then that it really hit me how much this meant to the community” said John.

He still has contact with the men he took to the field with to represent Tipperary and still meets some of them at games.

“It was a very special time for me and everybody involved. All of the big anniversaries of those All-Ireland victories are over, and they were very enjoyable events, so we only meet now at funerals unfortunately said John.

Looking ahead to this year and the defence of their All-Ireland title, John said he would love to see Tipperary put back to back titles together in September.

“I went to the league games and before the Galway game I was very confident that they would do it again this year. I cannot get my head around it ,how a team that looked so good in winning the All-Ireland and in the league games  and then for that to happen in the league final. Against Wexford there was nothing in the game until the last ten minutes and late goals put a different slant on the game.

Against Galway I was surprised at how flat Tipp were. The game was over with twenty minutes to go. Prior to that game I would have said these lads had what it takes to win two in a row. That performance against Galway will put a little doubt into it but it could be the jolt needed for fellas to realise that the difference between winning and losing is very small and that you have to be at your best all of the time. I would love it if they can do it, it would be marvellous for the county to do it again. I hope they can do it” said John