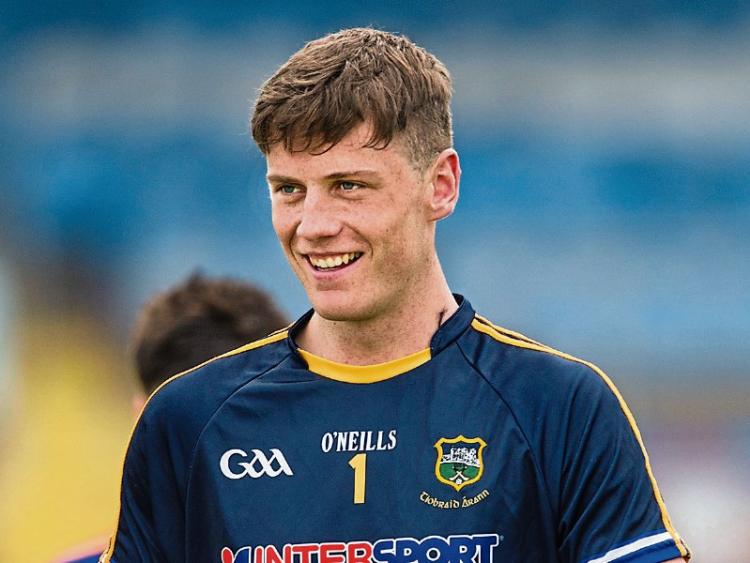 Kilsheelan Kilcash let a nine points lead slip as they lost in controversial fashion to J K Brackens in the Tipperary Water county senior football champions, group one, round two game at Boherlahan, 1-14 to 2-10.

Their frustration was further fuelled by the sending off of their goalkeeper Evan Comeford in injury time after a dispute with referee Paddy Russell, which led to Brackens’ winning point from a free, and by the over-turning of a free to them in front of the Brackens’ goal immediately afterwards, which would surely have led to a drawn game.

A throw-in followed consultation with the umpires, and Brackens cleared their lines.

From the word go, with both sides needing a win after defeat in their opening games, this was an absorbing contest. Kilsheelan were on fire early on as they took their opponents apart with a display of pacey co-ordinated football that  saw them go five points clear, without reply in ten minutes.

Leading 2-5 to 0-2 at this stage a rout was on the cards but Brackens steadied, the introduction of Sean Patrick Guerin proving most beneficial. In the concluding minutes of the half, they outpointed their rivals four to one but Kilsheelan were still 2-6 to 0-6 ahead at the interval and poised for victory.

Victory was even more in Kilsheelan’s hands and when Conor Davin Murphy pointed for them inside a minute of resuming. Brackens needed to dig deep and this they did with points by Jack Kennedy and Dean McEnroe.

In the 39th minute  the complexion of the game changed entirely when  Sean Patrick Guerin goaled after good work by Jordan Moloney and  Lyndon Fairbrother. This left Templemore  only two points behind (1-8 to 2-7).

Shane Scully, another successful substitution for  Templemore, and Dean McEnroe then pointed to level the game at the three quarter mark.

Kilsheelan’s collapse was incredible but they showed what they are made of with points from goalie Comerford from a free, his third of the evening, and Brendan Martin, to hit the front once more with ten minutes to go.

Again Brackens responded. Points from McEnroe (2) and Shane Scully had them in front with two minutes to play. Adrian Maguire looked to have rescued Kilsheelan when he kicked a magnificent long-range equalising point in the 60th minute but the drama was by no means over.

The Mid lads surged forward and were awarded a free when Comerford was adjudged by referee Paddy Russell to have fouled.  The county man did not agree and his reaction led to his getting a red card to add to his frustration. Dean McEnroe pointed the free and it seemed Brackens had pulled off an amazing comeback.

But there was yet another twist. Kilsheelan surged into attack and in a melee in the Templemore goal, the referee appeared to award them a free in. However, on consultation with his umpire, a throw-in was the verdict, and from this Brackens emerged with the ball, raised the siege, and held on for a win that gets them right back in the championship frame.

Kilsheelan’s frustration was understandable and leaves them with a huge task to stay in the competition. Particularly frustrating for them is the fact that the quality of their opening play was such as to trouble the best sides around, but they took their foot off the pedal in the third quarter, and duly paid the penalty. Some slack shooting in the first half also cost them scores which ultimately was their undoing.

Full marks to Brackens however who turned a desperate situation into a glorious win that should do wonders for their morale as they face into Killenaule in their final game in the group. The introduction in the first half of Sean Patrick Guerin had a huge influence on the game as did that of Shane Scully in the second half. These with Lorcan Egan, Lyndon Fairbrother, Tom Murphy, and Dean McEnroe were their key players.

It was a very disappointing evening for Kilsheelan  but if they could maintain that level of performance of their opening  twenty minutes for the hour, they would take some beating as they face up to Drom-Inch in their next outing Brendan Martin, Mark Kehoe, Bill Maher, Jimmy Ryan,  Evan Comerford, and David Corcoran did most for their cause.