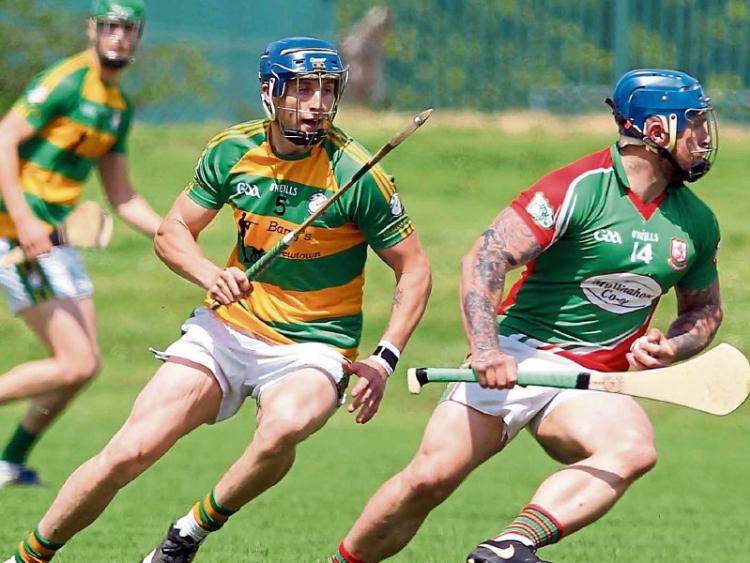 Mullinahone's AJ Cronin gets ahead of Burgess defender John O'Dwyer in the County SHC.

South champions C J Kickhams, Mullinahone, got their county championship back on track when they ground out a two points win, 1-17 to 0-18,  over Burgess in group four, round two of the Tipperary Water county senior hurling championship at Templemore.

County man Sean Curran was star of the show for them with ten points in all, but right through the team there was a spirit and determination to succeed that carried the day in the face of sustained pressure from the Burgess side, who, like Mullinahone, needed to win after suffering defeat in the first round.

This was a keenly contested  affair all through, with little between the sides,but when it mattered most, Mullinahone had their noses in front, a goal by sub Geaorge Browning in the 57th minute edging them ahead when it seemed Burgess were on the road to victory.

Mullinahone  dominated the early stages. They were competitive in everything they did and with Sean Curran on his game they raced into a 0-5 to 0-1 lead after seventeen minutes.

Stephen Murray got Burgess’s point and he was to be their scorer in chief in an afternoon when he notched thirteen points in all, a huge individual contribution, but at the same time a reflection on the lack of scores coming from other quarters.

Burgess did better in the second quarter and closed the gap to a point  by half-time (0-7 to 0-8), Brian Hogan the only other Burgess player to score in that time, while A J Cronin and Miceal Dunne added to Sean Curran’s contribution for Mullinahone.

It was very much anybody’s game, Burgess’ second quarter recovery bringing them right into the frame. Scores were traded in  absorbing fashion and the sides ere level five times in the third quarter. It was 0-14 each after 50 minutes but then Stephen Murray (2) and Keith Nealon points  in four minutes put Burgess in the driving seat, three ahead with five minutes to go. 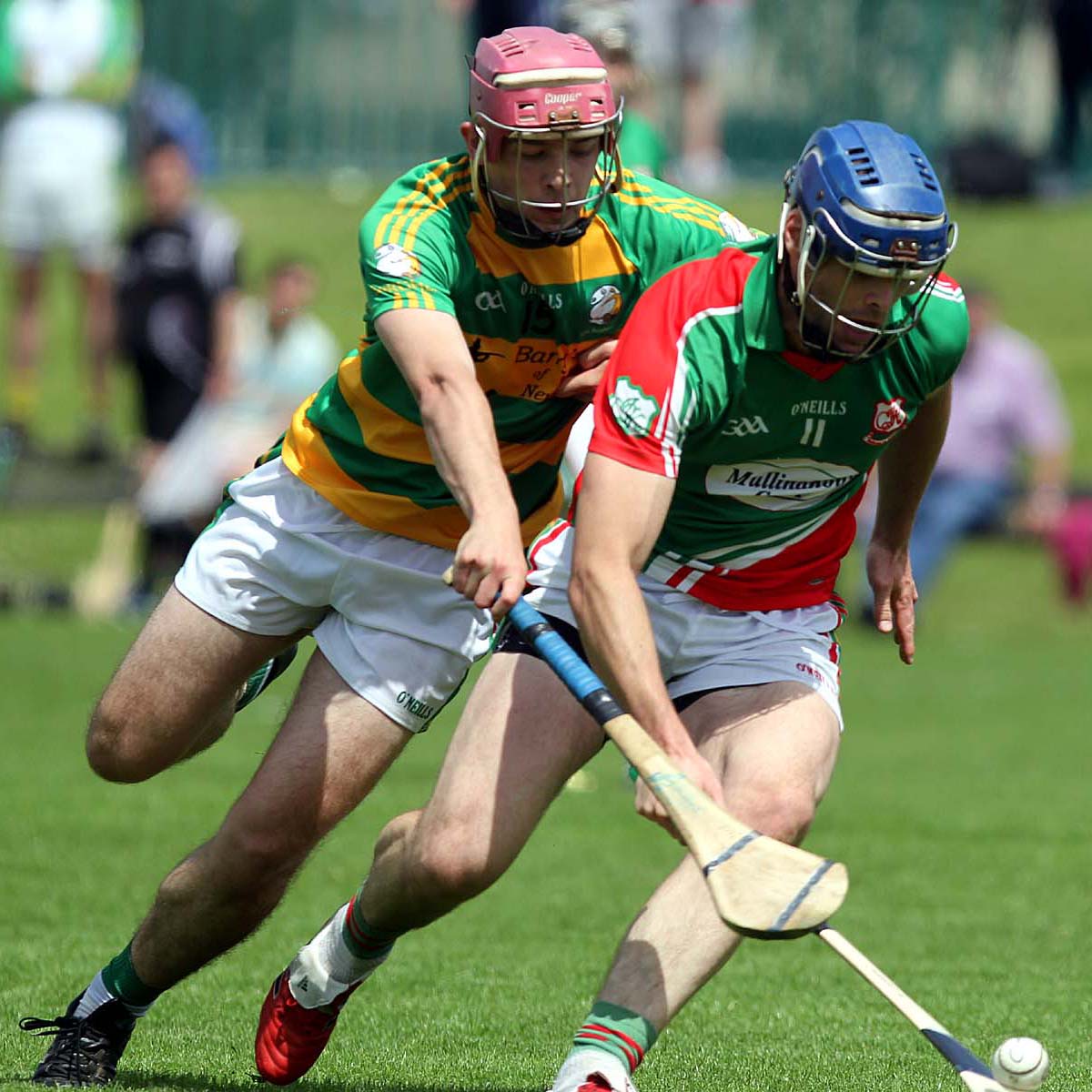 Mullinahone's Niall Curran gets to the ball ahead of Burgess' Willie Ryan.

Sean Curran countered for Mullinahone from a free but Keith Nealon looked to have restored Burgess’  three point advantage only to see his effort waved wide after consultation between referee Kevin Jordan and his umpires.

A big decision that and a further blow to Burgess came  in the 57th minute when George Browning, who had just come on, was on hand to rifle home a Mullinahone goal for a lead of 1-15 to 0-17 .

More trouble for Burgess a minute later when minute  Brian Hogan was red-carded following a tackle on Gary Cronin.

Mullinahone were hanging on by a thread as a long-range free by Stephen Murray to level for Burgess fell short and Sean Curran extended Mullinahone’s advantage to two points with a free in the 61st minute.

Burgess lost Murray to injury, and Keith Nealon successfully took over the free-taking with a 64th minute point but, from the puck-out, Miceal Dunne fired over another for Mullinahone to seal their victory.

Mullinahone’s delight at the win was very evident and it should give the team a huge boost for the remainder of this campaign and their bid to retain their South title. They were without the injured Jack Shelley,while Colin Shelley and Eoghan Brett were exam-tied. The availability of this trio will  greatly strengthen  management’s hand as they face  into the business end of the championship, with a clash with neighbours Killenaule, a mouth-watering prospects with the stakes so high.

Sean Curran was their top-performer. He scored ten points, four from play but  brothers Alan and Paul, Eoin Fennelly, Miceal Dunne, and A J Cronin all had big games for them.

The spectre of a  relegation play-off now hangs over Burgess after this their second defeat. They were without Bill O'Flaherty and Tommy Hogan and will need to be at full strength with a game against Killenaule facing them in the third round, not to mention the possibility of a relegation battle. Jack Flaherty and Johnny Mulqueen worked hard in defence as did Shane Maher and Conor Gill at midfield. Stephen Murray was their main danger in attack with Keith Nealon also doing well. County man Donagh Maher making his comeback after injury, came through unscathed.

Winner announced - Best 99 in Tipperary is...