Breaking: Niall Quinn says it's time for Tipperary to put the jersey first 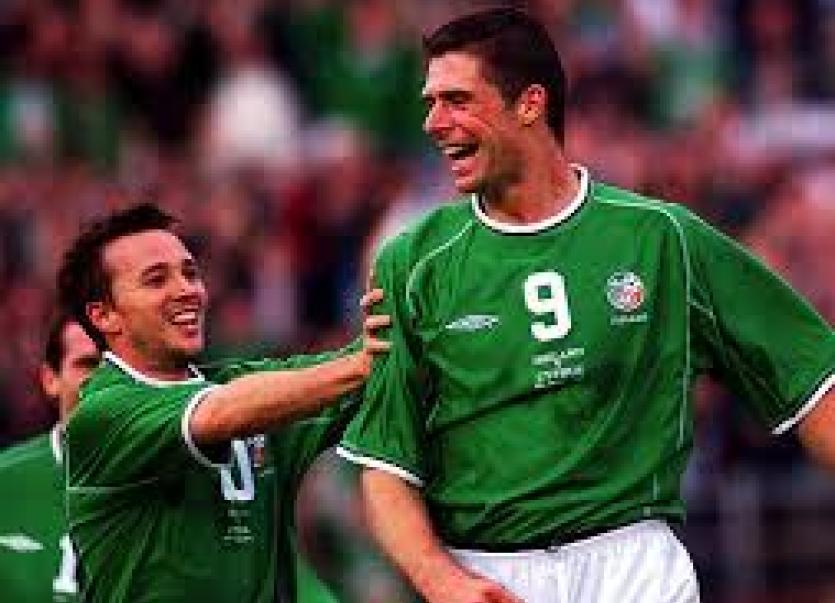 Niall Quinn celebrates scoring one of his 21 goals for Ireland

Former Irish soccer international says Tipp need to get back to winning matches.

Former Irish soccer international Niall Quinn - a great follower of Tipperary hurling thanks to his links with Thurles - told The Tipperary Star that the only way for Tipperary to move on from the upset of last week is to get on with the business of winning games again.
Niall Quinn was capped ninety-two times for the Republic of Ireland soccer team, scoring twenty-one times and appearing for the national side at one UEFA European Football Championship in 1988 and two FIFA World Cups in 1990 and 2002. Niall Quinn, of course, also played club football for English Premier League teams Arsenal, Manchester City and Sunderland during the 1980s, 1990s and 2000s.
As a player Niall Quinn was also head, neck and heels in the whole Saipan debacle in 2002 during which Roy Keane was sent home from the Irish squad following a row with manager Mick McCarthy - an incident which split the country in two and dominated the national airwaves for weeks afterwards. Even to this day, people speak of the Saipan debacle. 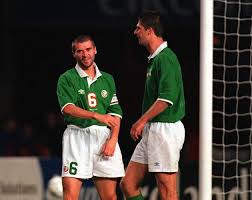 Quinn pictured with Roy Keane on the field of play - prior to Saipan.

While the current situation within the Tipperary senior hurling camp is nothing like the Saipan tsunami, Quinn, the son of former Tipperary player Billy Quinn and who played underage hurling and football for Dublin, says that the commencement of games and getting on and winning them, is the only way to get away from the distractions.
“There is only way to stop it all and that's to win matches and to go out the next day and put the jersey first.
“What puts the lid on everything is a cracking good performance - that puts everything to bed,” Niall Quinn told the Tipperary Star this week in the Anner Hotel when he attended the Peake Villa FC golden jubilee celebrations.
Ironically, Peake Villa was formed at a time when the ban was rife and there was much opposition to the formation of a soccer club in the birthplace of the GAA.
Niall Quinn spoke at length about the difficulties the club officials and players had during the early days and the intimidation they were subjected to as they tried to get things off the ground.
However, he noted with delight that things have changed and was, perhaps, surprised to be answering GAA questions at a soccer event.
“We don't know yet who we will be playing next or where it will be so there's a bit of uncertainty there. But the lads will be working away towards the next game and that's when everyone will start to think about the games again.
“The squad will have put this behind them and moved on. Last September seems to be long forgotten now, but that's sport isin't it,” he said.