Tipperary team competes at the Go For Life Games 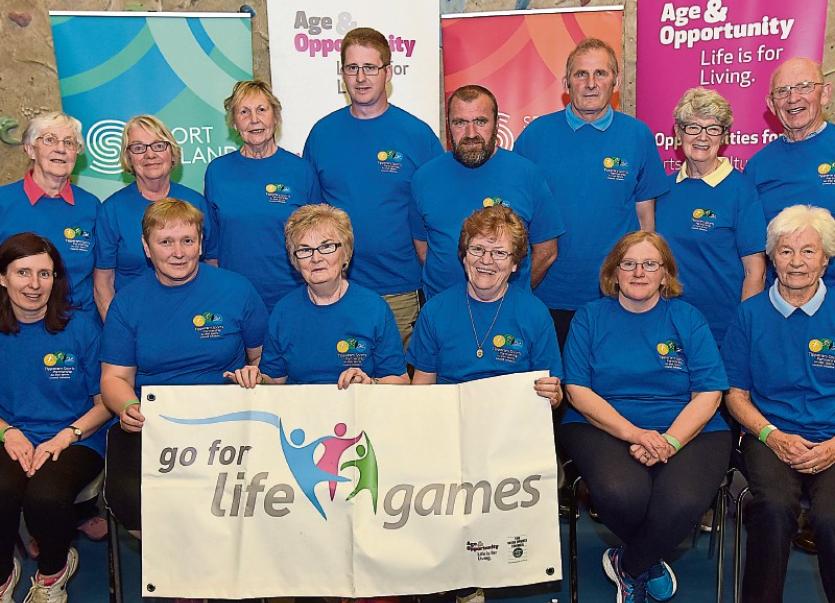 They were one of twenty four teams from around the country participating in a day of fun sporting activities.

Now in its sixth year, the Go for Life Games is one of the biggest social sports events for older people in Ireland and this year’s event brought together 300 older players from all over Ireland to compete, to stay healthy and to have fun.

Go for Life is the national physical activity programme for older people, run by Age and Opportunity and funded by Sport Ireland.

The Go for Life programme and the Games event demonstrates that sports are for everyone, not matter what age you are.

With 24 teams from 21 counties competing, Tipperary faced some stiff competition on the day.

What began as a one-day event in 2012 is now a year-round phenomenon, with older groups training, practising, competing and coming through heats in their counties in order to compete in the finals in DCU.

The event is growing every year and it is hoped that by next year there will be teams competing from every county.

The games themselves are devised specifically for Go for Life.

'Lobbers' is a target game adapted from petanque and boules; 'Scidils' is a two-sided adaptation of ten-pin bowling but using two skittles; 'Flisk' is adapted from boccia and horseshoe pitching.

These games, with clear rules and scoring systems, can be played and practised by everyone, no matter what level of sporting ability. They are great for developing balance, flexibility and concentration. The social aspect of the Games also brings people together for fun social events, with a healthy amount of competition to keep things interesting.