Who will win the Tipp senior football games this weekend?

Clubs chase the knock-out places in race for county title 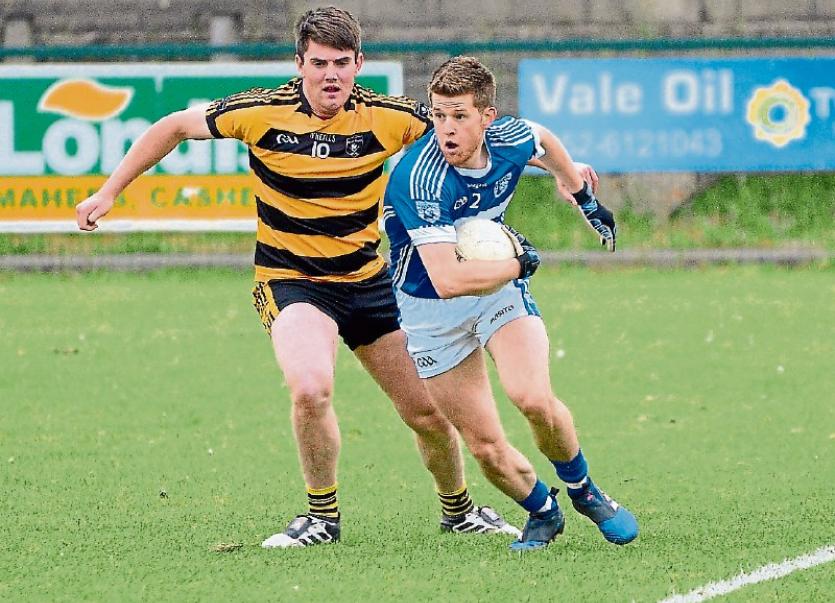 Fethard's Gavin Fitzgerald and James Hogan of Arravale will be in action for their clubs this weekend. Fethard play Moyle Rovers on Friday night; Arravale play Aherlow Gaels on Saturday night.

It is a big weekend on the Tipperary senior club scene with the final games in three of the four groups down for decision with some vital clashes in the mix before the race for the county title is narrowed down somewhat. 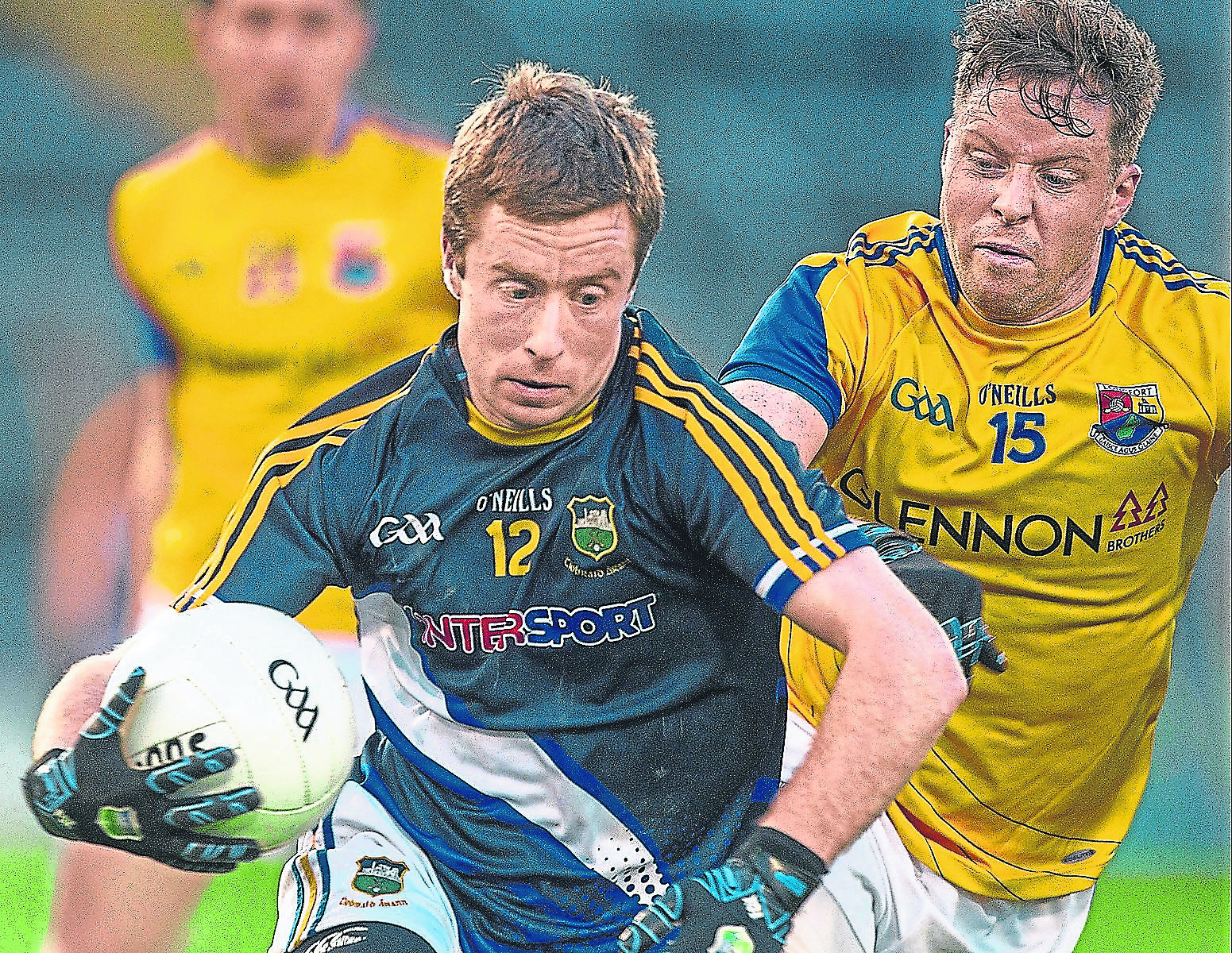 County captain Brian Fox will be in action for his club Eire Og against Galtee Rovers in Sean Treacy Park at 7.30 pm on Sunday night.

First up is the clash of Drom/Inch and Kilsheelan/Kilcash at Leahy Park in Cashel which the South Tipp side has to win having lost both their opening games against Killenaule and JK Brackens. Drom/Inch were one-point winners in their opening game against Mid neighbours JK Bracken's before losing heavily to Killenaule the last day. Kilsheelan were well in control against Templemore when the sides met at Boherlahan before imploding to eventually lose a game which was shrouded in controversy with the red-carding of Tipperary goalkeeper Evan Comerford. Kilsheelan should be good enough to triumph in this must-win game and will hope that Killenaule will do them a favour against JK Bracken's. Verdict: Kilsheelan/Kilcash.

Also on Friday evening is the clash of neighbouring parish clubs Fethard and Moyle Rovers which goes ahead at Clonmel Sportsfield. County Intermediate champions from last year Fethard were unlucky to lose their opening fixture with Arravale Rovers before securing a draw with Aherlow Gaels in their second outing. Moyle Rovers, county finalists for the past two years, won both their opening games and are already through to the knock-out stages. The Powerstown/Lisronagh side, with four starters on the Tipperary team against Cork last weekend, would be expected to be strong enough to win here if they field at full strength. Victory for Rovers will leave Fethard anxiously watching the other group game on Saturday evening between Arravale Rovers and Aherlow Gaels to learn of their fate. Verdict: Moyle Rovers.

At Golden on Friday night, last year’s county champions Loughmore/Castleiney will oppose Ardfinnan. The Mid side defeated Galtee Rovers at Leahy Park in Cashel in their only group game thus far, whilst the South side, struggling at this grade for a few years now, have already lost to Eire Og Annacarty and Bansha. Anything but a win for Declan Laffan’s side would be a major shock. Verdict: Loughmore/Castleiney.

On Saturday there is a double bill at Leahy Park in Cashel.

First up at 6.30 pm is the Upperchurch/Drombane v Clonmel Commercials clash. The Mid side lost by the narrowest of margins in their group opener to Ballyporeen before putting in an impressive show against Cahir in Cahir when they won by four points, a margin narrowed considerably by two late Cahir penalties. Commercials will have to do without the injured Michael Quinlivan and Jack Kennedy for this one, while Upperchurch will be missing star player Paul Shanahan who is in America for the summer. Commercials will be expected to win this but Upperchurch will know that with the Cahir and Ballyporeen game starting later in the evening, they must keep the deficit down to avoid being edged into a relegation issue depending on that result. Verdict: Clonmel Commercials.

The second game in Cashel on Saturday night at 8 pm sees unbeaten Killenaule take on JK Brackens. With wins already against Drom/Inch and Kilsheelan/Kilcash, one would expect ‘The Robins’ to start favourites for this one and should top the group unless they lose heavily. It will also depend on the strength of the Killenaule side taking the field knowing that they are already qualified. Templemore, with a narrow win against Kilsheelan under their belts, will be aware that a win will secure them a knock-out place but if they lose they may still be edged out depending on the result of the Kilsheelan v Drom game. Verdict: Killenaule. 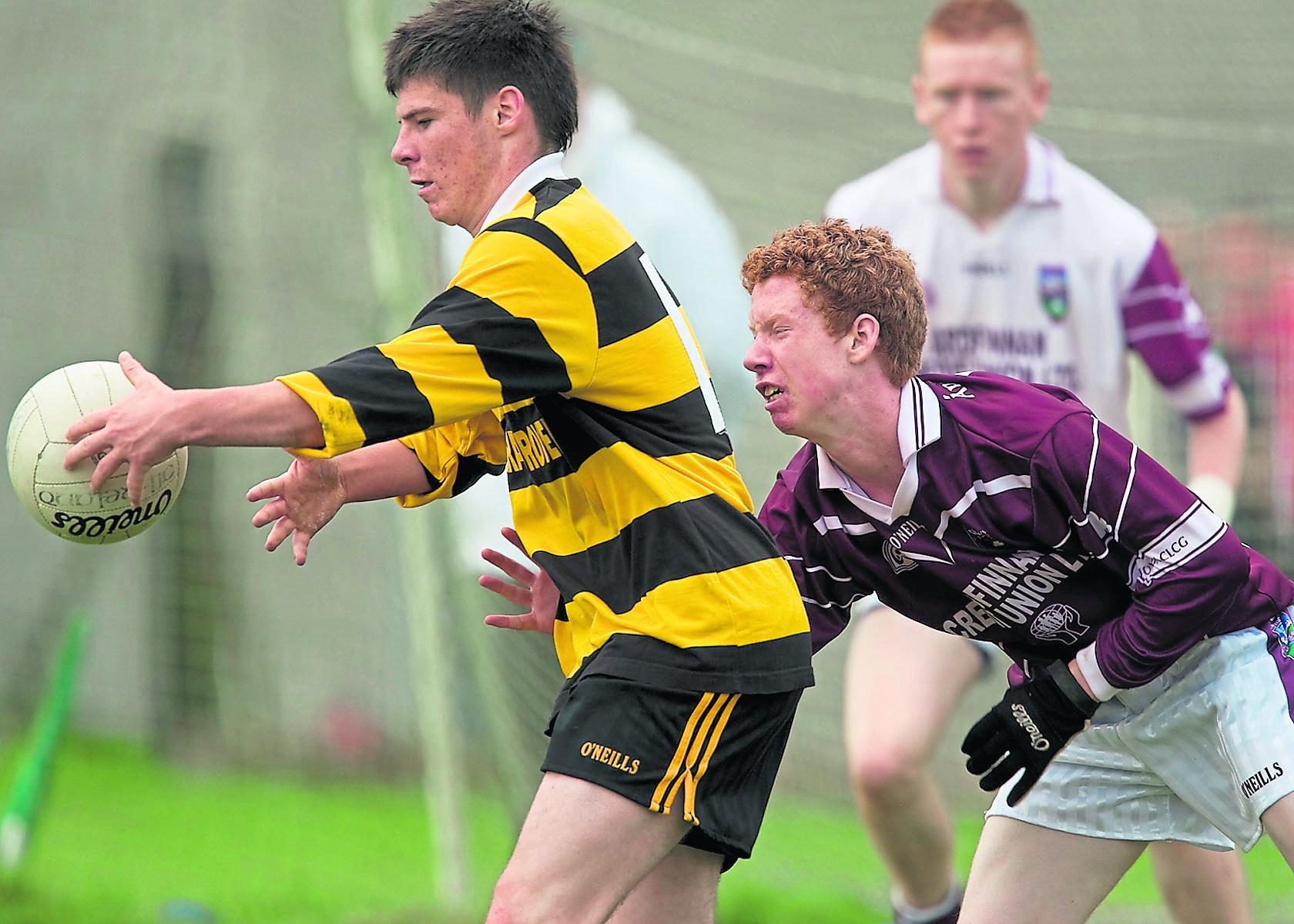 Also on Saturday evening at 8 pm in Ardfinnan there is a vital Group 4 clash between Cahir and Ballyporeen. County finalists from 2014, Cahir find themselves in serious bother having lost both their opening fixtures to Clonmel Commercials and to Upperchurch/Drombane and have a points differential of -8 going into this game. Ballyporeen were narrow winners in their opener against Upperchurch/Drombane but shipped a heavy loss to Commercials in their second outing. Cahir will have to start without their county man Liam Casey who came off injured last weekend against Cork, while Ballyporeen will be led by Conor Sweeney, so influential for Tipperary in that same game at Páirc Uí Rinn. Both sides will know the result of the Commercials v Upperchurch game before throw-in and therefore will know exactly what they need to do. Ballyporeen get a hesitant nod to get the win that will guarantee them second spot in the group. Verdict: Ballyporeen. 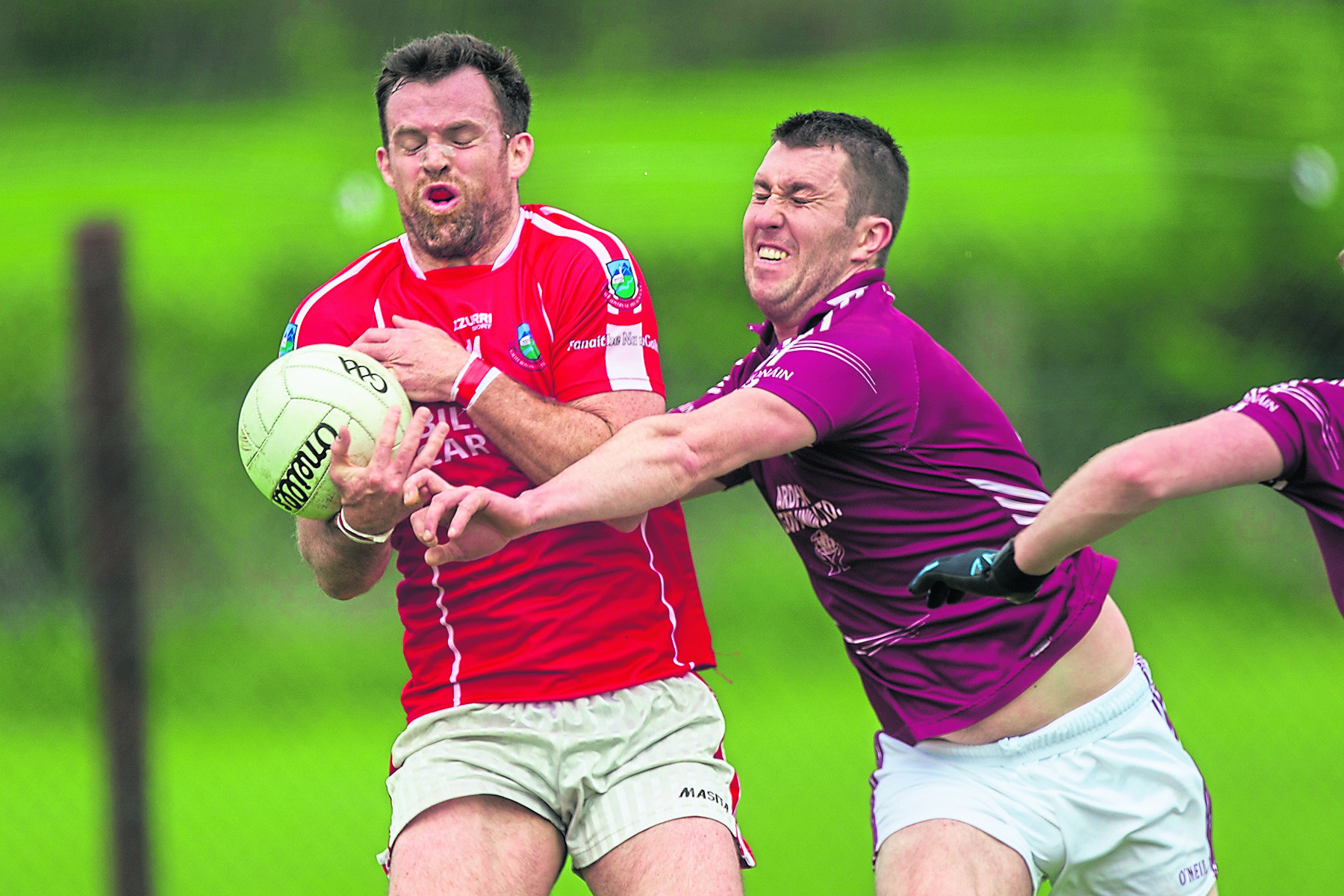 Sunday’s only game brings together Eire Og and Galtee Rovers in Sean Treacy Park, Tippeary at 7.30 pm. This encounter, more than likely, is the decider for runner-up spot and a last 12 place in the knockout stages. Galtee Rovers were 3-10 to 0-12 winners over Ardfinnan in their opening group. However, Bansha started quite poorly against Loughmore the last night in Cashel before improving somewhat as the game developed. They will need to improve even further to win this one. And one expects that they might just about do that. Verdict: Galtee Rovers.