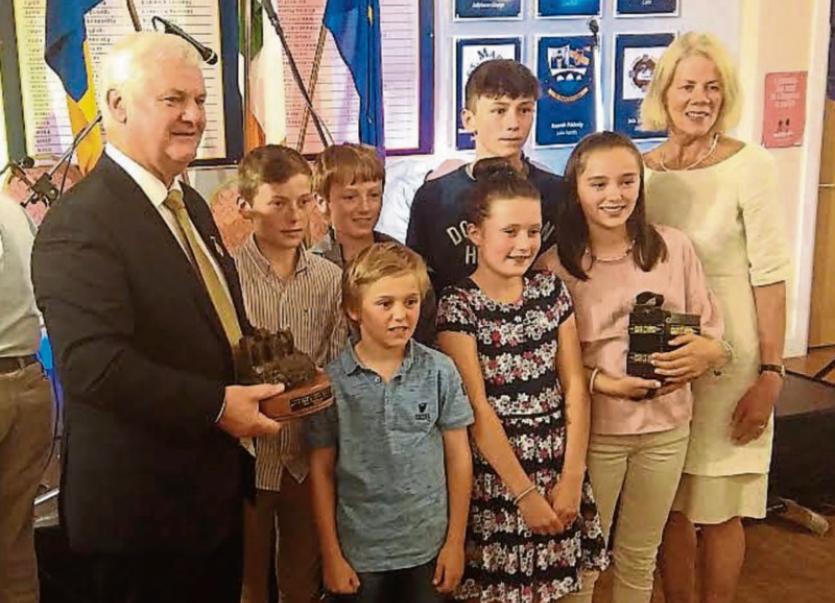 GAA president Aogain O Fearghail paid glowing tribute to South Tipperary GAA Centre and its founding fathers when he visited the centre this weekend to mark its 40th anniversary.

Those who started the Clonmel centre in 1977 had shown wonderful  vision and it remained as relevant today as it was forty years ago, he said.

He said inclusivity was essential in the GAA and the Clonmel centre played a key role in that, in bringing all clubs in the division together and also opening its doors to other groups.

"We all need to belong and the GAA is a perfect example of that", the Cavan man told a packed audience.

He remarked that Tipperary had a proud tradition in the GAA. Not only was it founded in Thurles but he believed its roots went back further, to Mullinahone's Charles J Kickham and his wonderful novel 'Knocknagow'.

The novel's theme of doing one's best for the 'honour of the little village' was built on by the GAA and developed. 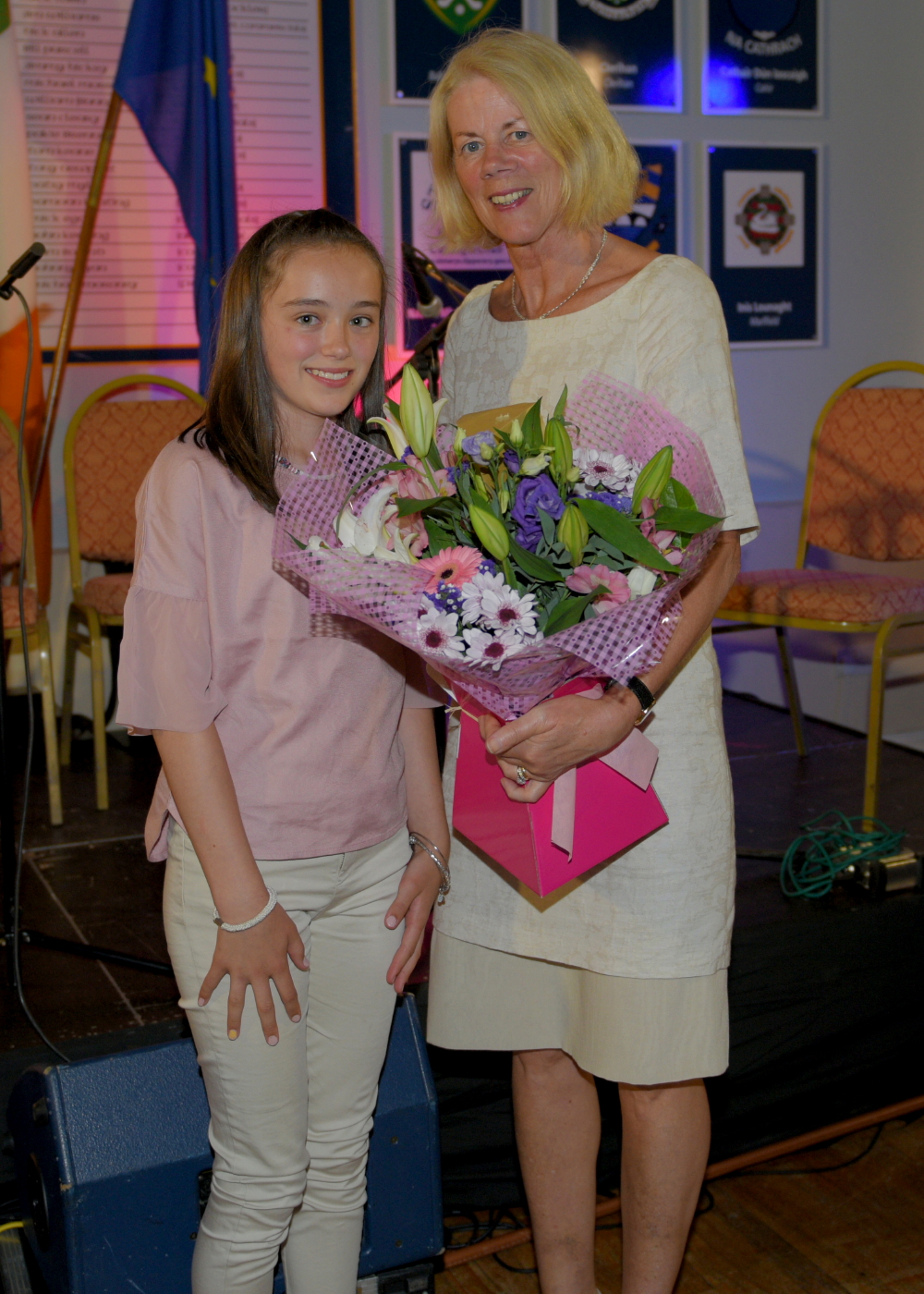 Mr O Fearghail pointed out that preserving culture was also a cornerstone of the GAA and nowhere was it better exemplifed than in the entertainment provided at the centre's anniversary.

A wonderful group of young local entertainers, Na Tractalai, mesmerised the president, his wife Frances and all the audience for the brilliance of their music, singing and dancing.

Their range of instruments went from the tin whistle to the harp, the fiddle to the flute, and they showed that traditional music is alive and well ini Clonmel.

Tributes were paid to the group's mentors, and Mr O Fearghail and his wife insisted on posing for photographs with the group at the end of proceedings.

The musicians were Niall, David, Kevin and Roisin Barry, and Naoise and Oisin Forristal.

Meanwhile local historian and long time centre stalwart Seamus Leahy recounted many of the events that took place in the Western Road centre over the past forty years.

Like all speakers, he paid tribute to the efforts of two men who were no longer with us, Tipperary hurling legend Mick Maher, and South Board officer Tom Cusack, for their huge input. 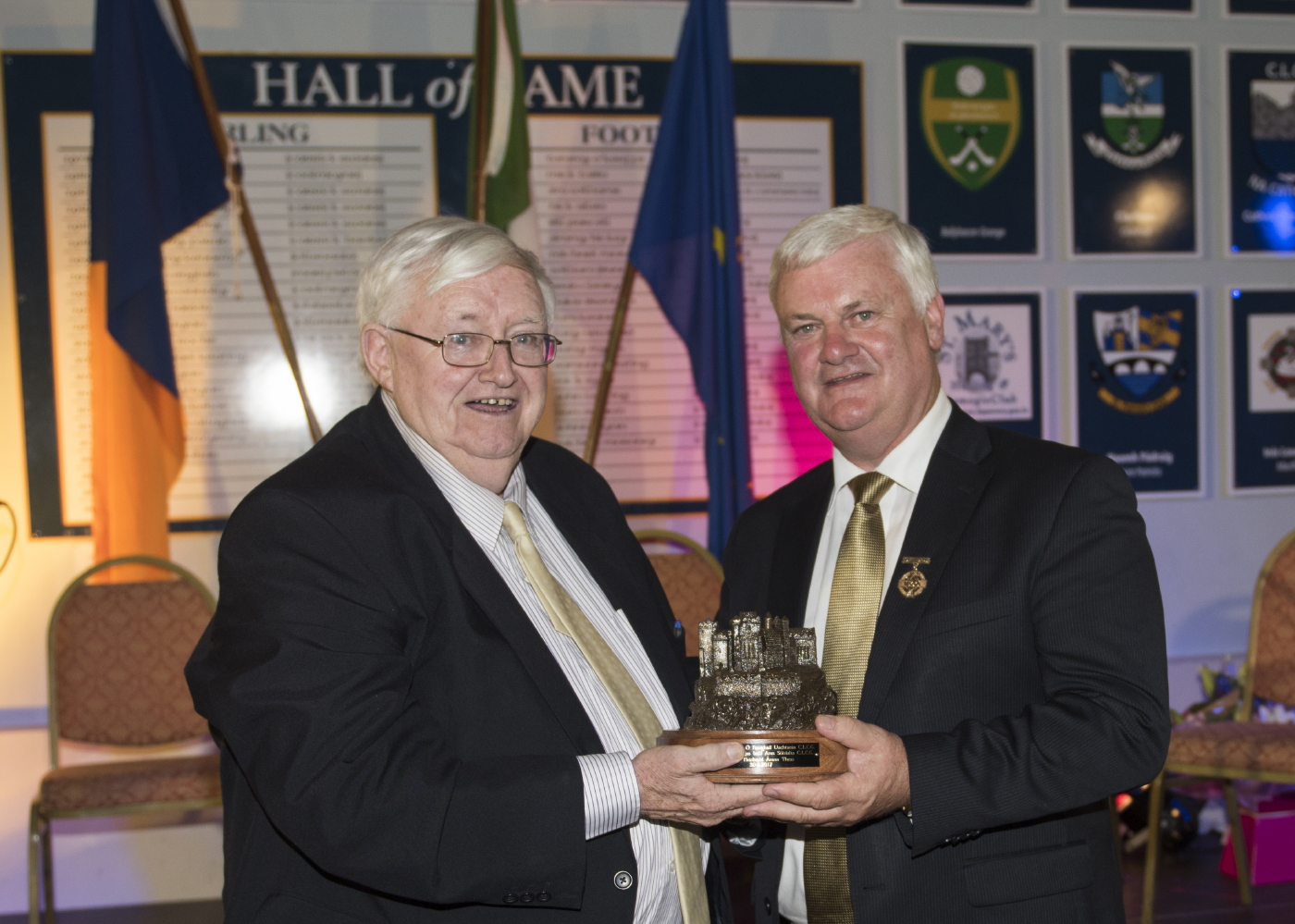 He said that Maher had brought four Clonmel clubs together at the start of the centre and many thought that impossible as it was difficult to get the four clubs to agree on anything!

"But whether it was handling Cork forwards in his playing days or awkward farmers when County Agricultural Officer, Mick Maher was able to do most things", Mr Leahy said.

South Board president Michael O'Meara made a presentation to  Mr o Fearghail  to mark his visit.