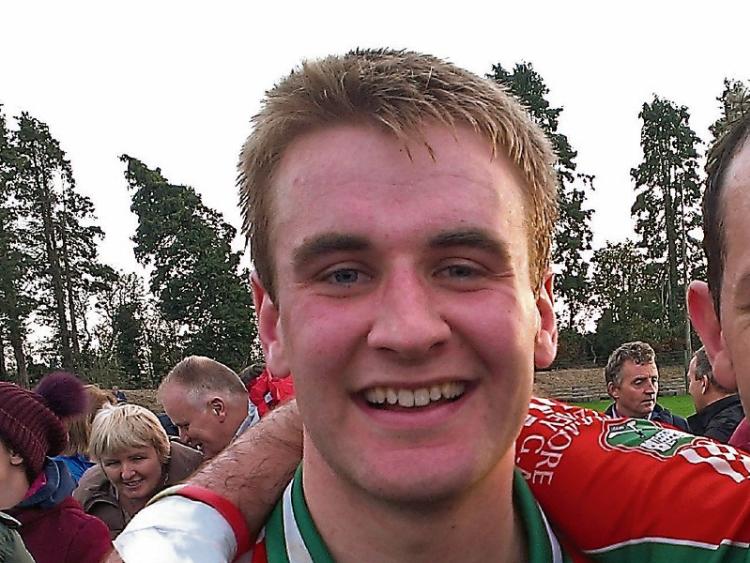 John McGrath, who scored a goal against Westmeath last weekend, is pushing for a return to the starting fifteen when Tipperary play Dublin in Saturday's All-Ireland Hurling Championship qualifier.

Their thus far unconvincing defence of the All-Ireland title continues on Saturday when Tipperary entertain Dublin in the All-Ireland Senior Hurling Championship qualifier at Semple Stadium.

The match starts at 5pm and forms part of a very attractive double header at the Thurles venue, with Kilkenny and Waterford meeting in the other All-Ireland qualifier at 7pm.

The Tipp/Dublin clash won't be televised live, although the Waterford/ Kilkenny game will be shown live on Sky Sports.

It's also an important weekend for Tipperary's senior footballers, who meet Cavan in Round 2B of the All-Ireland Football Qualifiers.

The match will be played at 2pm on Saturday at Kingspan Breffni Park in Cavan, the scene of Tipp's victory over Derry in last year's qualifiers, one of their great triumphs in that unforgettable journey to the All-Ireland semi-finals.

So far, the Tipperary hurlers look a pale shadow of the team that swept all before them last year, when they claimed five championship victories en route to winning the All-Ireland and Munster championships.

Since beating Wexford in the National League semi-final back in April they've been struggling for form. A heavy defeat by Galway in the League Final was followed by another setback, when they lost to Cork in the Munster Championship quarter-final.

A kind draw in the first round of the qualifiers, at home to Westmeath last Saturday, gave them the chance to resurrect their campaign and make an emphatic statement to the effect that their grip on the McCarthy Cup wouldn't be relinquished too easily.

However they limped to an unflattering 2-18 to 0-15 win that has suggested that they might not, after all, be capable of turning their season around.

An 8-points lead that they built in the first half was reduced to four by the interval, when they led by 1-10 to 0-9.

As the match progressed they lost direction and Tipp went 18 minutes without a score, and 22 without one from play, as Westmeath struck five points without reply.

With 17 minutes remaining Tipp were ahead by just a goal, and 'keeper Darragh Mooney was called upon to produce a great save from Westmeath's Cormac Boyle when the visitors threatened to equalise.

Tipp weathered the storm and a John McGrath goal gave them some breathing space, as they eventually won by 9 points, leaving their supporters in the attendance of 6,893 with more of a sense of relief than excitement or anticipation at the final whistle.

For all that it was a first win since that league semi-final defeat of Wexford on Easter Sunday, April 16th, and presents another opportunity to finally build some momentum in the championship.

The draw with Dublin has been widely viewed as favourable, considering that they've avoided the bigger guns Kilkenny and Waterford.

However there's no escaping the fact that of the four teams that recorded qualifier wins last weekend, Tipp's performance was the poorest.

Since that league final something seems broken in the camp, as their confidence, fluency and style all appear to have deserted them, although there's still time to get their season back on track, starting on Saturday.

The match pits them against a team that they last met in the championship in 2014 when Tipp won the All-Ireland quarter-final clash at Semple Stadium by 2-23 to 0-16.

Dublin, incidentally, are seeking a first championship win over Tipp in 100 years.

In what was their only ever success over the Premier County, Dublin, represented by Collegians, beat Tipperary, represented by Boherlahan, by 5-4 to 4-2 in the All-Ireland final in Croke Park on 28 October 1917.

Manager Michael Ryan made three changes to the team that beat Westmeath, from the side beaten by Cork, and he hinted that more alterations to the line-up could be made before they face Dublin.

Meanwhile, the Tipp footballers are in a familiar position of facing a battle against the odds ahead of Saturday's All-Ireland Qualifier against Cavan at Kingspan Breffni Park in Cavan at 2pm.

All Star Michael Quinlivan, who damaged ankle ligaments in the Munster Championship semi-final defeat by Cork, will be missing, as will another injured pair, corner back Shane O'Connell and Willie Connors.

However on a more positive note Jack Kennedy recently returned to training while his Commercials team mates Kevin and Ian Fahey could also come into contention.

Tipp could well have beaten Cork at Pairc Ui Rinn four weeks ago and they'll be aiming to bring an even better performance to Cavan with them.