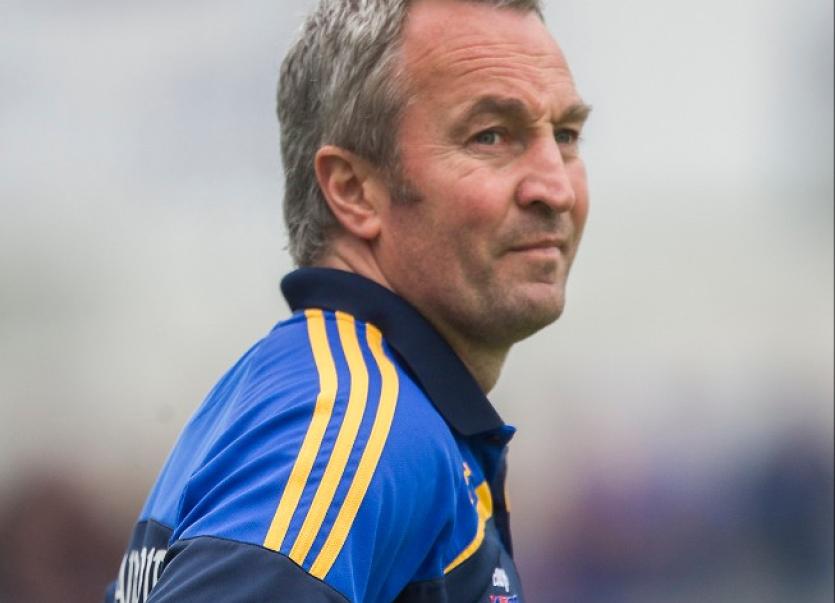 Tipperary hurling manager Michael Ryan is impressed with the way his team's momentum is building.

Tipperary manager Michael Ryan said he was hoping to continue to build momentum, "step by step", after his team reached the All-Ireland Senior Hurling Championship quarter-finals with a big win over Dublin at Semple Stadium on Saturday evening.

"We came here to win. The scoreline to be honest with you might flatter us and it's certainly not something we're thinking about", he said after his team had 22 points to spare over Dublin in a one-sided contest.

"We just came to get a performance out of ourselves but ultimately we came here to go through, no more, no less.
"Whether we struggled over by a point, or with a victory in the way we have seen out here today, it really wouldn't have mattered. What really was at stake here was to go forward into the last eight, and we've secured that and we're happy with that.
"We always say it, it's a cliché but we examine ourselves far more in defeat than in victory. In the first half we got a really good start and the next thing we looked up and Dublin had a goal and four points against us and it was a draw game, despite our good start.
"There are always things that we have got to improve on, and we will. This is the second day we have played in the qualifiers, we're alive to play the next day.
"These boys have been on the road quite a while, the core of that team are a very mature and ambitious group, as are the young fellows, and they wanted better performances than they have been giving in the last number of weeks, and I like the way it's building, so we'll just keep an eye on all of that".
When it was put to him that his team had run up an impressive tally of 6-26, he said "these guys are very potent, that's an unfortunate scoreline against Dublin, to be honest. It really doesn't matter, what we wanted to do was to get these guys into the groove again, get them playing hurling and get them a little bit more ruthless, and they certainly showed glimpses of that out there today".
Was he disappointed with his defence conceding 1-19?
"We'll have a look at that, it is 1-19, at various stages in that game I thought the intensity had slipped out of it from our perspective.
"We just need to have a real good look at that, it is a difficult one, when you get into what looks like a comfortable lead like that, (you ask) are we working as hard as we should.
There are certain areas to be looked at".
He said the identity of their opponents in the quarter-finals was "in the lap of the gods, we don't control any of that.We're very happy to be in that draw".
He went on to say they had no injuries that he was aware of yet.
"We took a few knocks, Donagh Maher picked up a shoulder injury just before half time but he seemed to get going again in the second half and he was fine.
"We called it out to the boys before we played today, it was going to take 20 (players) to get the job done here today, and those guys love the opportunity to play and thankfully we'll get another.
"That performance that we produced against Westmeath last Saturday would not have done here today and it wouldn't have done most other days.
However, once you're winning that's the really, really important thing".
He said that goalkeeper Darragh Mooney, who was selected to play but couldn't line out and was replaced by Darren Gleeson, suffered a back spasm during the week.
"He got up out of the bed to come here today but he had no chance of playing. We'll have to monitor the injury and see how it goes".