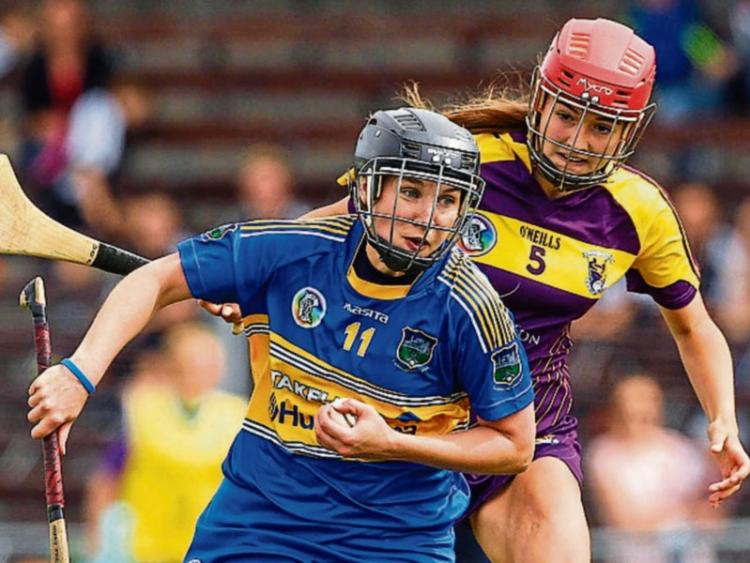 With every team apart from Cork having suffered at least one defeat, however, the two quarter-final spots available for finishing second and third remain up for grabs.

Offaly, Wexford, Limerick and Tipp are scrapping for their lives. The Premier County girls conclude their campaign with two away games against Wexford and Offaly, but if they can chisel out victories the likelihood is that they will advance to the last six.

They performed reasonably well before losing by nine points in their opener against Cork, but the two-point loss to Limerick a fortnight ago was a bitter blow.

This Saturday’s trip to Innovate Wexford Park (throw-in 3.45) will bring back memories of last year, when they led by eight points in the All-Ireland quarter-final, only to lose out to an injury-time point.

“It probably was our best game of the year and it was a pity to fall short by that one point. It’s been a few years since we got past that quarter-final stage. We turned around then and beat them in the League this year, which was a huge boost for us.”

The problem for manager Brian Boyle’s side is that they find it difficult to back up good performances. Their performances against Saturday’s opponents should be their standard.

“This is it. When you beat teams like that you’re saying ‘This is what we can do.’ It’s trying to get that consistency to do it game after game.”

Ryan has been a member of the Tipperary panel since 2005. She jokes that she must be a bad luck charm, as the squad was chasing a three-in-a-row that season and had won all five of the county’s All-Irelands in a golden period from 1999-2004.

There have been some tough days since but the 29-year-old Moneygall defender remains a key operator, earning comparison with former Kilkenny hurling great Tommy Walsh for her aerial ability, despite often being smaller than her opponent.

“There was that era in the early 2000s when we were strong. That’s a long time ago at this stage.

You wouldn’t really want to be thinking about it too much and driving yourself cracked over it but we’ve seen some underage success in Tipp from 2010 onwards and we’re always hoping we’ll build on that and step up, and that’s what we’re still aiming for.

“When you start you just want to play. We did hit a lull and at that time, it probably did get hard but there’s a great set-up the last couple of years, it’s very positive and everyone just wants to hurl.