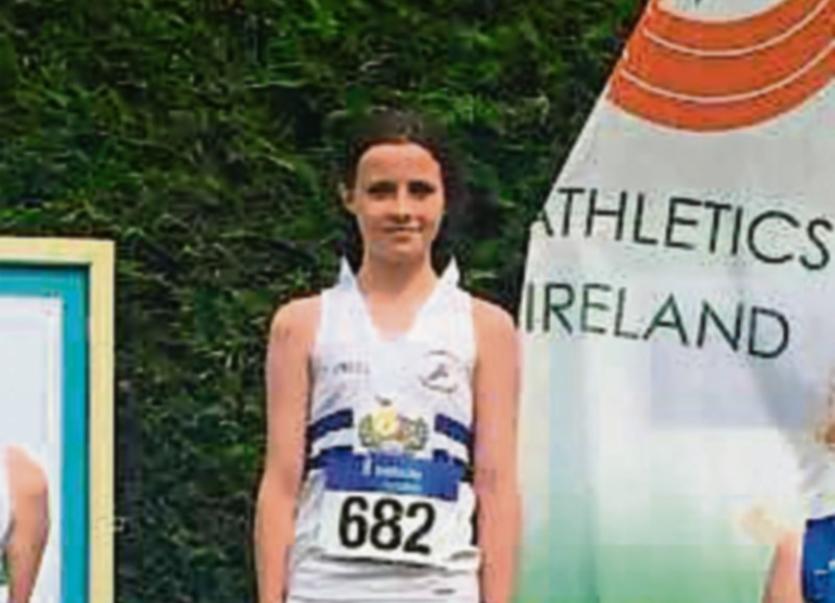 Clonmel AC's Grainne O'Connor won a silver medal in the Girls U-14 Walk at the National Juvenile Athletics Championships in Tullamore.

Clonmel Athletic Club had one athlete competing in the Girls Under 14 Walk at the National Juvenile Championships in Tullamore.

Grainne O'Connor was making her debut at the national championships but one would have been forgiven for thinking she was a regular.

Grainne took it all in her stride and set about her task with utter commitment from the start, careful not to overcook the pace in the initial stages.

She picked off the opposition one by one until she got herself into medal contention and here she remained to the end, despite a number of challenges from Maeve O'Connor, the reigning Munster champion.

Grainne was not for moving and stayed in third place to the line, crossing in a fantastic time of 11.43, almost a minute better than her Munster Championship performance three weeks earlier.

The day got better for Grainne when due to a disqualification she was elevated to second place, earning a silver medal in her first national championship - a just reward for a committed and enthusiastic athlete, and one to look out for in the future.

The Clonmel club also had Ava Fennessy competing in the girls under 16 800m final and she ran a very good race when finishing fifth in 2 mins 22.15 secs.

Colm McCarthy went in the second heat of the Boys under 16 800m and in a tactical race ran very well when finishing seventh in 2 mins 7.52 secs.