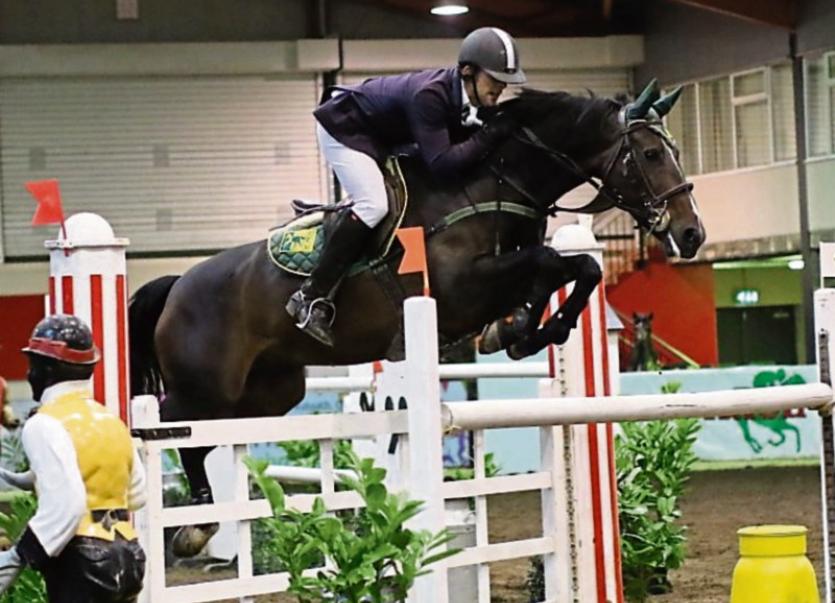 O’Meara took a decisive victory when coming home almost four seconds clear of his nearest rivals in an eight-horse decider, setting an unbeatable standard of a double clear round in a time of 40.84 seconds.

Saturday’s €4,000 class was O’Meara’s sixth victory to date in the league having claimed an equal number of wins aboard Mr. Coolcaum and Curraghgraigue Jack Take Flight. With eight legs remaining O’Meara sits comfortably on top of the leader board on 79 points with a wide gap between him and second placed Francis Connors (26 points).

By Jacomar, Curraghgraigue Jack Take Flight is out of an Errigal Flight dam and has been a consistent performer for O’Meara throughout his career. This season alone the nine-year-old gelding has placed in six legs of the National Grand Prix league, including the aforementioned wins as well as winning two rounds of the Spring Tour earlier in the year.

Greg Broderick secured fifth place on the day as the fastest four faulter with Cartouche V Overis Z across the line in 45.81 while Francis Connors completed the top six with Newmarket Clare also carrying four faults and logging a more sedate time of 52.15.

The league remains in the southern end of the country for another week with Bannow and Rathangan as the next round on the 13th July.