Tippeary's Denis Lynch among prizewinners ahead of Falsterbo Nations Cup 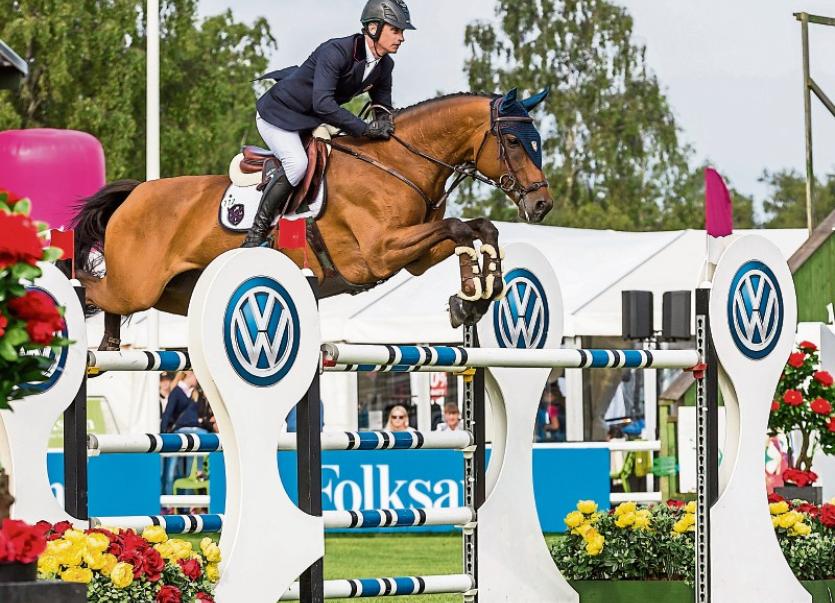 O’Connor guided the 12-year-old stallion Copain du Perchet (pictured above), owned by Philippe Membrez, to the winning clear round in 67.95 seconds. They had just over a second to spare over American runner-up Alison Robitaille with Serise du Bidou (69.15). Cork’s Shane Sweetnam and Indra van de Oude Heihoef took third place for Ireland, crossing the line in 75.77.

Tippeary’s Denis Lynch had earlier scored a runner-up finish in Friday’s opening 1m45 speed class. Lynch partnered RMF Zecilie to a clear round in 64.41 seconds. Dutch rider Jur Vrieling and Acascia scored their second win in 24 hours when crossing the line in 62.67.

Irish riders had already made their mark in Falsterbo on Thursday, with Wexford’s Bertram Allen leading an Irish one-two-three in the 1m50 speed class. Allen took the winners prize with Izzy By Picobello, ahead of Tipperary’s Thomas Ryan in second with Quite Zero, while Cork’s Shane Sweetnam also took third place for Ireland with Main Road.