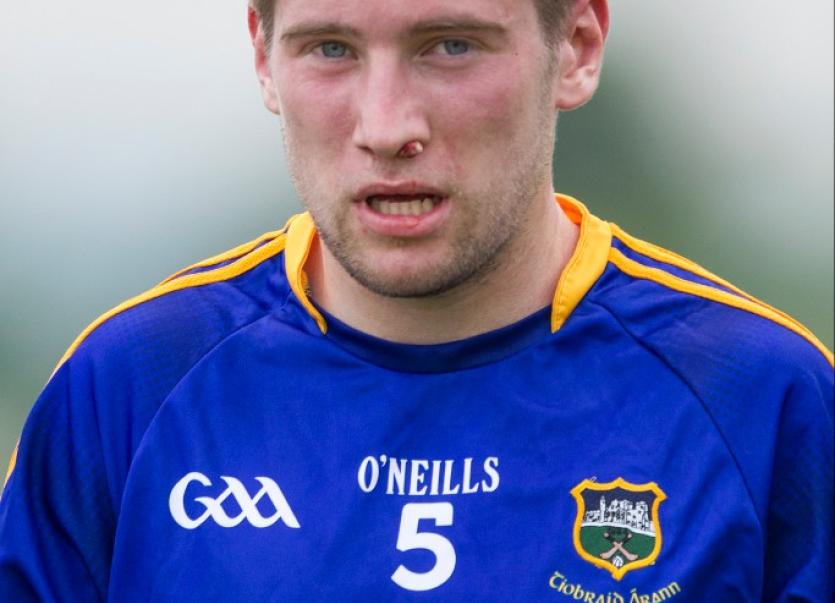 Bill Maher was one of Tipperary's best players when they suffered a narrow defeat by Armagh in the All-Ireland Senior Football Championship qualifier at Semple Stadium on Saturday evening.

The Roscommon official left the pitch with a Garda escort and a crescendo of boos ringing in his ears from the Tipp supporters, who felt that he had cost their team a place in the next round of the qualifiers.

Kearns insisted that his players didn't dive, which he claimed was the suggestion made by the referee.

"He was calling dives all over the pitch. I just could not understand that".

"Also, somebody would want to explain the advantage rule to him because he didn't seem to know it.

"He didn't cost us the game, Armagh deserved to win the match but I would be disappointed with his display", said Kearns.

Tipp fans in the attendance of 6,823 were incensed when the referee blew for a free in their team's favour as substitute Philip Austin raced towards goal midway through the eight minutes of additional time. At that stage they were a goal in arrears. The free was converted by Josh Keane, although Stephen Sheridan replied immediately with an Armagh point.

Despite intense pressure and a late point from Philip Austin, Tipp couldn't make up the deficit in the closing moments as they made their exit from the championship, with Armagh advancing to Round 4B of the qualifiers in a fortnight's time.

Tipp were ahead at the interval by 0-10 to 0-8. Armagh's Gavin McParland pointed within 14 seconds of the re-start, but when Michael Quinlivan found the net three minutes into the new half Tipp were four points clear.

Quinlivan was clearly hampered by the ankle injury that he sustained in the Munster Championship against Cork, but he produced a moment of magic to wallop a shot past Armagh goalie Blaine Hughes after a great move between Philip Austin, Robbie Kiely and Conor Sweeney.

However the goal turned the game in a way that wasn't expected. It should have been the springboard for Tipp to push on but it had the opposite effect.

The Orchard County were jolted into a response, as they took control of the exchanges. They scored four points without reply to level the scores and after Quinlivan's goal Tipp had to wait 20 minutes for their next score, which was supplied by Josh Keane's free.

With Tipp finding it difficult to win possession, Armagh went ahead for the first time through Jamie Clarke with nine minutes of normal time remaining. The home team didn't surrender without a struggle and Conor Sweeney's free hauled them level.

Armagh regained their advantage when Stefan Campbell pointed, with boos being voiced by the Tipp fans who felt that Liam Boland had a good shout for a free seconds earlier at the other end of the pitch. The same supporters, though, would do well to remember that Armagh had what appeared a perfectly good goal disallowed in the first half when Gavin McParland steered a low shot to the net.

The game was delicately balanced, with even extra time looking a possibility, until the last minute of normal time, when Jamie Clarke was put through on goal and sidestepped Tipp goalie Ciarán Kenrick before kicking the decisive score to the net.

Tipp looked capable of building on their great win over Cavan the previous week when Michael Quinlivan goaled. However they lost direction after that, as Armagh gained revenge for their defeat by the Premier County in the National League last April.

They ran out of steam in the second half against an Armagh side for whom midfielder Niall Grimley was outstanding, closely followed by Gavin McParland, Aidan Forker and Jamie Clarke.

Tipp's cause wasn't helped when they lost Jack Kennedy, who had been having a fine game, to a black card 12 minutes into the second half.

That they were only one score adrift at the finish said much for the spirited performances of Bill Maher, Liam Casey, Alan Campbell, Robbie Kiely, Brian Fox and Philip Austin, while goalie Ciarán Kenrick denied Andrew Murnin with a great save a minute after Quinlivan's goal.

Their season has ended in disappointment, but with the considerable consolation that when they re-group towards the end of the year they'll have Division Two football to look forward to, after their promotion last spring.