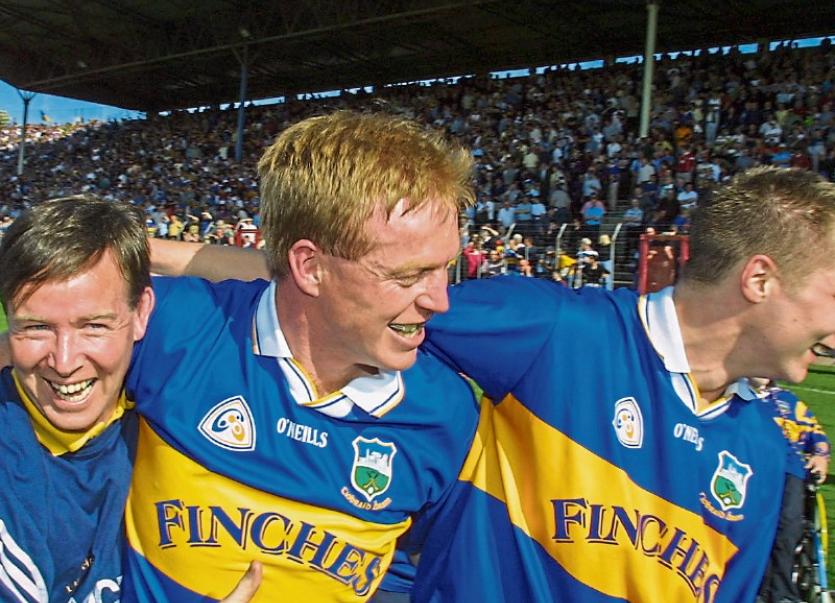 They've had some memorable jousts at the Leeside venue over the years.

So, in the absence of an appearance by the home county, it's appropriate that the All-Ireland Hurling Championship quarter-final between Tipperary and Clare should be the first major fixture to be played at the redeveloped Páirc Uí Chaoimh, which will be officially unveiled following its €80 million upgrade.

Saturday's game starts at 3pm and will be shown live on RTE.

The curtain-raiser at 1pm is the All-Ireland Minor Hurling Championship quarter-final between Clare and Galway.

A trip to Cork to watch the latest instalment of the rivalry between the counties will revive memories of that rip-roaring Munster championship clash at Páirc Uí Chaoimh in 1999, which ended all square before a Clare side that had won two All-Ireland titles in the previous four years, and which was near the peak of its powers, easily won the replay.

Tipp supporters will have fonder memories of their clash two years later, when the counties returned to the venue on a sunny day in early June.

Their team, managed by Nicky English, won by a point, 0-15 to 0-14, en route to claiming the Munster and All-Ireland championships.

At the time the rivalry between the counties was intense, and matches between them were high-octane  affairs.

Played in front of an attendance of 42,063, that 2001 Munster semi-final  was a particularly  tough, bruising encounter - "I certainly wouldn't have liked to have been a forward out there today," said the Tipp manager.

"Both teams just went for every ball, tooth and nail. It was nerve-wracking from the word go.

“From where I stood, just trying to decide whether to make a change or what to do in the context of a game like that was just unreal", he stated. "Every game between Tipp and Clare is a battle”, said Declan Ryan.

“ You don't expect an inch and you don't get one. But, remember, last year we beat Clare and we didn't win another game. It's eight years since we won a Munster title.

It was a day that produced many incidents that are still vivid in the memory 16 years later.

Declan Ryan, in his last season  in a blue and gold jersey, stood for the National Anthem with a protective arm around young guns Eoin Kelly and Lar Corbett.

It was a day when Tipp's Mark O'Leary came in for some close attention from Gerry Quinn before referee Dickie Murphy had even started the game.

Both players were booked, although Clare were fortunate not to have started the game a man short.

It was also a day when Eoin Kelly survived thundering, spine-rattling shoulders from Seanie McMahon and Ollie Baker in the space of a few seconds early in the game, and recovered to score seven points.

"You just have to take those knocks, get up and get on with it," Eoin Kelly would later explain.

"Clare were really up for it, we knew they would be. But so were we. We weren't going to back down for anyone."

It was a game in which John Leahy was sprung from the bench, only to depart shortly afterwards with a cruciate knee ligament injury, his season coming to a premature end.

It was a game described by Eamon Corcoran and Brian O'Meara as the toughest they had ever played in.

Similarly, Brendan Cummins said earlier this week that those games against Clare at the turn of the decade were the most exciting and tense he had ever played in.

And, more significantly, it was a day when Tipp beat Clare in the championship for the second successive year.

Nicky English recognised the scale of his side's achievement. "You must remember that some of the greatest players who ever played the game were playing on this Clare team.

“It might be a few years since they won the All-Ireland but, at the same time, they're very proud men and very good hurlers."

The win went some way towards repairing the damage of those defeats by The Banner in the 1999 championship and the Munster and All-Ireland Finals in 1997, as Tipp took a major step towards their first Munster title in eight years, and their first All-Ireland victory in ten years.

Saturday will bring the counties together for their first championship meeting at Pairc Ui Chaoimh since 2003, with a new chapter in their rivalry waiting to be written on this historic occasion.