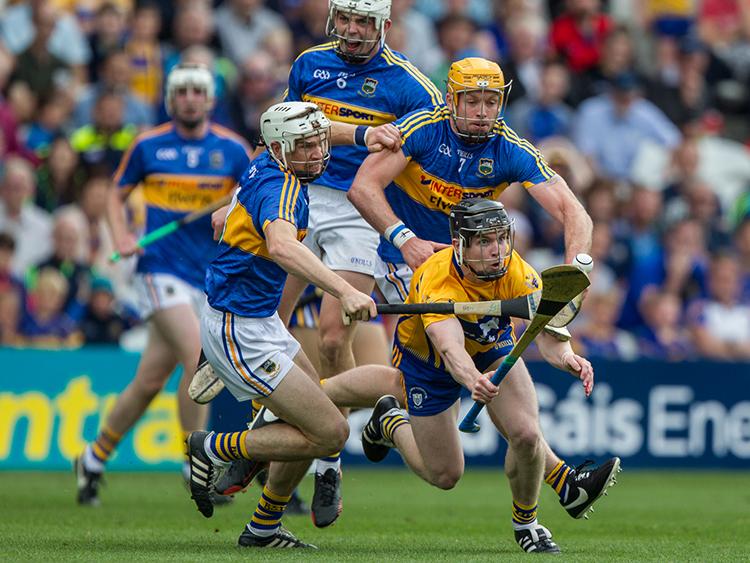 Following Monday's draw for the All-Ireland Senior Hurling Championship semi-finals the spectre of facing Galway at Croke Park, Dublin on Sunday, August 6th (4pm) looms on the horizon for Tipperary - the Tribesmen were recently crowned Leinster champions and are the 15/8 favourites to land Liam MacCarthy.

In the wake of the Premier County’s 0-28 to 3-16 All-Ireland Senior Hurling Championship quarter-final victory over Clare at Páirc Uí Chaoimh a semi-final draw was required since both Waterford and Tipperary had already faced Cork. And, that draw took place on RTÉ Radio One on Monday pitting the Premier County against the Tribesmen in the last four for the third consecutive year - the Tipperary-Galway semi-final will be preceded by the All-Ireland Minor Hurling Championship semi-final between Galway and Kilkenny (2pm) while Munster champions Cork are scheduled to play Waterford on Sunday, August 13th.

Based on Galway's scintillating championship form and their sixteen-point win (3-21 to 0-14) over Tipperary in the Allianz National Hurling League final the Tribesmen, led by manager Micheál Donoghue (and conditioned by former Tipperary coach Lukasz Kirszenstein), will, rightfully, enter the forthcoming semi-final clash as favourites, but Tipperary must take confidence from their battling win over the Banner on Saturday. Indeed, a similarly fierce tackle rate will give the Premier County a fighting chance against the Tribesmen.

Galway beat Dublin (2-28 to 1-17), Offaly (0-33 to 1-11) and Wexford (0-29 to 1-17) during a successful Leinster championship campaign, but Tipperary's recent performances against Galway will trouble supporters of the blue and gold.

Tipperary lost the 2015 All-Ireland semi-final to the Tribesmen (3-16 to 0-26), but avenged that defeat in 2016 when seeing off Galway in the last four (2-19 to 2-18). The sides last encountered one another in the 2017 league final when Galway beat Tipperary in resounding fashion.

A key facet worth noting from all three of those encounters is that Galway out-worked Tipperary in each game. Galway, of course, will also be nourished by the experience of last year’s All-Ireland semi-final which Micheál Donoghue has every reason to believe was his side’s for the taking. Indeed, only for injuries to Joe Canning and Adrian Tuohy, Pádraic Maher’s timely hook, a moment of magic from John O’Dwyer and a key tactical switch, which saw John McGrath moved to full-forward, Tipperary could well have missed out on last September’s All-Ireland title.

Tipperary's performance against Galway in the league final was worse than poor, but it appears that the mood music around the squad is much healthier now.

Following the win over Clare on Saturday manager Michael Ryan described the win as “anything bar comfortable”, but the Upperchurch-Drombane man also revealed how proud he was of his players.

“We are arriving at the right tempo for the All-Ireland series,” Michael Ryan explained.

Clare asked Tipperary a set of significant questions, but Michael Ryan's men answered them in real style - in the first half Tipp shipped two distressing three-pointers in succession to Aaron Cunningham, but recovered to lead by five at the break. Tipperary then led by seven in the 55th minute (0-23 to 2-10) and although Clare hit six points without reply to close the gap to one with time fast running out Tipperary responded to the challenge once more to seal the win. And, in the aftermath of the contest the players made some encouraging noises - John McGrath, for example, said that Tipperary were not prepared “to lie down”.

“We have taken a lot of blows this year already and we were not going to take another one,” John McGrath told RTÉ’s Darragh Maloney.

And, Tipperary backed up such a sentiment on the field of play. During the 2016 season Tipperary established a significant hard-working identity for themselves when winning the turnover-in-the-tackle battle in every single competitive game that the team played. The side, however, lost their way somewhat this year - in the league final against Galway and Munster quarter-final against Cork Michael Ryan’s Tipperary team were walloped in terms of raw work rate. And, Tipperary duly paid the price.

On Saturday, however, Tipperary were back in the groove. The Premier men won the turnover-in-the-tackle battle 25-18 and added a further 54 tackles, three hooks and nine blocks bringing the team's combined hook-block-tackle count to a very credible 91 (Clare 65) - against Cork, for instance, Tipperary lost the turnover-in-the-tackle battle 18-21 and the hook-block-tackle count 66-77. In the contest with the Rebels Tipperary allowed Kieran Kingston’s men to enjoy almost four possessions on average before Tipperary got in a tackle. Against Clare, however, that figure was down to almost two.

Saturday’s performance was not perfect, but none of the issues associated with the display were down to a poor attitude. Indeed, a massive attitude adjustment appears to have taken place among the Tipperary players and if those same players can bring a similar level of intensity to the contest with Galway then Michael Ryan’s men have a real chance of causing an upset.