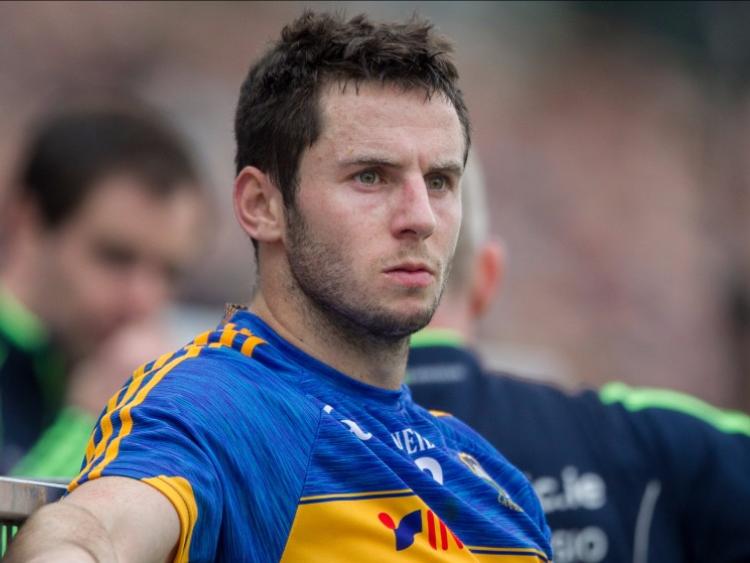 Manager Michael Ryan has ruled out the possibility of Cathal Barrett (above) returning to the Tipperary hurling panel this season.

The team's defensive problems in the All-Ireland quarter-final against Clare last weekend led to a chorus of calls, both within and outside the county, for the return of prodigal son Barrett to the fold.

The Holycross defender injured his knee in the defeat by Cork in the Munster Championship in May, which was followed by the shock announcement that he had been dropped from the panel for disciplinary reasons.

However when the possibility of Barrett returning ahead of next Sunday week's All-Ireland semi-final against Galway was put to him, Michael Ryan stated this evening, Thursday, "there's been a lot of speculation in the media over the last 24 to 48 hours, and what's being reported is actually accurate.

"Our panel for 2017 is formed. There will be no more changes to our panel in 2017. So that's it. That is the last I am going to say on that", the Tipp boss said when he spoke at the Anner Hotel in Thurles at the press evening ahead of the All-Ireland semi-final.

All Star corner back Barrett returned to action with his club Holycross/Ballycahill last weekend in the Cahill Cup senior hurling final, a match in which Holycross were beaten by Drom/Inch by a point.

The remainder of his hurling year will be confined to appearances for his club, and he will be a spectator when Tipp and Galway meet in the All-Ireland semi-final for the third year in-a-row.