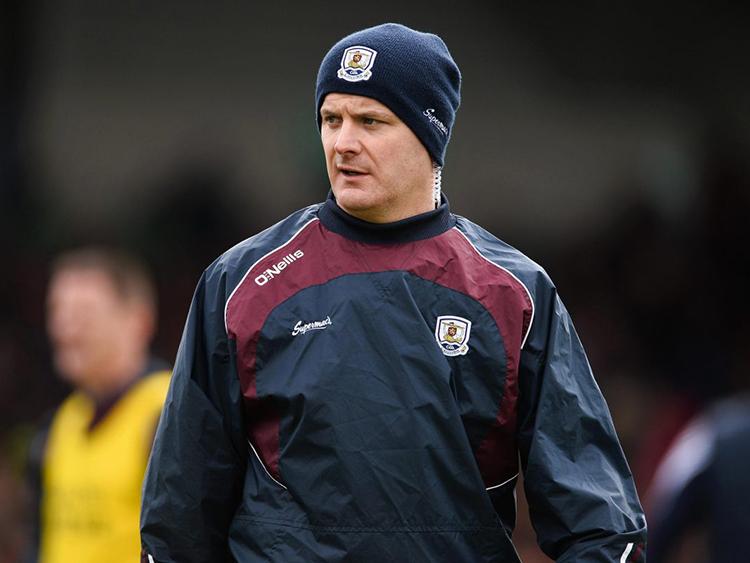 The circumstances associated with Micheál Donoghue’s appointment as Galway senior hurling manager illustrates the substance of the man. On November 16th 2015 his predecessor, Anthony Cunningham, stepped down after the playing panel voted to oust him. Given the player revolt the role was not all that attractive, but Donoghue still sought out the position. Nobody would have taken the Galway job for any, but emotional reasons. Micheál Donoghue looked to be appointed head gardener on an iceberg because he believed he could help. And, the Clarinbridge man has made a significant impact: Galway are not favourites to land the Liam MacCarthy Cup by accident.

Indeed, as a man Micheál Donoghue has also impressed the Premier camp. In 2013 Eamon O’Shea recruited Donoghue to help out with his analysis team before Micheál progressed to a do a little coaching with the Tipperary team in 2014 and 2015. Current Tipperary manager Michael Ryan worked as a selector under O’Shea and alongside Micheál Donoghue. And, Micheál made a big impression.

“Micheál Donoghue was down here for two years. We worked really well together while he was here and I would have known him as a player - he was younger than me, but he was a really, really good player before his back gave him trouble. Of courses there's a steely side to him. You couldn't possibly do the job he has been asked to do without it. He went in in very difficult circumstances after Anthony Cunningham. You certainly wouldn't write the script that he inherited. So, to suggest that he's a steely character I would say is an understatement. He's exactly that I would say - steely to the core,” Michael Ryan told the assembled press at the Anner Hotel, Thurles last week.

“He has done a great job and they are a formidable side, they really are. Their run through Leinster was very impressive - I am not sure if they have had to express themselves fully which is unusual. You would think if they met Kilkenny they might have had a sterner test. It's a barometer that we have been using down through the years - once you pit yourself against Kilkenny you know you are at a certain level. We have had a very chastening experience of them (Galway) ourselves in 2017. So, as far as I am concerned they are a top team,” the Upperchurch-Drombane added.

Pádraic Maher also featured at the press event in Thurles and the Tipperary captain was just as complimentary about the Clarinbridge man.

“He was very enjoyable to work with. He’s just one of those coaches that loves training, loves coaching teams and loves talking about hurling. I thoroughly enjoyed working with him and he was always going to be an addition to Galway. He’s a very determined man in his own right. You can see that in the way they have gone about their business this year.”

In person Micheál Donoghue strikes you as a man who has never taken a stupid breath. Indeed, Donoghue has carefully and deliberately developed himself as an inter-county manager of real note.

As a player Micheál Donoghue won minor and under-21 All-Ireland titles in 1992 and 1993 before operating at wing-back for the Tribesmen in 1996 before his inter-county career was checked by a back injury at the age of just twenty-one. Donoghue, however, still managed to captain and inspire Clarinbridge to an All-Ireland club final from centre-back in 2001 (under manager John McIntyre Clarinbridge lost out to Birr in the decider).

As a coach Donoghue worked in an assortment of roles with Turloughmore and the Galway minor and under-21 teams before applying for the Clarinbridge job - Micheál steered his club to county (2010) and, ultimately, All-Ireland glory in 2011 when beating hot favourites O'Loughlin Gaels (Kilkenny) 2-18 to 0-12 in the final.

Along the way Donoghue befriended NUIG Professor of Economics Eamon O'Shea and often sought out his counsel. O’Shea was suitable impressed and appointed Micheál to his Tipperary back room team in time for the 2014 championship campaign.

O’Shea stepped away from Tipperary in 2015 and having served his apprenticeship Micheál Donoghue applied for the Galway job later that year. And, although Galway were subsequently relegated to division 1B of the Allianz National Hurling League Donoghue re-grouped and pushed Tipperary to the absolute limit in the 2016 All-Ireland Senior Hurling Championship semi-final at Croke Park.

Although Iarla Tannian and David Collins have moved on Micheál Donoghue has pieced together a side which is far superior in terms of performance to the outfit which lost the 2015 All-Ireland final to Kilkenny (1-18 to 1-22). And, with Donoghue orchestrating proceedings from the sideline Tipperary will have to have their wits about them to out-smart this Clarinbridge man.

Indeed, Donoghue snapped up Lukasz Kirszenstein in time for the 2017 season - the Polish strength and conditioning coach worked with Tipperary from 2012 to 2016 and has been widely credited with the much-improved physique of the Premier players, the team’s collective stamina, the improvement in the player’s agility and their searing speed off the mark. 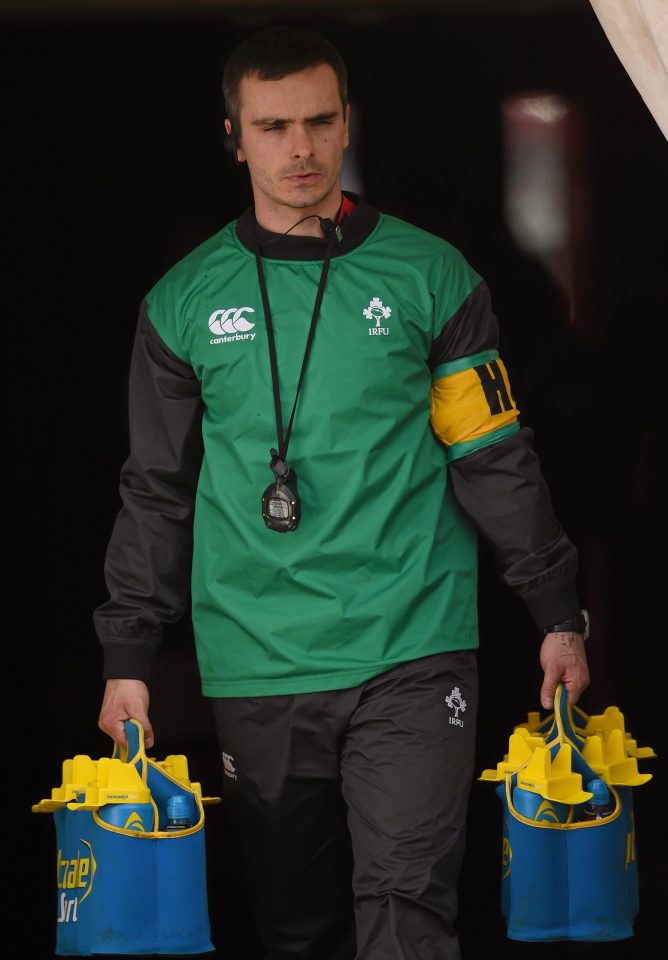 Galway manager Micheál Donoghue snapped up Lukasz Kirszenstein in time for the 2017 season - the Polish strength and conditioning coach worked with Tipperary from 2012 to 2016 and has been widely credited with the much-improved physique of the Tipperary players, the improvement in their individual agility and speed off the mark.

Eamon O’Shea appointed Lukasz Kirszenstein to the Tipperary back room team in 2012 and Kirszenstein was regularly name-checked by the Tipperary players for the contribution that he made the cause. Indeed, prior to the 2016 All-Ireland final Pádraic Maher credited the Polish strength and conditioning coach for his improved explosiveness and mobility.

“Lukacz would have a lot of experience having dealt with us over the past four or five years before he went to Galway. In the first year or two with us he was trying to get to know the game a bit more and what would work for us in the gym towards our hurling,” Pádraic Maher explained at a press event in the Anner Hotel, Thurles last week.

“He was coming from a rugby background and was able to inter-link the gym (work) with the type of drills that we need for hurling. He is going to be a massive addition to them and he was great for us as well. He is gone and we have Ciarán (Keogh) in now. And, from what I can see a lot of these strength and conditioning guys they all do the same type of thing anyway. I don’t think it is going to have any bearing on what way the match will go on Sunday,” the Tipperary captain said.

In the replayed 2014 All-Ireland final Tipperary appeared to struggle with the physicality of Kilkenny, but by the time 2016 rolled around the Premier County players presented an altogether different physical challenge - right from the start Kirszenstein warned the Tipperary players that it could take two years of strength and conditioning work before the panel would enjoy a significant dividend.

Following Lukasz Kirszenstein’s departure Michael Ryan appointed the highly-qualified, experienced and skilled Ciarán Keogh in his place. A graduate of Setanta College Keogh is a lecturer at LIT Tipperary and presviously worked with the Thurles Sarsfields senior hurling team.

Gary Ryan is, of course, the physical trainer with the Tipperary senior hurling team and exacts a significant influence on the preparation of the players. Although Ryan previously worked in NUI Galway as an elite sports development officer Gary is now based at the University of Limerick.

Ryan competed at the 1996 and 2000 Olympic Games while he won the Irish national 100-metre title five times and the 200-metre crown on four occasions. Gary Ryan also claimed the Irish 200-metre indoor title seven times and won fourteen sprint titles at the Irish Universities Athletics Association Championships. Internationally, his finest achievement was recorded at the 2004 world indoor championships when Ryan won a bronze medal as a member of the Irish four-by-four hundred-metre relay team. Gary also ran his personal best for the one hundred metres in 2004 at the age of thirty-three: 10.35 seconds. During his career Gary Ryan rubbed shoulders with Frankie Fredericks, Linford Christie and Michael Johnson on the international circuit.

As a coach Ryan made a significant impact on the career of athletes like Paul Hession and Derval O'Rourke.

Ryan, a cousin of 1991 All-Ireland winning captain Declan Carr, previously worked in Anthony Daly’s back room team with Clare in 2006 before he got involved with Thurles Sarsfields. When working alongside the Blues Gary Ryan helped Lar Corbett to get on top of the hamstring complaint which bedeviled the inter-county star’s career throughout the 2000s.