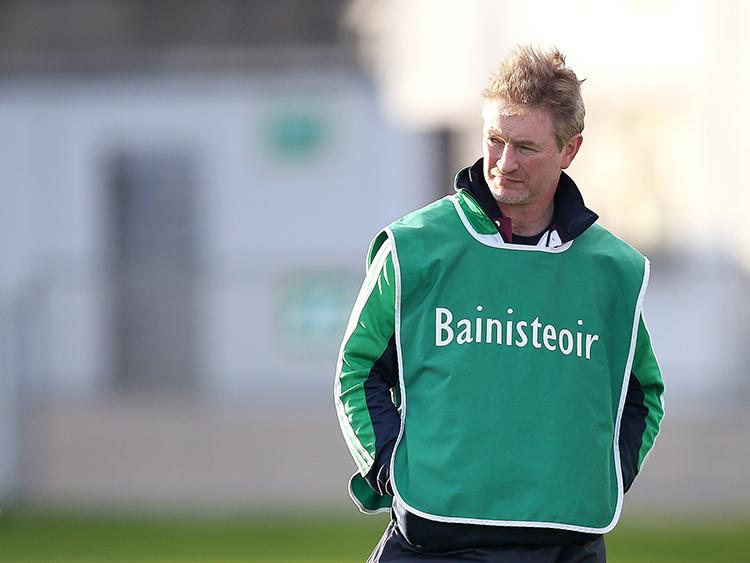 In 2016 Borris-Ileigh represented also-rans, but in 2017 the Borris-Ileigh men have progressed to final of the county senior hurling league, won the North Tipperary Senior Hurling Championship for the first time in ten years and have also qualified for the County Senior Hurling Championship final for the first time in twenty-nine years. So, what or who has made the difference and transformed the men draped in maroon and white into county title contenders? Meet Johnny Kelly.

This season the Borris-Ileigh management team has featured selectors Philip Kenny, John McGrath and Philip Maher, physio Declan Maher and strength and conditioning coach Angelo Walsh, but the key factor in the transformation of Borris-Ileigh this year is down to the influence of manager Johnny Kelly - where ever the Portumna native goes he succeeds.

With Portumna Johnny Kelly was a member of Jimmy Heverin's management team which delivered Galway county titles in 2005 and 2007 along with All-Ireland club titles in 2006 and 2008.

Kelly succeeded Heverin as manager and duly delivered the 2008 and 2009 county titles and, of course, the 2009 All-Ireland club title when Portumna beat De La Salle (Waterford) by nineteen points in an extraordinary display. Kelly then steered Portumna to the 2010 All-Ireland club final, but the Galway champions lost out to Ballyhale Shamrocks (Kilkenny) in a thriller.

Kelly worked as coach with Kiladangan under manager Séamus Gleeson in 2013-14 helping the North Tipperary club to win the Frank McGrath Cup in 2013 before the side progressed to the county semi-final which Kiladangan lost narrowly after a replay.

Johnny was appointed manager of Coolderry in Offaly in time for the 2015 season and duly delivered the county title - Kelly's heroes beat St Rynagh's in the decider.

Kelly was a busy man in 2015 - his three-year term as coach to the Galway intermediate and under-21 squads came to a conclusion when the Tribesmen won the All-Ireland intermediate crown. In 2015 Kelly also coached Abbeyknockmoy to the intermediate title before the Galway club lost out to Bennettsbridge (Kilkenny) in the All-Ireland final. Indeed, Johnny Kelly was also a candidate to replace Anthony Cunningham as Galway senior hurling manager, but withdrew from the race to do so in December 2015.

Kelly managed Coolderry once more in 2016 before being appointed manager of the Roscommon senior hurling team and Borris-Ileigh in time for the 2017 season.

Johnny Kelly has won county titles in Galway and Offaly and the question is now: can he deliver another one in Tipperary? Well, Johnny's coaching acumen and track record would suggest that Kelly is certainly capable of doing so.

Johnny Kelly, a hands-on manager who likes to take responsibility for the coaching of his teams, sets high standards for his players and asks his panel to buy into his methodology while another key factor to Kelly’s approach is that he works hard to make sure his players enjoy their hurling.

To his credit Kelly's mind is open to new ideas in terms of hurling style, Johnny is a capable man manager, sharp in terms of the in-game management of tactics and is cognisant of the impact that a proper strength and conditioning programme can have on a panel of club players.

All-in-all Johnny Kelly is an extraordinary all-rounder with a terrific way about him - Kelly builds relationships with players; he does not destroy them. But perhaps Johnny Kelly's greatest strength can be found in his experience as a player with Portumna.

Portumna GAA club was actually disbanded for a time during the late 1960s and early 1970s. The club was reformed, however, and some of the building blocks for the club’s remarkable recent success were laid with a junior title in 1982.

In 1986 Michael Ryan was secretary of Portumna and called a meeting to decide whether the club should re-grade to junior when they failed to pull together fifteen players in order to contest an intermediate match - Portumna went on to win four All-Ireland club titles based on the energy generated by that meeting.

The major breakthrough came for Portumna in 1992 when the club were promoted to the senior grade when winning the county intermediate title. Then in 2003 Portumna finally won the Galway senior hurling championship for the first time. Portumna landed five more senior titles during the ensuing decade while four of those were also converted into All-Ireland titles in 2006, 2008, 2009 and 2014.

The key to building a successful club team is resourcefulness as opposed to playing resources. And, Kelly has carried that spirit of Portumna resourcefulness into his coaching career. Indeed, Kelly elevates common sense to the point of genius.

If you look at how Portumna, Kiladangan and Coolderry played and how Borris-Ileigh now play under Johnny Kelly you will find a bunch of club teams who do not resemble one another. Johnny Kelly is not dogmatic. He looks at his playing personnel, designs a style of play to suit those players and then works tirelessly to get the most out of the men at his disposal. It is a simple, yet devastatingly powerful approach. Indeed, many clubs and coaches could learn from the example set.