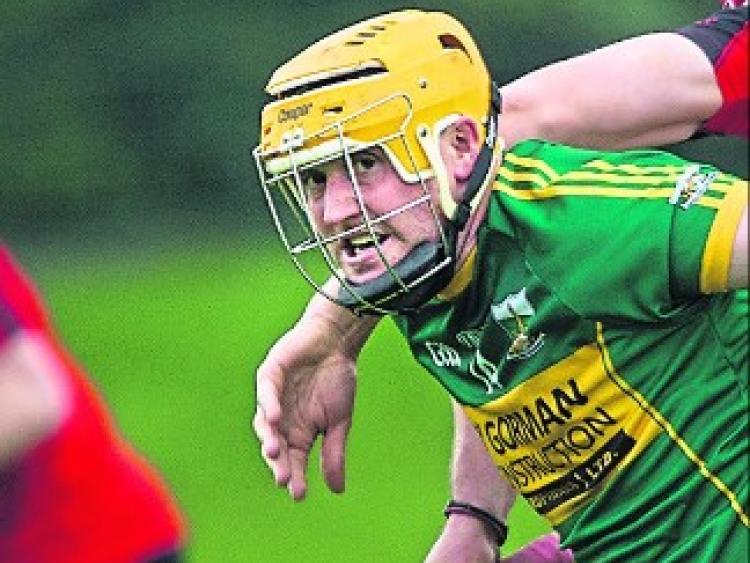 Ballybacon/Grange's bid to become only the second Tipperary club to win the Munster Club Junior Hurling Championship came unstuck in an ill-tempered final at Mallow, when they were beaten by Ardmore.
Four players were sent off by Cork referee Nathan Wall in the course of a feisty encounter - Ardmore's Wayne Hennessy, goalkeeper Jack Walsh and star man Seamus Prendergast all saw red while Ballybacon's Eoin Walsh followed them to the sideline two minutes from the end.
It may be early December but there wasn't much Christmas spirit in evidence between the teams.
Ardmore led by 1-7 to 0-6 at half time but by then they had already been reduced to thirteen players. Wayne Hennessy was sent off for a challenge on Michael O'Sullivan in the 23rd minute and then goalkeeper Jack Walsh was dismissed on the stroke of half time when he struck Declan Walsh after the Ballybacon man had breathed new life into his team's challenge when he scrambled the ball over the line for their opening goal.
However Ardmore, the odds-on favourites, made light of their numerical disadvantage in an explosive four minutes spell early in the second half.
Ballybacon's Brendan Cummins, their top scorer for the second match running, had levelled the scores from a '65 before their challenge disintegrated between the 38th and 42nd minutes, as Ardmore hit a purple patch when they struck 2-2 without reply.
Seamus Prendergast started that devastating scoring burst when he struck a shot to the net through a forest of legs, and within a minute David Gartland buried their third goal to send them six points clear.
They followed up with points from Seamus Prendergast and James Flavin and suddenly Ballybacon found themselves 8 points adrift, after 13-man Ardmore had taken complete control.
Even when Seamus Prendergast became the third Ardmore player to be sent off, when he received a second yellow card four minutes from the end of normal time, their superiority was never threatened.
Ballybacon, to their credit, refused to throw in the towel and Brendan Cummins found a way past the seven Ardmore players on the line when his 21 metre free gave them a consolation goal in injury time.
Ardmore looked the sharper team from the start and they led by 1-5 to 0-2 after 12 minutes.The goal came in the fourth minute when Brendan Cummins produced a good save from James Flavin's shot but Seamus Prendergast made no mistake from the rebound.
Six points behind, Ballybacon hung onto Ardmore's coat tails with the same determination that had taken them to this stage. Three converted frees from Aaron Lonergan and a point from play from Daniel O'Regan edged them closer and when Billy Hewitt popped a pass to Declan Walsh, who found the net from close range, there was only a point between them at the break.
It seemed nicely set up for Ballybacon and they had every chance, with two extra players, to go all the way to a historic victory on this their debut appearance in the Munster championship. However they badly lost their way on the turnover.
From that great position Ballybacon will be disappointed that they failed to push on and become the first Tipperary club since Moyle Rovers in 2007 to win this particular championship, and only the second Tipperary side to do so since its inception in 2003.
However a first adult county title, won when they defeated Toomevara in last month's Junior final, means that it will be a winter of content for the county champions, as they look forward to a return to the Intermediate ranks next season.
As well as his important scoring contribution, Brendan Cummins was steady between the posts and he had no chance with any of the Ardmore goals. In front of him Colin O'Gorman and captain Craig Carrigan gave their all in defence, while Michael O'Sullivan and Brian Dillon soldiered tirelessly at midfield.
Daniel O'Regan, Billy Hewitt and Declan Walsh had their moments in attack but without a doubt the better team won.
Seamus Prendergast, who struck 2-5, was outstanding for Ardmore and he had willing accomplices in his fellow fleet-forward forwards David Gartland and James Flavin.
Kenny Murphy was a real powerhouse at centrefield while Seamus Keating and Declan Prendergast were solid in defence.
Ballybacon/Grange - Brendan Cummins (1-2, 1-1 free and 0-1 '65), Philip Walsh, Eoin Walsh, Craig Carrigan (captain), Michael Barlow, Colin O'Gorman, Sean Nagle, Michael O'Sullivan, Brian Dillon, Daniel O'Regan (0-3), Billy Hewitt, Gerry Cronin, Aidan Savage, Declan Walsh (1-0) and Aaron Lonergan (0-3 frees).
Substitutes - Stephen Lambert for Philip Walsh (15 minutes), Gavin Whelan for Gerry Cronin (half time), Johnny English for Aidan Savage (50 minutes), Colm O'Shaughnessy for Craig Carrigan (55 minutes) and James O'Mahoney for Michael O'Sullivan (59 minutes).
Ardmore - Jack Walsh, Niall Hennessy, Declan Prendergast (captain), Daniel Power, Gavin Williams, Seamus Keating, Richie Hennessy, Kenny Murphy, Wayne Hennessy, James Flavin (0-2), David Gartland (1-1), John Gartland, James Kennedy (0-2), Seamus Prendergast (2-5, 0-2 frees) and Kieran Conway.
Substitutes - Eoghan O'Shea (0-1) for James Kennedy (half-time), James O'Donnell for Kieran Conway (half time), Eoin Conway for John Gartland 60 minutes).
Referee - Nathan Wall (Cork).