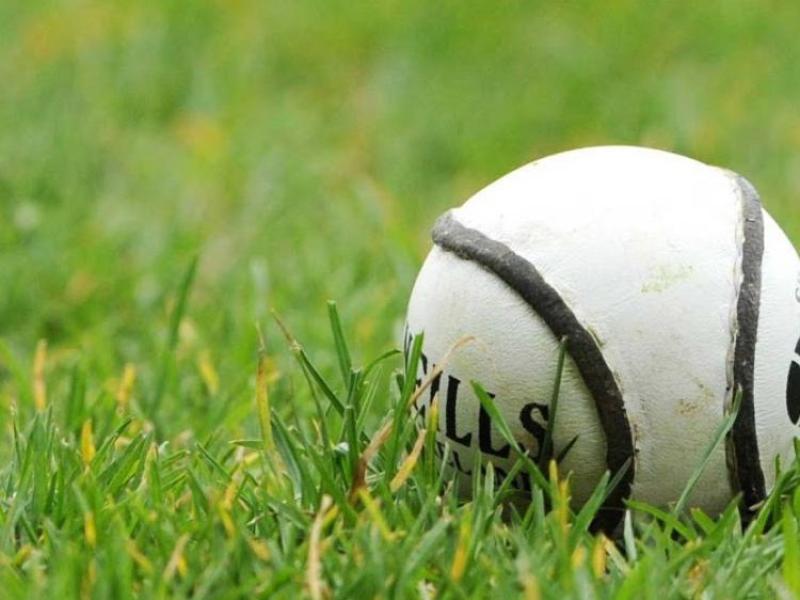 Thurles CBS knocked Nenagh CBS out of the Dr Harty Cup at Templemore on Wednesday afternoon. Thurles CBS got off to a lightning fast start and led by nine points (2-6 to 1-0) after a frantic opening quarter. Nenagh CBS reeled their opponents in to a significant degree and although the North Tipperary outfit only lost by two points in the end the defeat was substantial enough to knock them out of the competition on scoring difference.

Gaelcholáiste Mhuire Thuaigh, Cork beat Scoil na Tríonóide Naofa, Doon handsomely at Fermoy (3-13 to 0-10) meaning that although all three sides completed the group stage of the competition on four points each (two wins apiece) Thurles CBS topped group D thanks to a +23 scoring difference and Gaelcholáiste Mhuire Thuaigh were second on +12 while Nenagh CBS finished third on +4.

Thurles CBS join Our Lady’s Templemore in the last eight of the competition - the quarter-finals are scheduled to take place on January 10th and the draw will be made on December 13th (group winners to play group runners-up with no repeat pairings). Therefore group winners Árdscoil Rís (Limerick), Our Lady’s Templemore, St Colman’s (Fermoy) and Thurles CBS will be drawn against group runners-up John The Baptist Community School (Hospital), Midleton CBS, Christian Brothers College (Cork) and Gaelcholáiste Mhuire Thuaigh (Cork).

Bryan O’Mara, Aaron Ryan, Keith Ryan, Max Hackett, Barry McGrath and Conor Bowe were outstanding for a hard-working and well-coached Thurles CBS team which operated with a two-man inside line for the duration of this contest to significant effect. Thurles CBS’ work rate and use of the ball was markedly superior to that of Nenagh’s and they deservedly progress to the knock-out stage of the competition.

You can sure, however, that the conclusion to the season for this Nenagh CBS team will be tinged with regret. Although most obviously talented Nenagh CBS started slowly and did not work hard enough in the opening half of this contest - despite having played with the wind Nenagh CBS trailed by seven points at the break. Nenagh certainly roused themselves in the second half, but a timid display, especially in the opening quarter, cost them dearly.

The Nenagh CBS back six were under incredible pressure during the opening quarter of this contest. Despite playing against the wind Thurles CBS worked the ball neatly up the field against a Nenagh CBS front eight who simply did not work hard enough. And, Thurles CBS struck for their opening goal in the second minute when Max Hackett fired home.

Michael Nally batted a second Thurles CBS goal chance wide in the fifth minute before Nenagh CBS hit back with an individual moment of brilliance from Kevin McCarthy - the up-and-coming Toomevara star scored a goal of real quality in the sixth minute to tie the game.

That strike, however, failed to rouse Nenagh CBS and Thurles CBS proceeded to hit 1-6 without reply into the wind. Aaron Ryan timed his supporting runs beautifully and cracked over three points during this period while Devon Ryan converted three frees. And, Thurles CBS’ second goal materialised in the 12th minute when Nenagh ‘keeper Conor Grace did well to save from Conor Bowe, but Gearóid Troy was on hand to bury the rebound - by the 16th minute Thurles CBS led 2-6 to 1-0.

Nenagh CBS responded through Bryan McLoughney and Kevin McCarthy (free), but Thurles CBS re-established their nine-point advantage thanks to efforts from Conor Bowe and Max Hackett.

Nenagh CBS managed to out-score their opponents 0-3 to 0-1 during the closing minutes of the opening half thanks to points from Kevin McCarthy (free), Bryan McLoughney and Eoin Power, but the circumstances associated with a Keith Ryan effort in the 30th minute were extraordinary. Thurles CBS centre-back Bryan O’Mara was permitted to tap a placed ball to the Upperchurch-Drombane man in the middle of the field. Ryan then carried the ball past two opponents before firing the ball over the bar from just outside the Nenagh 45-yard line without being tackled. At the break Thurles CBS led 2-9 to 1-5.

Nenagh CBS made a very encouraging start to the second half when points from Kevin McCarthy (two frees) and Conor Bourke reduced the Thurles CBS advantage to four points (1-8 to 2-9) by the 37th minute.

Thurles CBS, however, hit back with three of their own which arrived courtesy of Gearóid Troy, Aaron Ryan and Devon Ryan (free). Thurles CBS now led by seven with seventeen minutes to play, but Nenagh CBS were working much harder now, especially up front, and we had a match on our hands (2-12 to 1-8). Indeed, Thurles CBS would only be permitted to score one more point during the remainder of this contest.

Ben Cooney reduced the Thurles lead to six before Nenagh ‘keeper Conor Grace did well to block a Michael Nally effort in the 46th minute; two minutes later Darren Flood brought the scoring to a conclusion from a Thurles CBS point of view.

There was still time, however, for Kevin McCarthy to convert two frees and then, right on the hour mark, Stephen Kirwan gathered the ball and took on the Thurles CBs defence before setting up Bryan McLoughney for a goal. Four minutes of injury time were signalled, but Nenagh CBS could not engineer the scores required to rescue the situation.