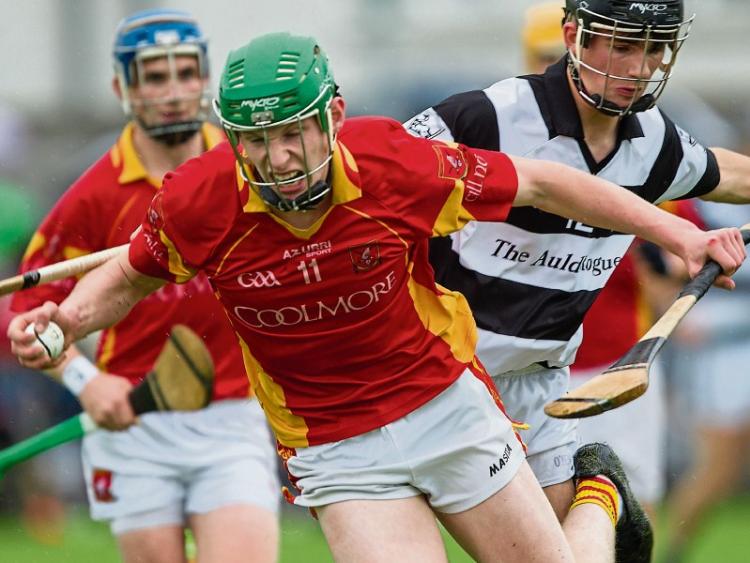 Above - Killenaule's Paidi Feehan (left) and Carrick Swans' Billy Murphy in action in last year's South Tipp Senior Hurling Championship Final. The teams will meet in the first round of this year's championship.

The 2017 finalists in both Senior Hurling and Football have being pitted against each other in the opening rounds of this year’s South Championship.

A return to knockout competition in Senior Hurling for the first time in well over a decade sees Killenaule lock horns once again with champions Carrick Swans, with newly-promoted St. Mary's awaiting the winners in the last four.

The second semi-final is a pairing of neighbours and great rivals Ballingarry and Mullinahone, and with the entire championship condensed into the designated April club window, a high-octane start to the GAA season is expected.

The tie of the round in Senior Football is undoubtedly Commercials against Moyle Rovers, who still have the small matter of last year's final replay to decide.

Cahir will face off against Killenaule, and Ardfinnan do battle against Ballyporeen in the other games, with 2015 champions Kilsheelan-Kilcash receiving a first-round bye.

Formats were agreed, and draws subsequently  conducted in 16 competitions in both codes, at last Friday evening’s South Board Adjourned AGM in the South Tipperary GAA Centre.