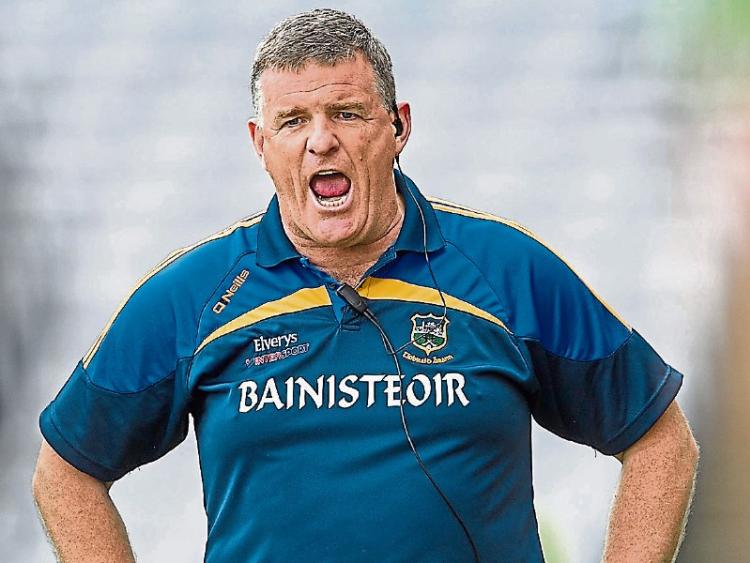 Manager Liam Kearns who guided Tipp to a rare win over Cork in the National Football League Division 2 at Páirc Uí Chaoimh on Saturday night.

Following Saturday night’s wonderful win over Cork in the National Football League Divison 2 game at Páirc Uí Chaoimh, Liam Kearns wasn’t getting carried away with the very rare win over ‘The Rebels,’ quickly switching the focus on to next weekend’s crucial game against “his favourites” Roscommon and a tough league game ahead.

On the importance of making a good start to the league...

“We have targeted the first three matches actually because we got a very serious game next Sunday against Roscommon, they are the Connacht champions I would think they are the favourites for the National League in my view anyway. Cork were favourites to all coming in here today. We were told they were the favourites for the match. In fairness to Cork they were missing seven Nemo players or at least five or six of them, they were missing Aidan Walsh, and Colm O’Neill, he only came on as a sub. They were missing a handful of players and we were nearly at full strength so the onus was on us to go on and win the match and I couldn’t understand how pundits like yourselves were saying they were going to win the game because if they did we were in big trouble,” he said.

“Liam shot the lights out in an A versus B game last week as well and that is how he got his place. I am delighted for him that he brought the form on to the pitch again tonight. Look it was an open game and there were no sweepers in fairness to Cork and in fairness to ourselves. We both played the game man to man. It was all about the middle of the field. We lost the middle of the field in the first half but we won it pretty well in the second half and I would say we were a bit more clinical than they were and that is the reason why we won the game,” added the Kerryman Kearns.

On Evan Comerford return to action and his penalty save…

“He was a big loss last year Evan but I would say Ciarán Kenrick is a real good keeper in his own right and is playing very well in training, the two of them are good keepers. But having said that his kick-outs didn’t go very well in the first half and I think he would be the first to admit that. Out kick-outs in general were bad and I think we lost something like seven or eight while they were cleaning us on their own kick-outs which was why we were behind.”

Regarding the switches for the second half working and giving you more possession to take control of affairs, Liam thought..

“Again if you have the ball and have possession you can do that, we didn’t have it in the first half but once we got it into our forwards, we know we have good forwards we have proved that plenty of times so. Yes, I think it was all about who had possession of the football, he added.

“We have four games on the road so that’s our first one. We have two up north back to back which are our last two matches against Cavan and Down. I don’t know who made up the fixtures but you would think they would give us one at the start and one at the end. But now we will have to go to Cavan on a Sunday, coming back down, and then going back up the following Sunday again to Down. I don’t think that is right to be honest with you. We know we have a very tough schedule so we have to pick up points away from home and we came here and picked up two today and I would say we will need another two. Our goal is to stay in Division 2, the last time Tipperary were in Division 2 (2010) they were relegated straight away. Look we prepared well for this game and we came here expecting a result.”

The returned Sean Carey and other options available

“Sean is a good addition he is working hard, we are trying to get him into shape but he is not in the best of shape at the moment. John Meagher, I was very pleased with John Meagher today, he came in and did a good job. Ruari Deane was causing us a few problems in the first half but when John came on he nullified that. Jimmy (Feehan) was not quite at his best tonight, but it is great to have John Meagher involved, he has had a lot of trouble with injury so I was delighted for him that he got on the field and got a run today and did so well.”

Besides the result what pleased you most today…

“The second half performance yes. I wasn’t happy in the first half as I said but the workrate I thought was very good and just their attitude. At half-time we discussed about how we were going to get into the game in the middle of the park and in fairness they went out and took over in the second half. Liam Casey came in at half-time and made a big change and I thought Jack Kennedy did very well when he went to wing-forward and we also brought Mikey (Quinlivan) out and he did well and we started to get results in most areas and when you start to win it in one you find you win it in others and that’s the way it went I think.”

“Yes a great goal, he is capable of that. I thought he should have had one in the first half he was one-on-one and I’d have put my house on him but he didn’t get it. But they had a few chances too. Steven O’Brien stopped a great one off the line and flicked it out and there was another one which hit the post. And we had our chances at the other end. That’s the type of game it was, both team played without sweepers and it was an open game.”

Squad depth has been your achilles heel in the past are Tipperary in a better place now?...

“You are going to need a panel this year it is as simple as that and we have strength in our panel, we don’t know how much yet but certainly we were able to make a few changes there and we got the job done. I suppose we are missing Philip Austin, Kevin O’Halloran and Paddy Codd but other than that we had a clear enough bill of health and we had a good bit of work done and we knew we were in pretty good shape coming in.

“We are working on our squad all the time and we definitely have increased our options. I mentioned John Meagher and Steven O’Brien both of them have come in. Liam McGrath, Liam Boland are all second season now, Emmet Moloney is second season too. Tonight we didn’t have Philip Austin, Paddy Codd, Kevin O’Halloran but they’ll all hopefully be back, Sean Carey was mentioned he is there, Kevin Fahey is going well, Ian Fahey has got over his injury. You’re going to need strength.